"Robin's sobriety was intact and he was brave," writes Susan Schneider 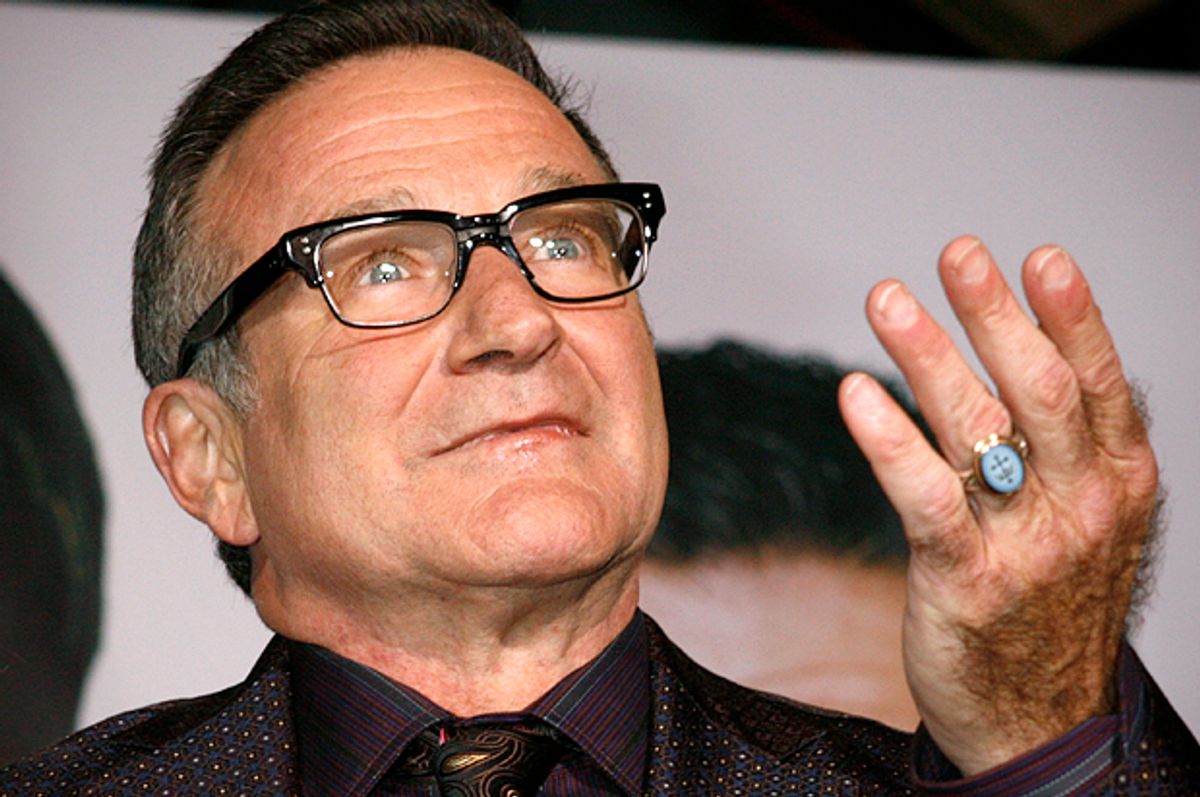 Susan Schneider, the wife of late actor and comedian Robin Williams, has issued a statement subsequent to the death of her husband earlier this week. In it, she reveals that the actor, who'd suffered from depression and addiction, had been sober at the time of his death, and had hidden from the public a diagnosis of Parkinson's disease. Through a publicist, Schneider writes:

Robin spent so much of his life helping others. Whether he was entertaining millions on stage, film or television, our troops on the frontlines, or comforting a sick child — Robin wanted us to laugh and to feel less afraid.

Since his passing, all of us who loved Robin have found some solace in the tremendous outpouring of affection and admiration for him from the millions of people whose lives he touched. His greatest legacy, besides his three children, is the joy and happiness he offered to others, particularly to those fighting personal battles.

Robin's sobriety was intact and he was brave as he struggled with his own battles of depression, anxiety as well as early stages of Parkinson's Disease, which he was not yet ready to share publicly.

It is our hope in the wake of Robin’s tragic passing, that others will find the strength to seek the care and support they need to treat whatever battles they are facing so they may feel less afraid.