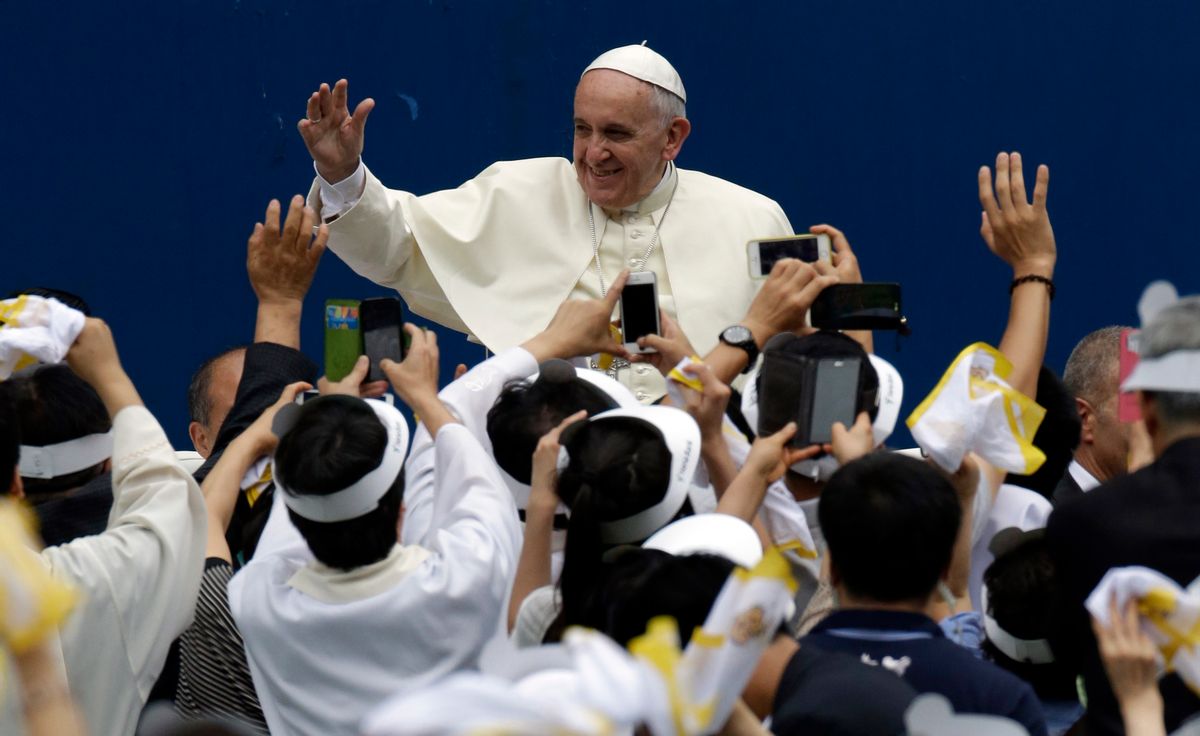 Pope Francis is greeted by the faithful upon his arrival for the Mass of Assumption of Mary at a stadium in Daejeon, south of Seoul, South Korea, Friday, Aug. 15, 2014. (AP Photo/Lee Jin-man, Pool) (Lee Jin-man)
--

County police in riot gear and armored tanks give way to state troopers walking side-by-side in solidarity with thousands of protesters in a St. Louis suburb and a peaceful night passes.

The development seems to be a sign that the two countries are taking steps to ease mounting tensions over the shipment.

3. WHAT PONTIFF IS URGING YOUTH TO DO

Pope Francis implores young Catholics to renounce the materialism that afflicts much of Asian society and reject "inhuman" economic systems that disenfranchise the poor.

His decision ends a political deadlock that plunged the country into uncertainty as it fights Islamic State militants.

The diagnosis was yet another challenge for the Oscar winner, along with depression, anxiety and his decades-long struggle to stay sober.

Scientists are pursuing an experimental way to extract drugs from tobacco plants in the fight against the virus that has killed more than 1,000 in West Africa.

The girls turned up 13 miles from where they disappeared from their family's northern New York roadside farm stand, authorities say.

The famous waterway turns 100 and is marred by doubts about the country's ability to harness the full benefits of a multibillion-dollar expansion.

A concert by Paul McCartney closes the storied venue that was home to the San Francisco 49ers and Giants.

His second-in-command, Rob Manfred, is elected by team owners to take over when Selig retires in January.