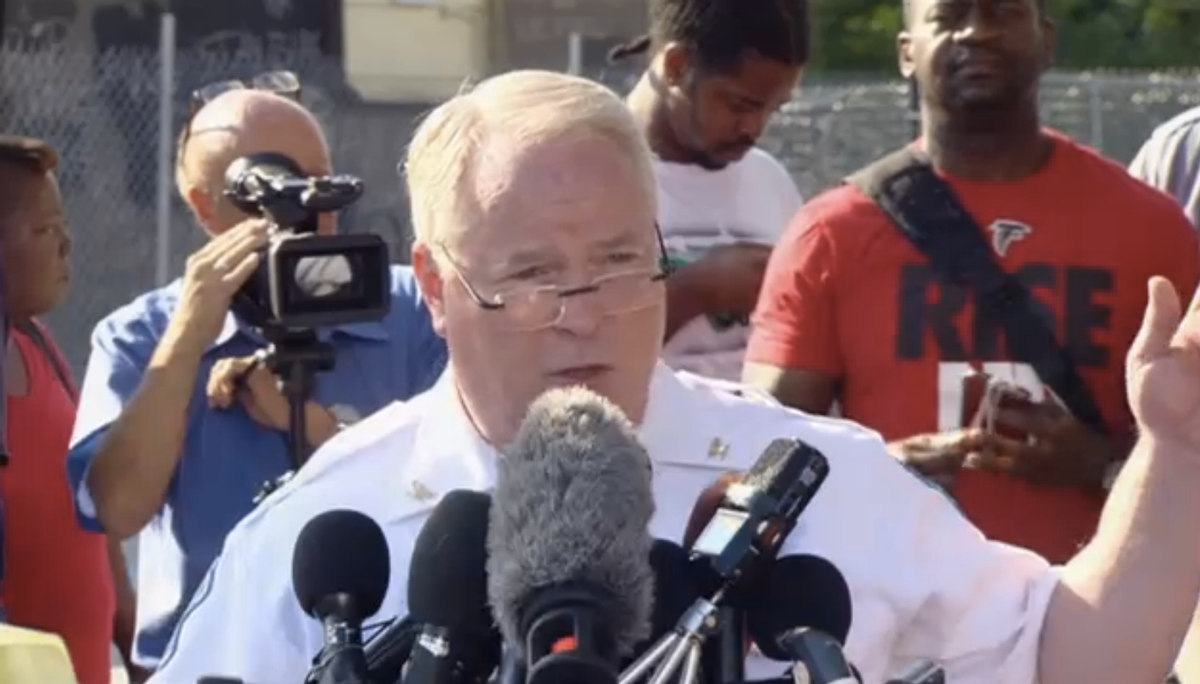 The shooting of Ferguson, Missouri teenager Michael Brown and the subsequent refusal to release the shooter's identity was responsible for inciting protests that turned violent as local police pelted demonstrators with rubber bullets and tear gas. Now, police have finally released the identity of the police officer responsible for Brown's death.

The officer that was involved was Darren Wilson who has been with the force for six years.

The name of the officer had previously been concealed because of the potential security risk. As the officer is not yet in custody, he remains vulnerable to harm. The police department noted that they had received threats against the unknown individual.

On The Daily Rundown with Chuck Todd this morning on MSNCB, Rep. Emanuel Cleaver spoke of the police's decision to withhold the name for so long, and the suspicions that decision stoked. "When you withhold the name of a person police officer, it feeds into the theory that this is going to be a white wash," he said. "We knew the name of Lee Harvey Oswald, the man who killed the president of the United States at the time of his arrest. I think that many of the people here in Missouri just said, 'Oh, we're not getting the name--they're trying to figure out how to get around prosecution."

'Hacktivist' collective Anonymous had previously claimed to know the identity of the shooter and threatened to release the officer's name if the Ferguson Police refused to do so. The collective did release a name and photograph of the alleged shooter, which, according to officials, Ferguson's mayor, and the step-mother of the accused, was incorrect. Anonymous' Twitter account was banned shortly after.