Pay no attention to the dead teenager: Ferguson Police tries to shift the blame in Michael Brown shooting 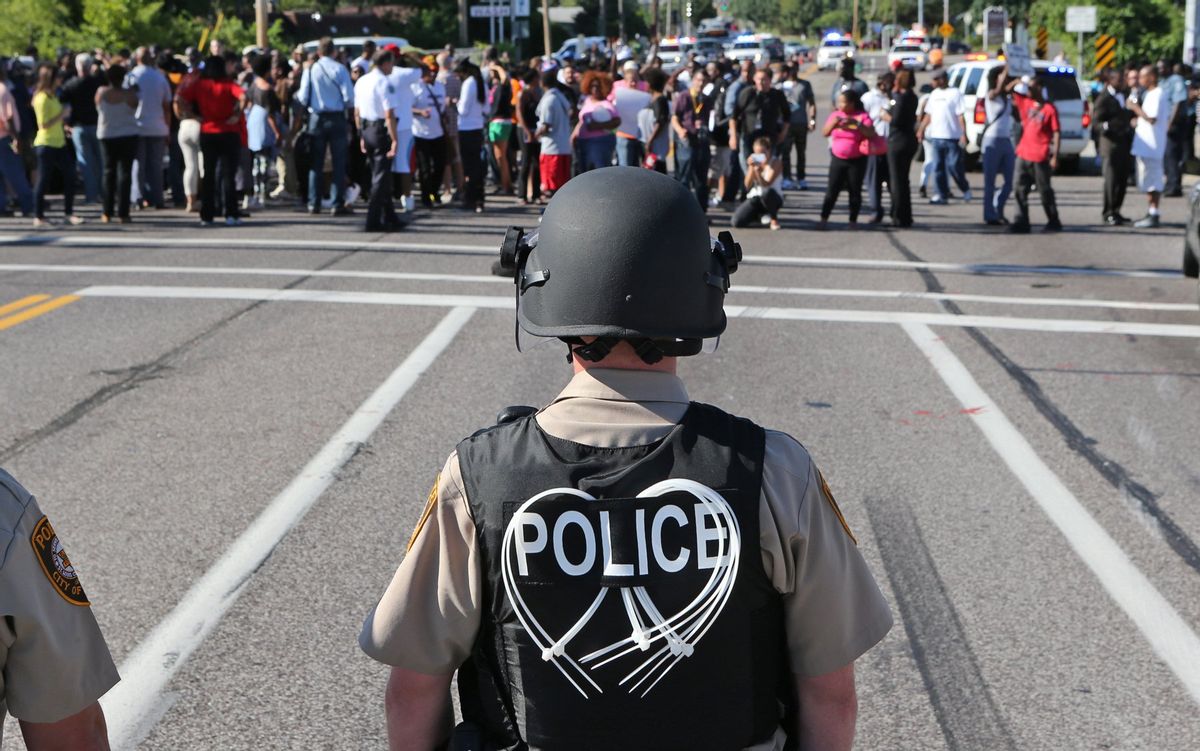 Police Chief Tom Jackson identified Darren Wilson, the six-year veteran cop with no disciplinary record, as the officer responsible for fatally shooting teenager Michael Brown in Ferguson, Missouri, yet somehow has done nothing to further our understanding of what really happened that day.

Although the withholding of the shooter's identity was what the department was most criticized for, the announcement of simply the name "Darren Wilson" does little to quell public unrest. Surely, an avalanche of questions followed the announcement: "How old is he?" "What does he look like?" "Where is he now?" None of these questions was answered and no further information was offered, leading to more confusion than ever about what really happened.

Here is what Jackson said:

From 11:48 to noon, the officer involved in the shooting was on a sick call on Glenark [Drive], there was an ambulance present. At 11:51 there was a 911 call from a convenience store nearby. At 11:52, dispatch gave a description of a robbery suspect over the radio. A different officer arrived at the store where the strong-arm robbery occurred. A further description was given over the radio that stated the suspect was walking toward QuikTrip. The officer left the sick call. He encountered the-- At 12:01, our officer encountered Michael Brown on Canfield Drive. At 12:04 a second officer arrived on the scene immediately following the shooting. At 12:05 a supervisor was dispatched to the scene and subsequent officers arrived. There have been some questions about the calling of an ambulance. The ambulance that was at the sick case at Glenark was coming by immediately following the shooting and they did respond to assess Michael Brown.

Immediately after, Jackson and his cohorts handed out an information packet about the events of the day. The 19-page packet only contained information from the incident report, in which a suspect (allegedly Michael Brown) stole several packs of Swisher Sweets cigars from a convenience store.

The problem is that this information does nothing to explain why or how Michael Brown was shot. Rather, the information provided is effectively nothing more than a smear campaign attempting to pacify reporters asking questions and change the conversation to one in which the character of Michael Brown is questioned.

Jackson said that he would reconvene with the press in the afternoon, at which point he would answer questions.