7 astounding facts about the mind-blowing cost of war

From World War II to the "war on terror," the tremendous cost of fighting is nothing short of catastrophic 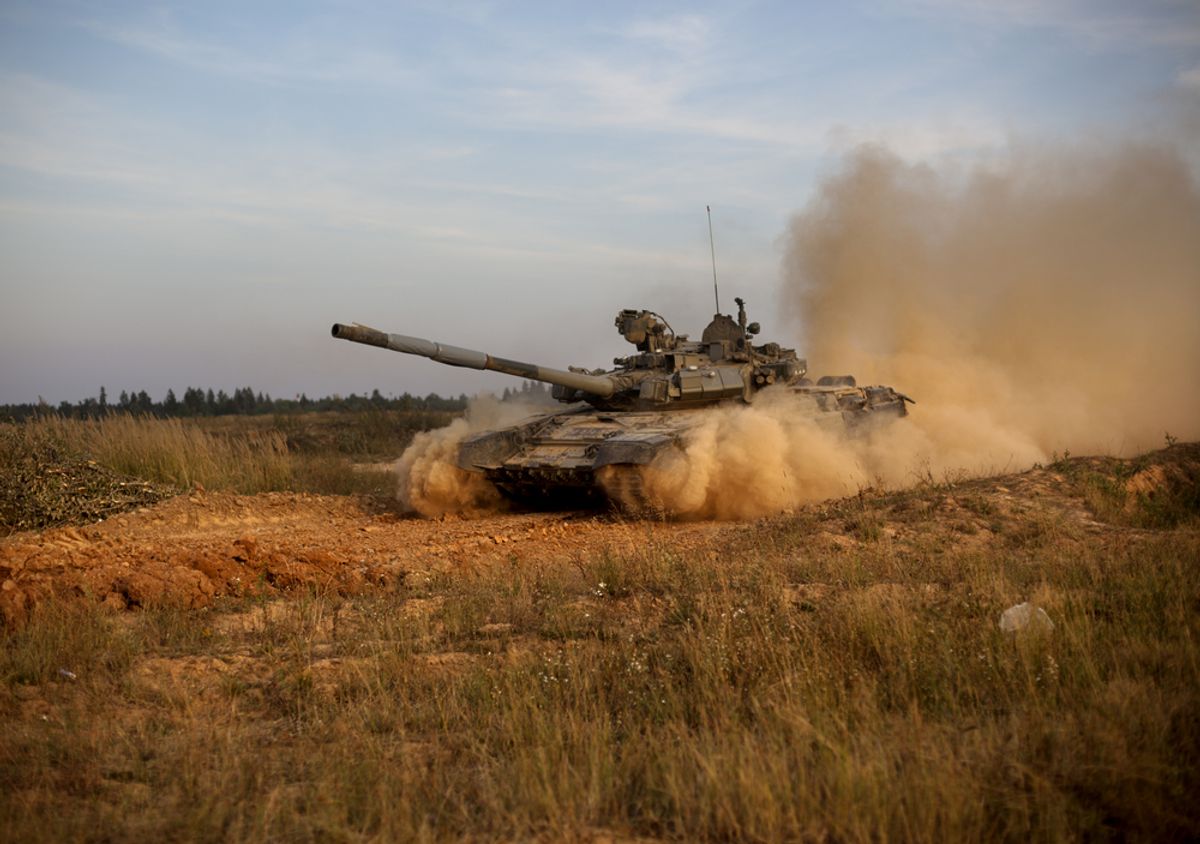 Usually August is back-to-school month, when kids pick up their shiny new books and head to class. But this time it looks a bit more like back-to-war. The war profiteers will be hatching new schemes to cash in on misery and you and I will be picking up the tab.

As the crisis in Iraq unfolds, it’s worth thinking about the tremendous cost of fighting. The loss of life is the most devastating price, but the loss of all the productive things that could have been done with the money — from teaching our children to repairing our infrastructure to giving our seniors a bit of security after a life of hard work — is nothing short of catastrophic.

Here’s a look at some of the mind-blowing costs of war.

Coming in at somewhere between $4 and $5 trillion, the second World War tops every other war ever fought in U.S. history for its incredible expense. (It also wins the prize for number of humans slaughtered and number of nations involved.)

This costly war began with Nazi Germany’s blitzkrieg against Poland in 1939, and quickly engulfed Europe. At first, the U.S. was neutral, but committed to war in 1941 following the Japanese attack on Pearl Harbor. Over the course of the four-year war, 16 million U.S. troops were deployed on two fronts, battling Germany and Japan.

The Brookings Institution gives a summary of U.S. weapons expenditures:

They told us invading Iraq would be short and cheap. That’s not exactly what happened. The U.S. has poured more money (including the ongoing cost of medical treatment) into the controversial “war on terror” than any other conflict except WWII. By some estimates, the price tag has already reached $4 trillion and may eventually outstrip the cost of the second World War, particularly in the wake of the recent Iraq political crisis and U.S. airstrikes against militants in Iraq.

Nobel Prize-winning economist Joseph Stiglitz, author of The Three Trillion Dollar War, has commented that the war has already had a negative effect on the U.S. economy, making it harder to respond to the downturn and invest in things like vital social services, infrastructure and education. If Republicans boost their numbers in Washington this year, you can bet on budgets set to increase military spending and shred the social safety net, actions that will further destabilize the economy.

Costing a jaw-dropping $400 billion, the F-35 fighter jet is the U.S. military's most expensive and highest priority weapon. The aircraft, which has been in development since the 1990s and has hit multiple cost overruns and delays, is meant to service the Air Force, the Navy and the Marines. The U.S. has plans to buy over 2,400 of the jets over the next several decades from manufacturer Lockheed Martin.

Winslow Wheeler, a former GAO staffer who directs the Straus Military Reform Project at the Washington, D.C.-based Project on Government Accountability, said the program could well end up in a "death spiral” of rising costs, which leads to fewer orders, which then, in turn, produces higher costs.

As Time magazine put it, the jet has become the “poster child for Pentagon profligacy.”

4. Half of what the federal government spent on the Civil War enriched war profiteers.

War. What is it good for? Lining the pockets of war profiteers.

When the Civil War started, a lot of people across the country thought it would not last long. It ended up going on for four years and involved vast numbers of soldiers that had to be fed and outfitted. The U.S. government did not have the money to pay for the war, which cost a billion on food and supplies (a huge sum at the time). So it turned to various finance schemes, including raising taxes, massive bond sales, borrowing, and printing money.

Speculators and Wall Street bankers cashed in, big time. After the Civil War, J.P Morgan became the top financial dog in America as a result of his war profiteering, which included ascam in which he purchased rifles that didn’t work from the Union for $3.50 and reselling them (still defective) right back to the Union for $22.

Profiteering was off the charts during the entire war. Greedy firms were able to jack up the cost of war materials, including uniforms made by Brooks Brothers that were of such poor quality they fell apart after a day’s march. Samuel Colt really made out like a bandit, Halliburton-style, selling his guns to both sides at high markups, and figuring out how to grease the palms of politicians who would endorse his products. Truly a trend-setter!

According to the Ploughshares Fund, the U.S. is set to blow somewhere between $620 billion and $661 billion on nuclear weapons and related programs (including environmental cleanup) over the next decade. All this for weapons that are not even particularly relevant to today’s conflicts.

The U.S. has 8,000 warheads in its stockpile making it the second largest nuclear weapons holder in the world, behind Russia. The creation of a single nuclear weapon, which includes the warhead or bomb, along with the delivery system, can cost around $85 million—or more.

According to the Brookings Institution, the legal fees paid by the Department of Energy to fight lawsuits from workers and private citizens concerning nuclear weapons production and testing activities from 1990-1995 comes to a whopping $97 million.

6. Ancient Greek armor cost as much as a modern car.

In ancient Greece, the cost of equipping a soldier with basic equipment (called a “panoply”), was very expensive, about the equivalent of a modern car.

Bronze helmets, shields, cuirasses, and greaves had to be fashioned by a highly skilled craftsman, and soldiers had to pay for their own outfitting. Unless you were rich and could afford an attendant, you’d have to tend to this equipment yourself to keep it in good shape after getting banged up on the battlefield.

Panoplies were often handed down from father to son because of the expense, and the quality of panoply you owned was a good indication of what class you came from.

7. Dick Cheney is getting really excited about more war.

As of spring 2013, Dick Cheney’s Halliburton had made $39.5 billion on the Iraq war in the form of contracts for military bases, oil field repairs and various infrastructure rebuilding projects. (Cheney served as chief executive of Halliburton until he stepped down to become George W. Bush's running mate in the 2000 presidential race. He kept right on collecting compensation of up to a million dollars a year from the company after becoming vice-president.)

The neocon war profiteer is hoping that the good times are not yet over. As the Daily Banter has noted, Cheney has been hopping around the media circuit this summer criticizing President Obama for withdrawing from Iraq and Afghanistan. He warns of deadlier terrorist attacks than 9/11 on the horizon, and appears to be hoping for something nuclear, as he intimated to right-wing radio host Hugh Hewitt:

“I think there will be another attack. And next time I think it’s likely to be far deadlier than the last one. You can just imagine what would happen if somebody could smuggle a nuclear device, put it in a shipping container, and drive it down the Beltway outside Washington DC.”

Though radio listeners could not see them, dollar signs were rumored to appear in Cheney's eyes as he spoke.