From "I Go Crazy" to "Don't You (Forget About Me)," songs that perfectly capture the spirit of '80s teen movies 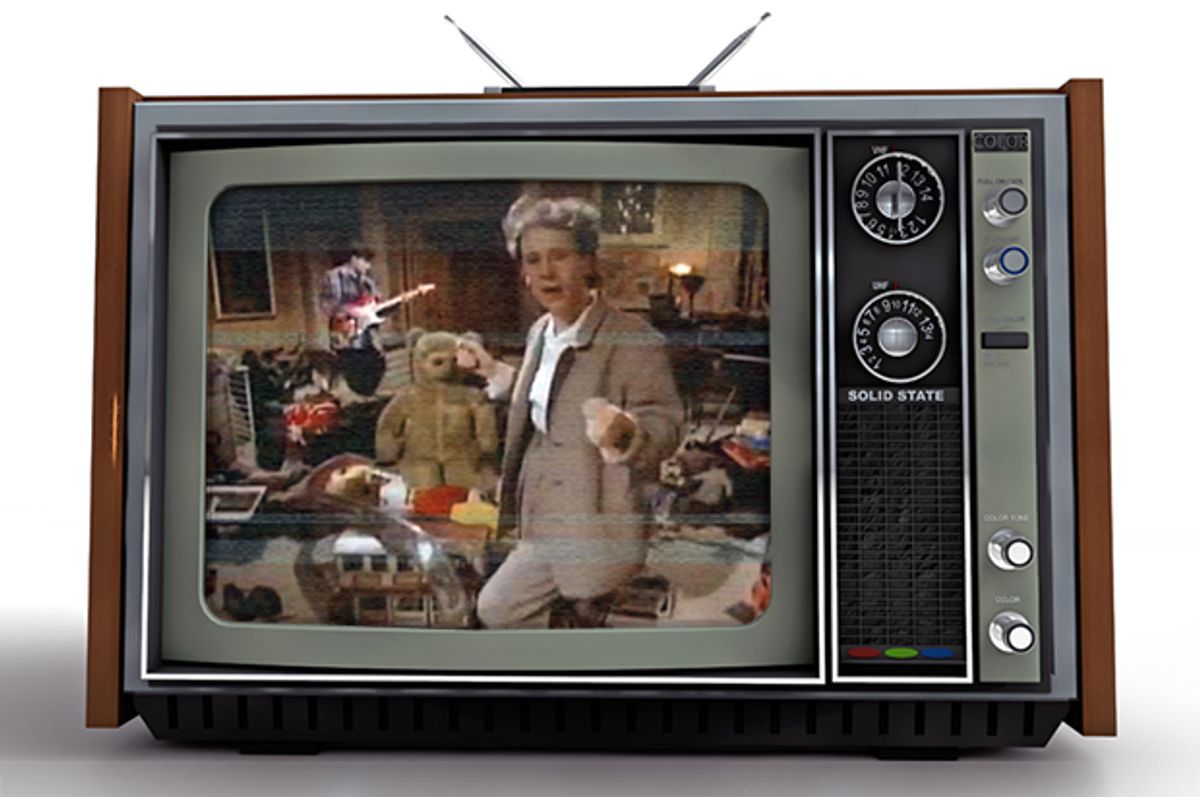 The high schools of '80s teen movies may be best known for showing us stereotypical high school cliques — jocks, preps, nerds, punks, etc. — navigating their adolescent traumas and dramas. But these films also produced some of the most moving pairings of music and plot. There are so many memorable moments, it's hard to narrow them down. But these 12 jams are some of the best at conveying the adventurous spirit of the decade's high school teen movies.

Ravyns, "Raised On The Radio"

"Fast Times at Ridgemont High" inarguably boasted one of the best soundtracks of the '80s high school teen movies. One of its more underrated cuts is this nostalgia-misted tune, a perfect example of the sweet, simple romances that played out over the airwaves in the '80s.

Thompson Twins, "If You Were Here"
The end of "Sixteen Candles" is one of cinema's most iconic moments: Sam Baker (as played by Molly Ringwald) finally sharing a smooch with her stoic dreamboat Jake Ryan. The satisfying scene is even more enduring thanks to the song playing: Thompson Twins' "If You Were Here," an understated tune with delicate synth shards and a lush melodic underbelly.

OMD, "If You Leave"
By 1986, OMD had fluffed up their synthpop with increasingly swooning sentiments and lush production. The tune they penned for "Pretty in Pink" is peak lushness, between the saxophone bridge and aching lyrics about the end of a romance: parting ways after experiencing one last night together.

Plimsouls, "Oldest Story in the World"
L.A. power-pop group the Plimsouls appeared in "Valley Girl" as the resident bar band at Nicolas Cage's favorite watering hole. During the scene in which he's moping and mooning over his beloved Julie, the group is filmed playing this impossibly heartbroken song, an R.E.M.-ish slice of melancholic twang-jangle.

Flesh for Lulu, "I Go Crazy"
An alternative band somewhere between Gene Loves Jezebel and Jesus and Mary Chain, Flesh for Lulu is responsible for "I Go Crazy," a Britrock trifle with sandpaper guitars and synth swirls that received a boost from being in 1987's "Some Kind of Wonderful."

Q-Feel, "Dancing in Heaven (Orbital Be-Bop)"
Q-Feel features Martin Page, who was later known for the '90s hit "In The House of Stone And Light" and for co-writing Starship's "We Built this City" and Heart's "These Dreams." However, the group's starry-eyed, hi-NRG electro cut was ideal to bolster the climactic dance contest scene in 1985's "Girls Just Want to Have Fun."

Charlie Sexton, "Beat's So Lonely"
Charlie Sexton is currently a member of Bob Dylan's backing band, but circa his song's appearance on 1987's "Some Kind of Wonderful," he was a hotshot singer-songwriter with a massive hit: "Beat's So Lonely," a retro-soul-blues number rife with scorched guitar and '50s-greaser teen angst.