"Is my son on trial? Or is his killer on trial?": Trayvon Martin's father discusses death of Michael Brown 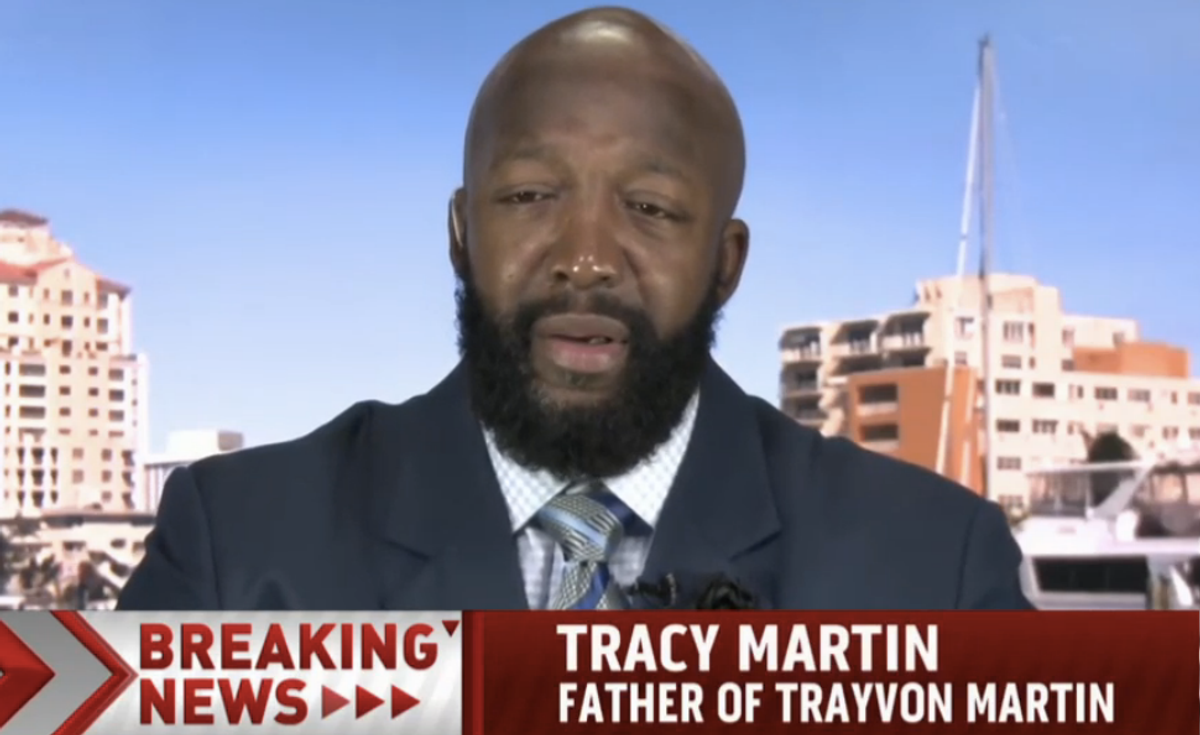 On Sunday, MSNBC's Alex Witt spoke to Tracy Martin, the father of Trayvon Martin, who was shot and killed by George Zimmerman in 2012. Zimmerman was acquitted of second-degree murder in the summer of 2013.

In a heartbreaking conversation Martin pointed the similarities between his son's death and the killing of Michael Brown -- especially attempts to smear the character of these deceased teens.

Martin explained that sometimes he would wonder: "Is my son on trial? Or is his killer on trial?"

He also had a wise and important response to Witt's questions of how to end the "alienation that many young black men feel" and the antagonization they face at the hands of the police.

"First, you have to understand that we as an African American community -- we have to break the stigma," Martin told Witt. "We have to come together as human beings and say that African American lives matter just as much as any other ethnicity group life matters."

"In America we have a real issue with discussing race," Martin continued. "No one wants to discuss those issues. We understand that racism is alive and well, and we just have to be able to sit down at the dinner table at the end of the day and discuss these issues."

Watch this moving interview below: