My body was going nuts: How I thought about sex as a teenage evangelical virgin

Growing up, I learned that lustful thinking was dangerous. Decades later, I'm still dealing with the aftereffects 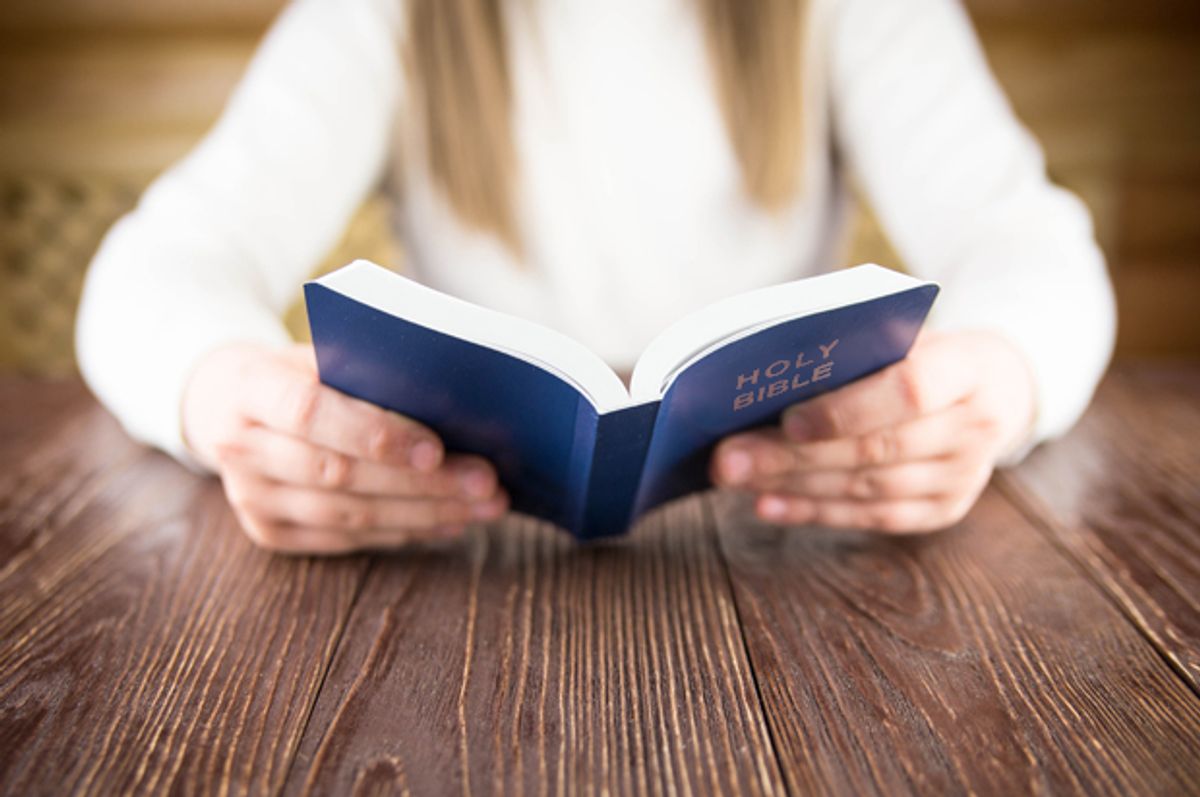 To write about contemporary evangelicals, especially if one is no longer an evangelical and is not writing for an evangelical audience, can quickly turn into target practice. I spent whole decades taking aim, though usually just during parties in San Francisco, where an evangelical past makes you a little bit exotic. At least that’s what I hoped. But even if you’re not taking aim yourself, you can inadvertently line up the easy shot for those inclined. Nuance, in discussing extremists, is rare. And much of this is the fault of evangelicals themselves, with what is too often an all-or-nothing approach to, say, the literal interpretation of the Bible, narrowly defined moral absolutes, a deep-seated anti-intellectual prejudice. And then there are the many public examples of evangelical Christianity’s disgraced ambassadors.

Sex scandals are particularly powerful, in part because of the strength of the whole wedlock injunction and the desperate measures taken to prevent extramarital fornication from about the age of 12 on. In my town of about 3,000, largely if not exclusively evangelical, prayer was our first line of defense against the call of the body. And as a 12-year-old, once you figured out that something felt good “down there” you didn’t have to go through a church seminar to know it was probably against God’s will. To be saved for marriage, is the way my mother put it when, clueless, I inquired. I wised up enough on the spot not to push her for clarification. (What, exactly, should be saved? Touching oneself? Orgasm? Not that I had the word orgasm. Quickening seemed to be the closest thing the Bible offered.) I never talked to my dad about it. He’d been a minister, like my grandfather and great-grandfather, but one day he was at home with us, and then the next day — or so it had seemed to me when I was 6 years old — he had a new home in the next town, a new job, a new girlfriend, and a new baby on the way. Clearly, sex carried with it many dangers.

And with sex, it wasn’t just actions you had to guard against, it was thoughts, too. So you prayed not to have thoughts. But who knew which thoughts were dangerous until the feeling announced itself again? It was a mystery. And praying not to have a thought is like trying not to think about an elephant. So there were other methods of discouragement besides prayer, like public confessions. On testimony nights at church, or during revivals, or at camp meetings, the preacher would preach at you for hours, convincing you that God could see into your heart and that if you would just lay your burden down you’d feel so much relief. And we were 12 and 13, 15 and 16. Our bodies were going nuts. We felt guilty about it, of course we did. And God could see! Horrifyingly, we confessed, sometimes at the altar to one other person, sometimes in front of large groups. This was humiliating enough in itself to take care of lustful thinking for at least 24 hours. Even listening to the confessions — thankfully as far as I ever got — was excruciating.

So fast-forward 30 years. I’ve been out of that culture for a long time. I’ve also left behind a lot of the anger I carried around in the intervening decades, time I spent trying to understand how shame-inducing some aspects of my childhood were, etc. We all come from somewhere, after all, and every place, every family, has its own complications. I ended up married very young, while still in the church (no premarital sex is a good way to ensure young marriages!). I got divorced while still young. It was friendly. Relatively little harm done. I started writing fiction during that first marriage, and eventually I started teaching fiction writing. And when you teach fiction writing, especially to adults, you find yourself struggling to put narrative instincts into words. Lately I’ve started to reflect on the evangelical nature of my upbringing and how those early years might intersect with the professional and creative efforts of my midlife.

There’s the obvious — the practical matter of the Bible, how knowing this text backwards and forwards comes in handy when reading Western literature with its endless references. And the Bible is a rich book of stories, with dramatic characters who act out (Rahab the harlot; the daring — and titillating! — Ruth and Esther; many acts of Jesus himself), or who make decisions they pay for dearly (Abraham, who never saw the promised land; Lot’s wife, who looked back toward home, in spite of herself, and was turned into a pillar of salt; Peter and his three sad denials). It would be difficult to call the Bible novelistic, but it shares, in many of its stories, the irreducible mix of mystery and consequence of great fiction.

And I’d say that a strong — perhaps overactive — sense of consequence is at once the most serenity-compromising yet artistically useful inheritance from my childhood. Consequence is key in fiction. What’s at stake for your point-of-view character? is such a common question in writing classes that it’s become cliché, but not without good reason. Readers need to experience the way a character’s decisions and actions create compelling conflict until that character learns, or achieves, or irrevocably loses, something of great value.

Spending one’s early years under the assumption that hell (either the after-death kind or the kind you go through in the meantime, after, say, public confession) awaits those who screw around in thought or in deed — pitted against the abject irresistibility of developing sexuality — results in the heavy imprinting of a timeless dramatic template. The temptation is great, the threshold of transgression is low, and the stakes are already impossibly high.

Angela Pneuman was raised in Kentucky, is a former Stegner Fellow and teaches fiction writing at Stanford University. Her collection "Home" Remedies was hailed as “call[ing] to mind Alice Munro” (San Francisco Chronicle). Her debut novel, "Lay It On My Heart," is on sale now.