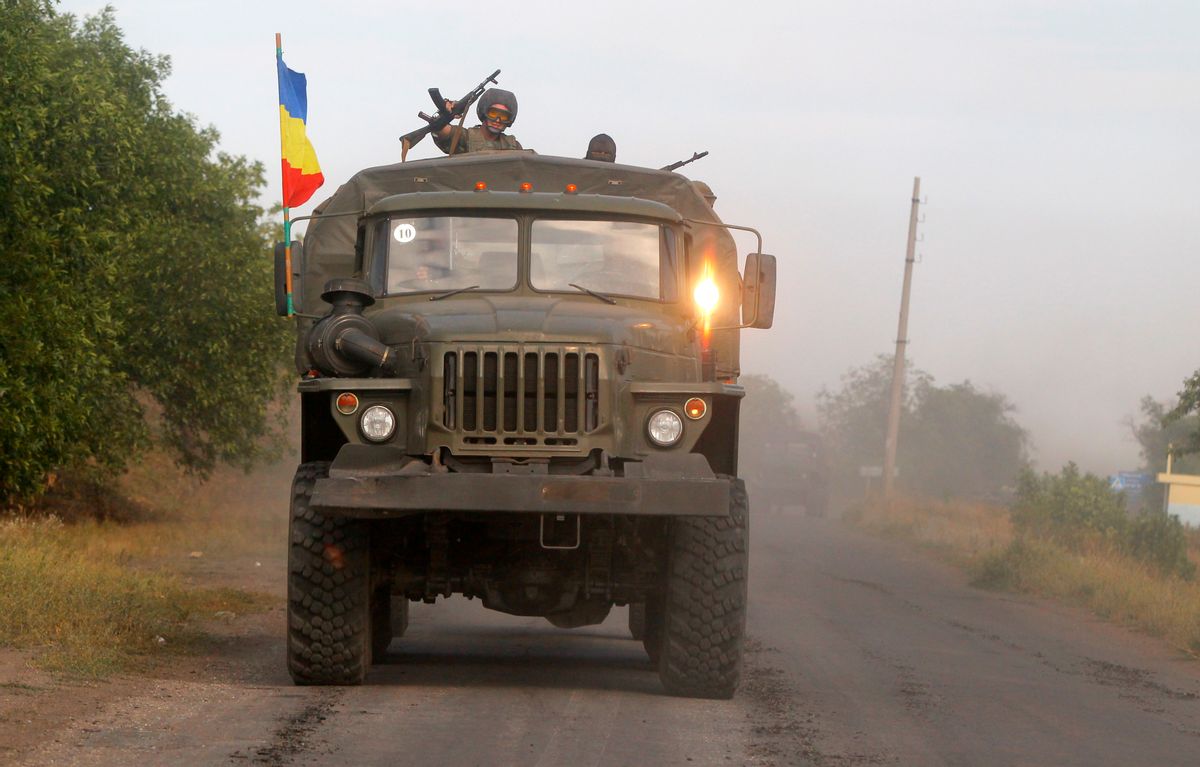 Pro-Russian rebels ride on a truck in the town of Krasnodon, eastern Ukraine, Sunday, Aug. 17, 2014. A column of several dozen heavy vehicles, including tanks and at least one rocket launcher, rolled through rebel-held territory on Sunday.(AP Photo/Sergei Grits) (AP)
--

The "extraordinary circumstances" surrounding the death of 18-year-old Michael Brown in Ferguson and a request by Brown's family prompt the decision, the Department of Justice says.

Kurdish forces, backed by U.S. and Iraqi airstrikes, wrested back part of Mosul Dam from Islamic militants who had captured it less than two weeks ago, security officials said.

Ukraine's national security council said government forces captured a district police station in Luhansk in what could be a breakthrough development.

4. WHAT POPE SEEKS FROM CHINA

During his visit to South Korea, Pope Francis says he wants a 'fraternal dialogue' with Beijing as a means of improving relations.

Looters in Monrovia raided a quarantine center for suspected patients and took items including bloody sheets and mattresses, which could further spread the deadly disease, officials said.

Gov. Rick Perry, a potential 2016 presidential candidate, is defending the veto that led a grand jury to indict him on two felony counts of abuse of power.

Inventory tops 5 million barrels for the first time since 1977, according to the Kentucky Distillers' Association.

Drilling your kids on simple addition and multiplication may pay off in later math success, says Dr. Kathy Mann Koepke of the National Institutes of Health, which funded the research.

9. HOW SURFING CAN EXTEND SOME LIVES

Since salt water in the ocean helps clear out the mucus that builds up in cystic fibrosis patients' lungs, organizations have started to teach those with the disease how to "hang 10."

Florida State, the defending national champion, is preseason No. 1 for the sixth time.