Bo Dietl also doesn't think race should be brought into the discussion, "because America has no color" 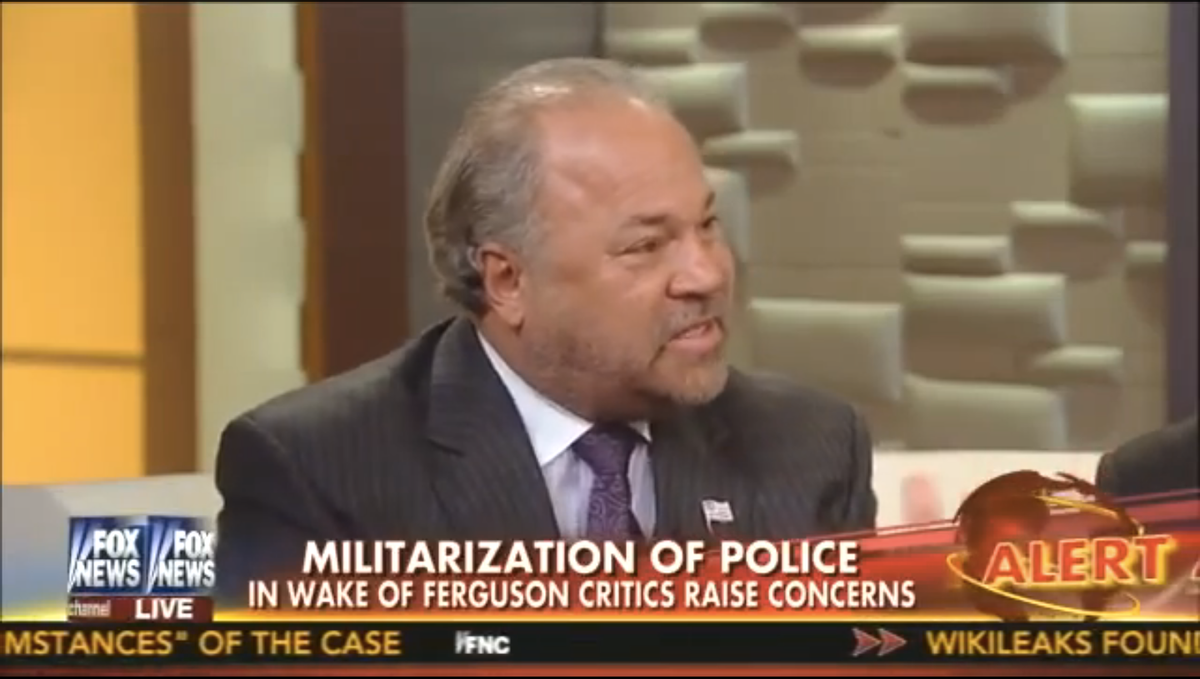 As results from a second autopsy are revealed at a press conference in Ferguson, another "expert" has decided to weigh in with his opinion. On Monday morning, Fox News contributor Bo Dietl spoke about the gunshot wound at the top of Michael Brown's head -- the wound that is said to be strong evidence that Brown was shot from above and behind -- and argued that the wound looked like that because that's how bullets work.

"When you're in a shoot-out, and you're firing away, and you stop, and you're shooting the torso, you're trying to stop somebody," Dietl continued. "I don't know how he got hit in the head, but bullets go that way. He was trying to stop this guy, obviously."

Why does Fox News insist on being contrarian when all the evidence points strongly in one direction? Why does it insist on taking the side of the white state employee when a black teen is killed, yet is too happy to condemn local government for stifling our civil liberties in basically any other situation?

Fox News host Steve Doocy pointed out that an autopsy had found that Brown had been shot six times: four times in the right arm, and twice in the head. But he said that people were more concerned with the “violence and the looting.”

All three also agreed that Missouri Highway Patrol Captain Ron Johnson, the newly-appointed leader of the policing effort in Ferguson, had gone too far by sharing his experiences as a black father, and for apologizing for Brown’s death to an African-American church on Sunday.

“Apologize for what?” Kerik asked. “The grand jury hasn’t concluded its investigation yet. You have to wait for the evidence. And Ron Johnson, any prosecutor, any cop knows that.”

Dietl continued with his uninformed opining: "To do something like this before all information has been finalized is wrong. Just maybe, the cop was right. Maybe he was getting beat up. We don't know what happened. Also, remember, [witnesses reported that] he got shot in the back. Now it comes up he was shot in the front."

Actually, witnesses have always reported that he was shot in the front as he raised his arms to surrender. The gunshot wound to the head is unrelated, because it appears to have entered from above when he was already leaning forward.