Sunday was the most violent night of protests to date 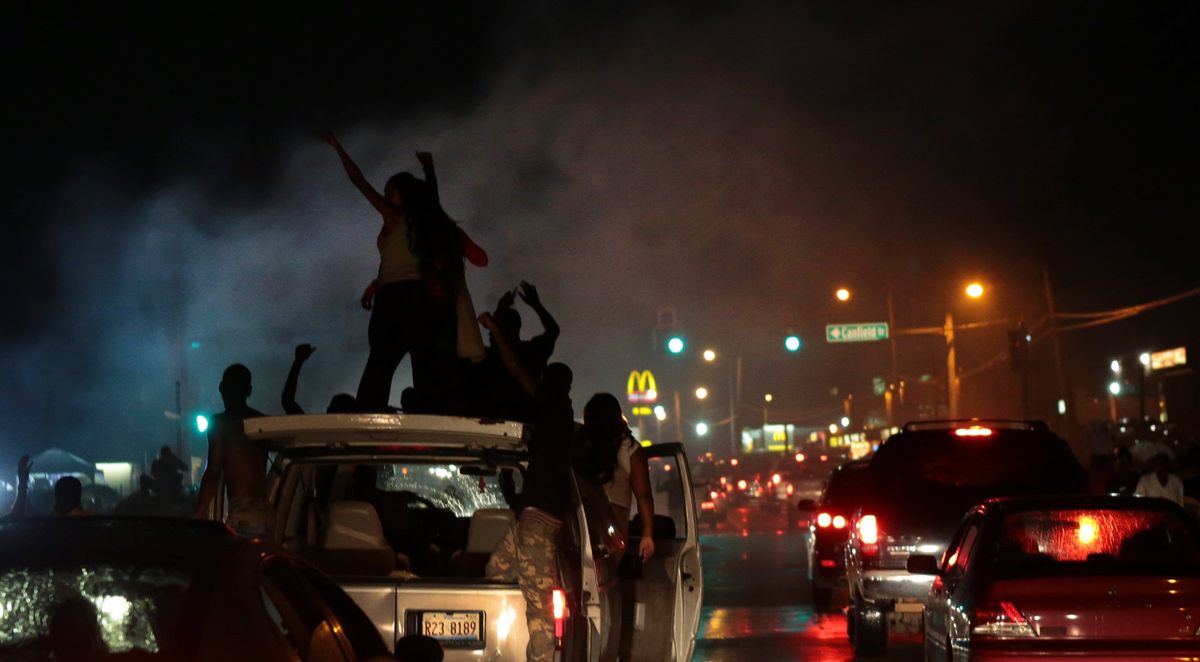 Tonight, a day of hope, prayers, and peaceful protests was marred by the violent criminal acts of an organized and growing number of individuals, many from outside the community and state, whose actions are putting the residents and businesses of Ferguson at risk. I join the people of Ferguson, and all Missourians, in strongly condemning this criminal activity that included firing upon law enforcement officers, shooting a civilian, throwing Molotov cocktails, looting and a coordinated attempt to block roads and overrun the Unified Command Center.

Sunday night marked the second day of the mandatory curfew imposed by Gov. Nixon, but even before the curfew had gone into effect at midnight, protesters and police officers clashed. While the large majority of protesters have remained peaceful throughout nightly demonstrations during the past week, others reportedly grew violent in an attempt to provoke the police. According to the New York Times, protesters threw Molotov cocktails and shot at the police.

Captain [Ronald S. Johnson, the Missouri State Highway Patrol captain] said that at 8:56 p.m., hundreds of protesters had descended upon the area of the command post. Soon, he said, "multiple Molotov cocktails were thrown at police." The police responded with tear gas.

The captain said that after that episode, the police had received reports that a McDonald's restaurant had been seized by the demonstrators. Meanwhile, police officers were being targeted with bottles, Captain Johnson told reporters.

"Based on these conditions, I had no alternative but to elevate the level of our response," he said.

Capt. Johnson has been known for his sympathy for the protesters and their cause, as well as his conciliatory attitude. Sunday night, however, saw the largest show of police force thus far, involving tear gas, smoke canisters, rubber bullets and hundreds of officers in riot gear. According to the Huffington Post's Ryan J. Reilly, one civilian was shot and at least seven were arrested, while numerous journalists were detained. Still, the streets were clear before midnight.

There have been conflicting reports of what actually happened on the ground -- active protester Alderman Antonio French has become a supporter of the imposed curfew citing a group of rebels, while others claim that reports of looting are exaggerated. It is clear that the truth is much more complicated than authorities would have the public believe.

Sunday's riots followed results of a private autopsy that found that Brown was shot at least six times, and the announcement by Attorney General Eric Holder that there would be an additional autopsy to be undertaken by a federal medical examiner.