The comedian issues a scathing indictment against the police and government in Ferguson, Missouri 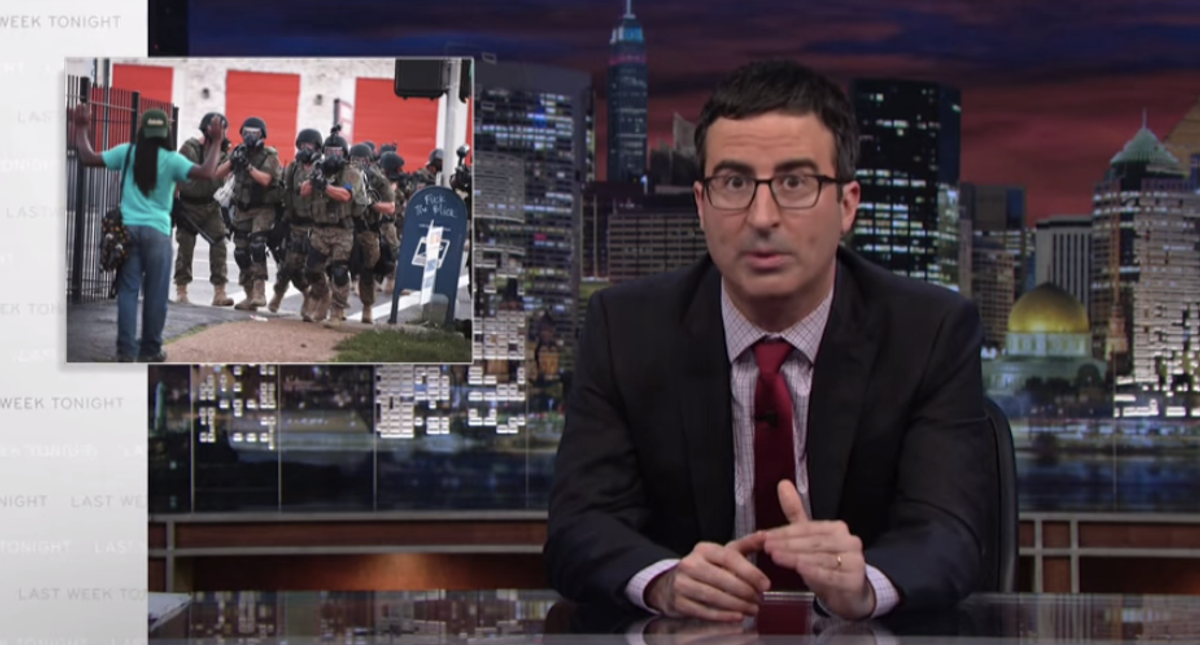 The way the Onion's pithy headlines can be so cathartic during a national tragedy, for 15 minutes on Sunday's "Last Week Tonight," host John Oliver helped process the nation's collective frustration and anger at the police in Ferguson, Missouri. During the past week, the police shot and killed an unarmed black man, subsequently used excessive force against protesters and journalists during the days that followed, and then imposed a curfew on the community who spoke out against the multiple injustices.

Oliver called out the Ferguson police department's racism, our country's irrational militarization of police forces, and the governor's selectively applied logic when punishing the maligned community, concluding that "this is a top down problem."

"You took a community tired of being treated like criminals, and imprisoned them all in their own houses for a night," Oliver said, criticizing Gov. Nixon.

He continued, delivering a scathing indictment: "If even the governor can't distinguish between the good and the bad elements of the community, and decides to punish everyone equally, then that should go both ways. I know the police love their ridiculous unnecessary military equipment, so here's another patronizing test: let's take it all away from them, and if they can make it through a whole month without killing a single unarmed black man, then -- and only then-- can they get their fucking toys back."