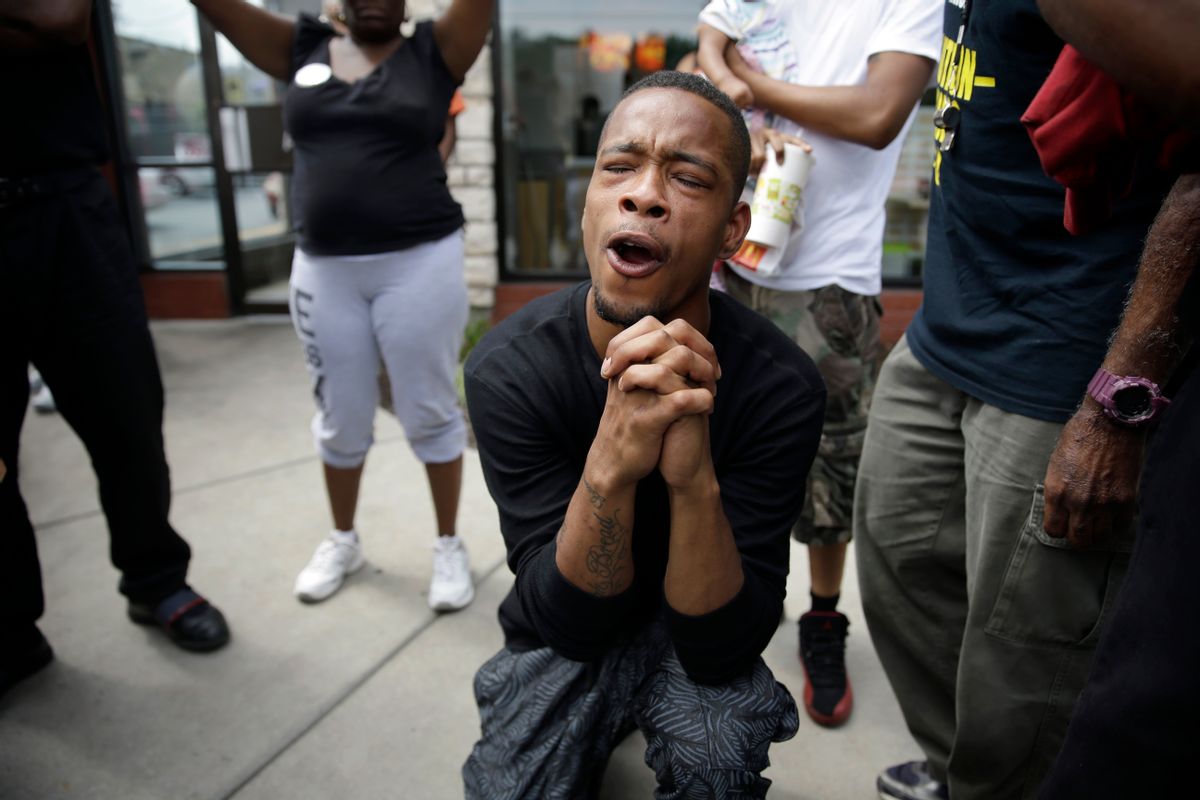 A man bends down in prayer as police try to disperse a small group of protesters Monday, Aug. 18, 2014, in Ferguson, Mo. The Aug. 9 shooting of Michael Brown by police has touched off rancorous protests in Ferguson, a St. Louis suburb where police have used riot gear and tear gas. Gov. Jay Nixon ordered the National Guard to help restore order Monday, while lifting a midnight-to-5 a.m. curfew that had been in place for two days. (AP Photo/Jeff Roberson) (AP)
--

1. WHAT AN INDEPENDENT AUTOPSY FOUND

Kiev accuses pro-Russia separatists of killing dozens of civilians in an attack on a convoy fleeing a besieged rebel-held city, an accusation rebels have denied.

Francis says efforts to stop Islamic militants from attacking religious minorities in Iraq are legitimate, and that it should be a global effort on how to intervene.

Egypt announces a 24-hour extension in peace talks between Hamas militants and Israel so that a long-term arrangement in the Palestinian territory can be reached.

7. THE EFFECT OF FRACKING ON TEMBLORS

A study finds that man-made earthquakes cause less shaking and in general are about 16 times weaker than natural earthquakes with the same magnitude.

A study finds that poachers killed an estimated 100,000 elephants across Africa between 2010 and 2012, a huge spike in the mammals' death rate.

9. HOW AN ICONIC FOOD CHAIN IS TRYING TO CHANGE ITS IMAGE

McDonald's is growing frustrated with its reputation for serving cheap, greasy fare, and they're courting the media to change that perception.

A wrist injury will sideline reigning champion Rafael Nadal, meaning Novak Djokovic and Roger Federer will be the players to beat in tennis' final major.