A month later, prosecutors may finally decide to press charges against NYPD officer who choked Garner to death 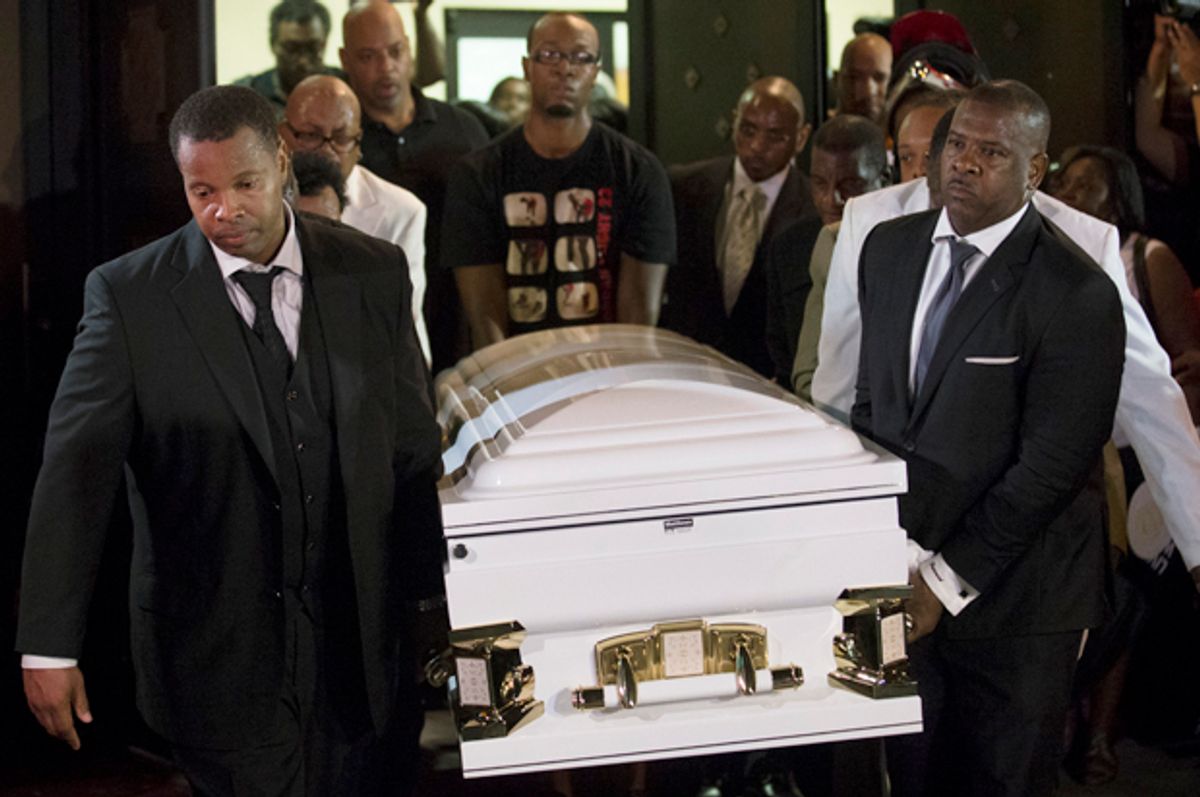 A special grand jury will be convened to examine evidence regarding the circumstances of Eric Garner, who died as a result of a chokehold placed on him by a New York City police officer last month, according to Staten Island District Attorney Dan Donovan. A court granted Donovan's application for a grand jury on Monday.

Here is the full statement released by Donovan's office:

"Based upon the investigation that my office has conducted to date regarding the July 17, 2014, death of Eric Garner, and after a careful review of the recent findings of the Medical Examiner regarding the cause and manner of Mr. Garner's death, I have determined that it is appropriate to present evidence regarding the circumstances of his death to a Richmond County Grand Jury. Yesterday, the Court granted my application for the impaneling of an additional Grand Jury and I intend to utilize that Grand Jury sometime next month to begin presenting evidence on this matter.

Mindful of the solemn oath to enforce the law that I took when I was first sworn into office as District Attorney in January of 2004, and with a full appreciation that no person is above the law, nor beneath its protection, I assure the public that I am committed to conducting a fair, thorough, and responsible investigation into Mr. Garner's death, and that I will go wherever the evidence takes me, without fear or favor.

Garner's death, captured on video and posted online, was ruled by medical examiners to be a homicide, caused by "compression of the neck and chest, along with Garner's positioning on the ground while being restrained by police." A panoply of other factors also contributed to Garner's death: He suffered from acute and chronic bronchial asthma, obesity and hypertensive cardiovascular disease, the medical examiner determined.

Police suspected Garner of illegally selling loose cigarettes which led to a confrontation with officers. Witnesses said he had broken up a fight.

The video footage of Garner's death has widely circulated on the Web and shows Garner pleading with police to release him from the chokehold. Garner clearly says "I can't breathe" numerous times.

While no charges have been filed against the NYPD officer accused of putting Garner in the chokehold, department protocols specifically ban the use of chokeholds to subdue suspects.

Leaders of the civil rights community, including the Rev. Al Sharpton and members of New York's congressional delegation, have protested Garner's death and have called for a federal prosecutor to oversee the case. A march is also planned to take place, at Sharpton's direction, in Staten Island on Saturday, Aug. 23.