Geraldo Rivera on Ferguson: "The white jurors will see it one way and the black jurors another" 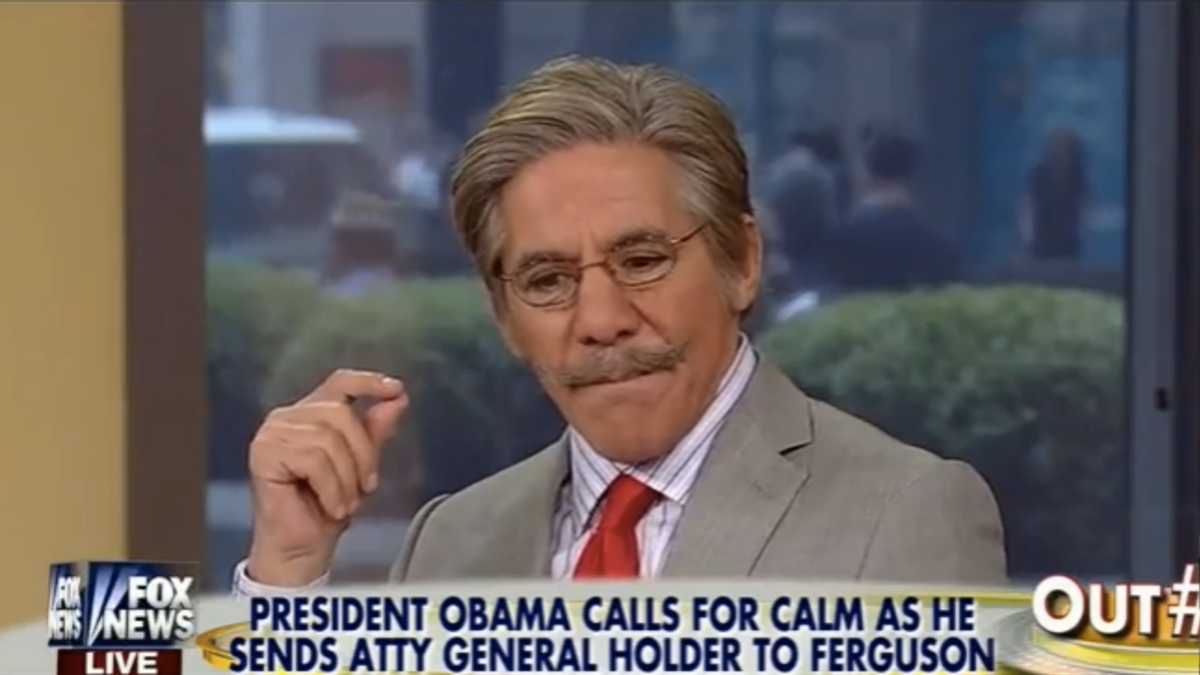 Attorney Geraldo Rivera appeared on Fox's "Outnumbered" today to offer his legal expertise regarding Michael Brown's death. In his eyes, the opinions of the grand jury, set to convene tomorrow, have already been set in stone.

Even if this wasn't a dangerously reductive statement (which it is), it also implies that Rivera has already determined that Officer Wilson is innocent in the eyes of the law and that only whites will be able to see the truth of the situation -- blacks will conflate the case of Michael Brown with every death of every black boy in the country because they think that all black people are the same! Actually, that sounds more like Rivera.

Co-host Harris Faulkner proceeded to smack him down. "You are reaching for the low-hanging fruit, and I cannot let you do that," she said. "What you're saying is that the nation is divided, particularly, in kind of a microcosm way, Ferguson, Mo., is divided black and white and that's the only issue here. That is poor-sighted, short-sighted and it's just not true ... This is more than a racial issue and for you to pick off the low-hanging fruit is offensive and it incites more of it to go on. It's irresponsible."