Is the prosecutor in charge of the Michael Brown case biased? 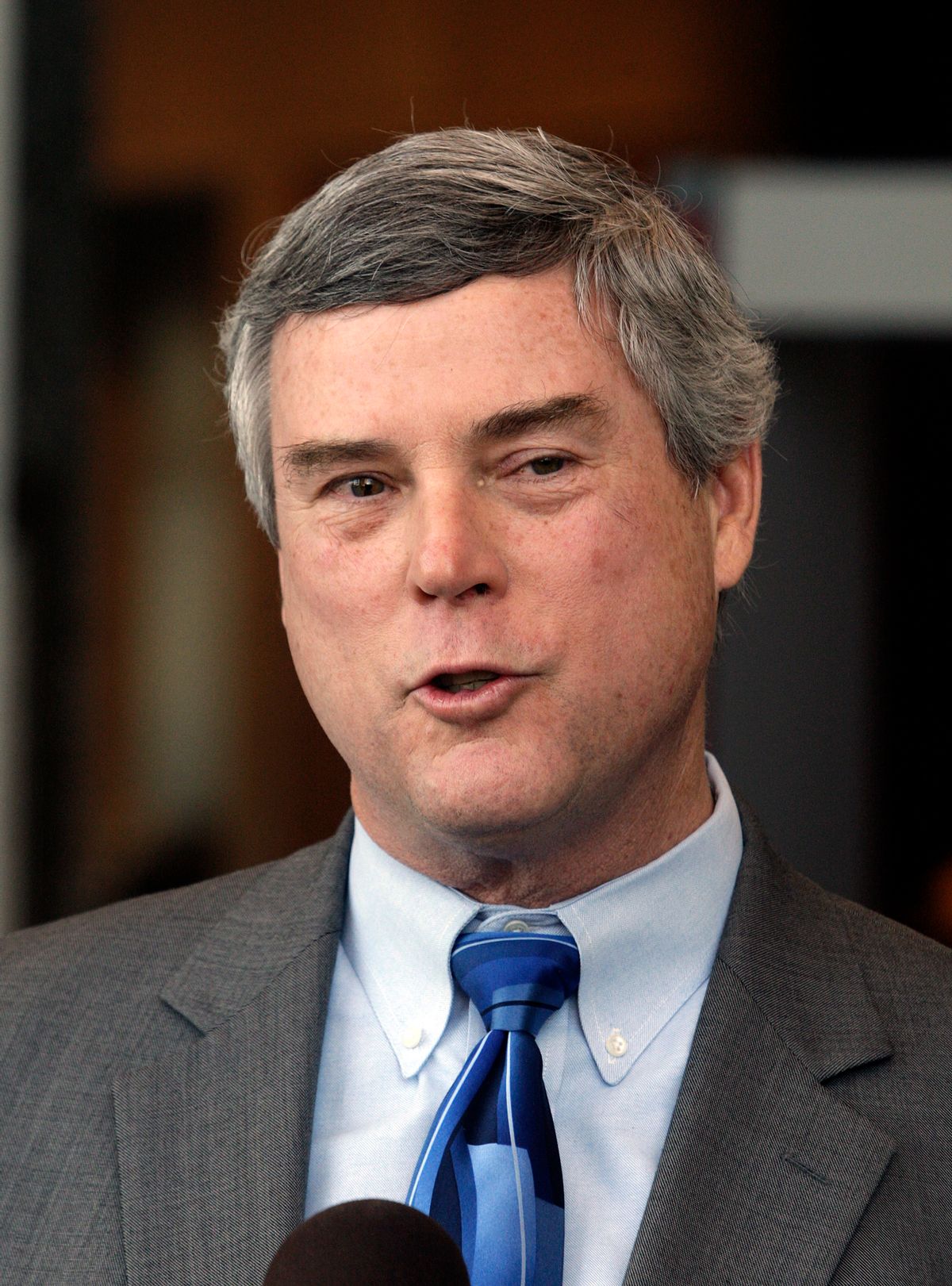 In this Feb. 10, 2011, file photo, St. Louis County Prosecuting Attorney Bob McCulloch speaks in St. Louis. The coming days and weeks will be crucial as grand jurors began hearing evidence that will help determine whether Ferguson police officer Darren Wilson is charged with a state crime for the Aug. 9 shooting of 18-year-old Michael Brown. The states case is being overseen by McCulloch, who is white, and remains in charge despite mounting pressure to step aside from some local residents and black St. Louis area officials who believe he cannot be impartial. (AP/Tom Gannam)
--

A grand jury could begin to hear evidence regarding 18-year-old Michael Brown's fatal shooting as soon as Wednesday, according to the office of the county prosecutor in St. Louis. "We're going to attempt to present evidence to the grand jury on Wednesday," said Ed Magee, a spokesman for St. Louis County Prosecutor Bob McCulloch. McCulloch is the only one who has the power to actually charge Darren Wilson with murder, if he sees fit, but some object to McCulloch being the prosecuting attorney in the case given its extremely high profile and his potential bias.

Rep. William Lacy Clay, (D-St. Louis) has been outspoken in his disapproval of the prosecutor: "We don't have any confidence in the St. Louis County prosecuting attorney's office... I have no faith in him, but I do trust the FBI and the justice department."

The prosecutor has received criticism for his disapproval of Gov. Jay Nixon's decision to put the Highway Patrol in control of keeping the peace in Ferguson, with some arguing that he disapproved of the decision to put Capt. Ron Johnson in charge. “It appears like the county police and the Ferguson police were upset because they put a black man in charge,” said Judy Jones, a St. Louis resident. “And in this country, white people don’t like black people telling them anything. That’s why they have problems with Obama.”

The prosecutor has also been criticized for his role in a 2000 case in which two black men were fatally shot by two white undercover drug officers in the parking lot of a Jack in the Box chain restaurant. According to the St. Louis Post-Dispatch, McCulloch agreed with a grand jury's decision not to press charges because of evidence that the two men had attempted to escape and drove toward the officers. A federal investigation later showed that the men were unarmed and that their car had not moved when the officers fired 21 shots, although because the officers feared for their safety, the shootings were legal.

McCulloch later said of the two slain men, "These guys were bums."

Other critics point to the fact that McCulloch has deep ties to the police: his brother, nephew and cousin have also served as police officers in St. Louis, and his father, also a police officer, was killed in the line of duty by a kidnapper who also happened to be black.

Civil rights activist Martin Luther King III has said, "He has displayed so much bias that he needs to remove himself from the case. That would be a victory for this community."

"The governor and I have known each other since he was a state senator," McCulloch recalled. As for their relationship, he added drily, "We've had our ups and downs."

The two, both Democrats, tangled occasionally during Nixon's 16 years as Missouri's attorney general. But McCulloch said Saturday that he wasn't going to replay any of those old disputes.

McCulloch appears to have a more amiable relationship with current Missouri Attorney General Chris Koster, who the prosecutor called a friend. McCulloch said they've been talking regularly since the unrest in Ferguson began...

McCulloch contends that [St. Louis County Executive Charlie] Dooley's call for a special prosecutor may be related to McCulloch's active campaigning on behalf of County Councilman Steve Stenger, who handily defeated Dooley in the Aug. 5 primary.

Regardless of public opinion, McCulloch will not be replaced unless he steps down because he is an elected official.