"It didn't come alive until you heard his voice": Lorne Michaels on the epic legacy of "SNL" announcer Don Pardo

To cast members, Pardo's voice reminded them that they'd made it. But to Michaels, it represented even more 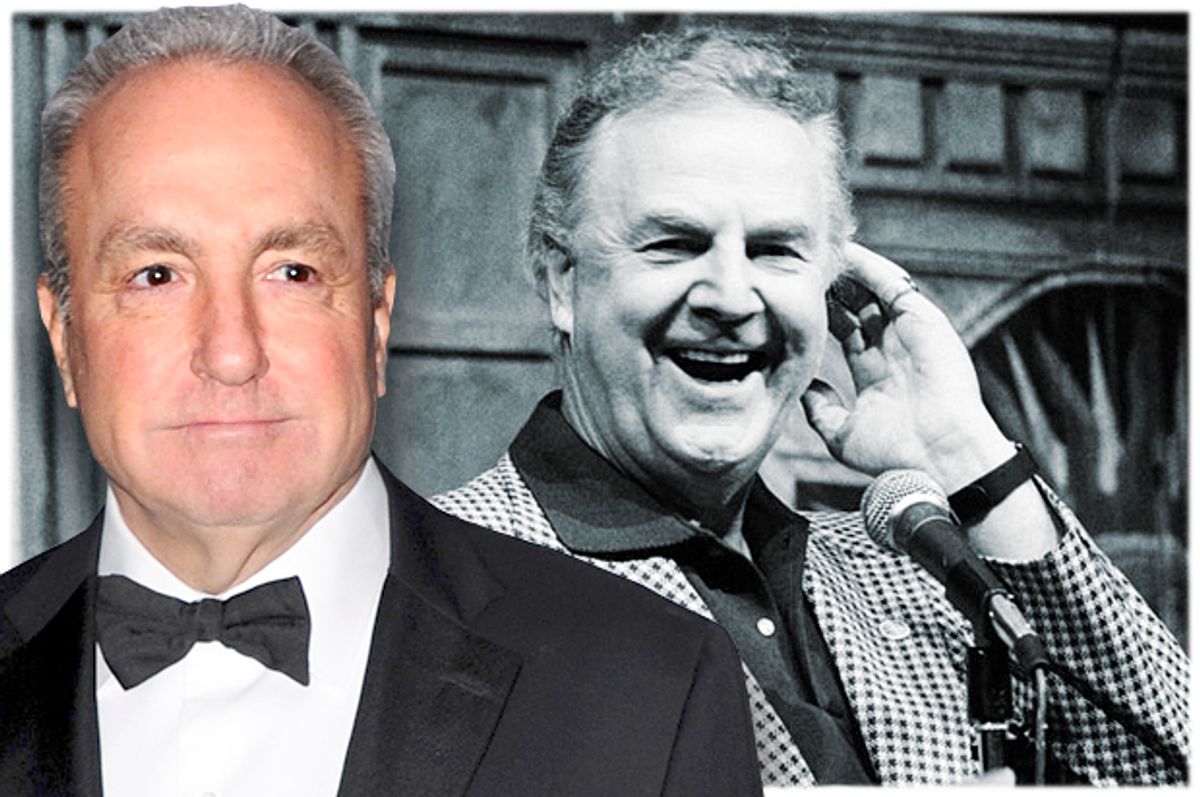 For generations of performers at NBC’s “Saturday Night Live,” announcer Don Pardo – who died Monday in Tucson, Arizona, at 96 – was not only a key part of the show but also a sentimental link to the very origins of broadcasting. Pardo began his career, as a radio announcer, in 1944, the same year that “SNL” creator Lorne Michaels was born.

When the show was just being put together in 1974, Michaels was shown a list of network “staff announcers” (a job now almost extinct) from which he could choose. “I said, ‘Don Pardo?!’,” Michaels told me, of his initial surprise that Pardo would be available; the name jumped out at him. “I was so excited by the possibility because he connected us really to the history of television,” Michaels said. “It turned out to be a fantastic ride, I think, because he was our connection to the beginnings of NBC.”

Over the years, Pardo would update his résumé – kept on file at 30 Rock, NBC headquarters in New York – with handwritten additions. He worked on game shows, including the original “Jeopardy” with Art Fleming from 1965 to 1975, the original “Price Is Right” with Bill Cullen from 1956 to 1963, and the now forgotten “Choose Up Sides” with Gene Rayburn (later of “Match Game”) from 1949 to 1950.

In addition, Pardo’s was the voice heard introducing the stars of historic prime-time programs including “The Colgate Comedy Hour,” NBC’s Sunday-night competition for CBS’s “Ed Sullivan Show,” a variety program that featured such greats as Abbott & Costello, Eddie Cantor, Fred Allen and others left over from radio days, plus Dean Martin and Jerry Lewis, the hottest comedy team of the 1950s. Pardo was also the announcer for the legendary “Ford 50th Anniversary Show,” a TV “spectacular” telecast simultaneously on both NBC and CBS in 1953 and featuring Edward R. Murrow, Mary Martin, Ethel Merman and, delivering a plea for peace in the still-new nuclear age, lyricist Oscar Hammerstein II.

In those days, staff announcer was such a prestigious job that members of the profession, in another holdover from radio, typically wore tuxedos while on the job, even though the audience hardly ever saw them and they were mainly confined to an “announce booth” in or near the studio.  Even simple station breaks – “This is the National Broadcasting Company” – were done live from those close quarters.

Such were the traditions that Pardo represented to, among others, Michaels, who also wanted to hire Pardo, of course, for his warmly bombastic baritone voice, one of the most commanding ever heard in television since its beginnings in the late 1940s.

“Every year we changed the opening montage [showing the current cast] and there would be a new interpretation of the theme song,” Michaels recalled, “but it didn’t really come alive until you heard his voice. Don hasn’t been a physical presence in the studio for a couple of years, but his voice remained very important to the program.”

To cast members over the years, hearing their names spoken aloud by Don Pardo was an important part of initiation into the institution that “SNL” has become. Molly Shannon (who joined in 1994 as a “featured player”) was so thrilled at the idea of Pardo uttering her name that she would say a little prayer to herself each time she heard him do it. When she told that to Amy Poehler, who joined the cast in 2001, Poehler adopted the same practice – a kind of good-luck charm linked to Pardo’s unmistakable voice and all it represented.

Pardo was not able to be present for every single edition of the show.  He missed two shows in 2013 because of a broken hip; impressionist Darrell Hammond filled in for Pardo during more than one such absence, completely unbeknownst to viewers.  In addition, Pardo missed one season of the show in the early ‘80s when Michael O’Donoghue, who briefly took over as producer following the departure of Jean Doumanian, fired Pardo as part of his campaign to “blow up the show,” comparing it to a “Viking death ship.”

When Dick Ebersol took over the reins, Pardo was brought back.

In 2004, Pardo announced his retirement from NBC and his move from New York City to Tucson, at which point he planned to say goodbye to “Saturday Night Live.” But Michaels made it clear to Pardo that he would love to have him continue, and left the decision up to him.  Pardo was able to remain the voice of the show first by making arduous weekly connecting flights from Tucson to Dallas to New York – even when he had to be met at airport gates by an attendant with a wheelchair -- then later by recording his announcements in Tucson with the help of a producer who was dispatched with equipment to the assisted living facility where Pardo then lived.

When “Saturday Night Live” began, no one knew if it would even survive, much less become a global phenomenon and one of the most durable comedy shows in television history. In fact, Pardo could be overheard telling a friend at Sardi’s Restaurant – during a break in a prime-time special called “The Big Event” in 1975 – that while he liked working with “the kids,” he doubted the show would make it to a second season.

In a few weeks, it will begin its 40th. But without Don Pardo. What Michaels called “a fantastic ride” is over.

James Andrew Miller is the co-author, along with Tom Shales, of the newly updated and expanded “Live From New York: The Complete, Uncensored History of Saturday Night Live,” which will be published on Sept. 9.  He is also the co-author with Shales of “Those Guys Have All the Fun: Inside the World of ESPN.”