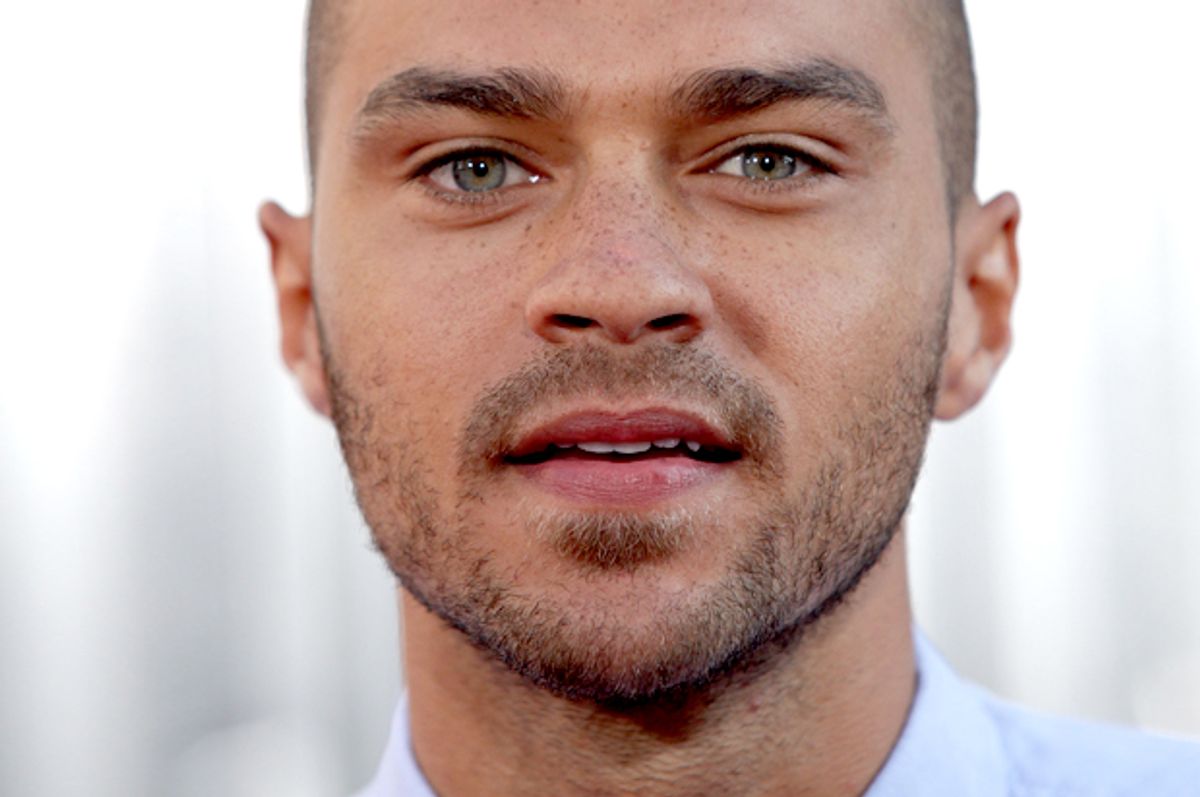 I usually credit the origins of my political consciousness to Bikini Kill. To be more specific, the line in "Double Dare Ya" when Kathleen Hanna sings, with the force of a tornado, "RIGHTS. RIGHTS? YOU. DO. HAVE. RIGHTS." I'm almost 30 and I still get chills when I hear it, because it made me want to become an activist. But if I'm being perfectly honest and less interested in seeming cool, it was a jump from Fiona Apple to Tori Amos and then a reverse engineer to Kate Bush then a heavy detour into pop punk before I would end up at riot grrrl, which eventually led me to bell hooks who led me to Audre Lorde and Judith Butler and ACT UP and the rest of the writers and activists responsible for my ongoing political education.

I don't know if Fiona Apple meant to do any of this when she said, "This world is bullshit" or gave amazingly eccentric interviews to Spin magazine. But it doesn't matter, really. Pop culture can do a lot to marshal young weirdos into radical politics, even if it's a total accident. So it's likely that Joseph Gordon-Levitt is doing that for someone when he makes nice guy statements about being a feminist. But when it comes to celebrity conduits to radical consciousness, I'm much more interested in what Jesse Williams and John Legend are doing right now.

I know who Jesse Williams is because he plays handsome doctor Jackson Avery on "Grey's Anatomy," and I watch and love "Grey's Anatomy" so fuck you. He has close to a million followers on Twitter, many of whom I'm going to guess follow him because he is a famous actor whose character on "Grey's" is smart and moody and romantic and complicated. But these people are now receiving regular updates from Williams on the killing of Michael Brown, the crisis of racist police violence in Ferguson and the rest of the the United States and his utter fatigue with white apathy as black lives are stolen and demeaned on a daily basis.

Like, some white mom in Florida who is feeling pretty excited to learn what Jackson and April are going to name their baby (spoiler, sorry) just read this:

We have every right & reason to be suspicious of police conduct in #Ferguson & generally. That must be acknowledged & respected if we're to have productive dialogue. That doesn't however, entitle us to our own facts. Ask questions. Get answers. Demand transparency. Consider realities harsher than your own. None of us are all of us. What happened matters, every time. #ReserveJudgementNotJustice

And teenagers who are about to head back to school and sit in their social studies classes may have watched him talk about the same things on CNN, because he tweeted the link. "You'll find that the people doing the oppressing always want to start the narrative at a convenient part, or always want to start the story in the middle," he said during the segment. "This started with a kid getting shot and killed and left in the street for four hours."

Williams brings an emotional force to his advocacy that we rarely see in celebrities, and he's been doing it since before Brown was shot and killed by Darren Wilson. He is going long and deep on a subject that a lot of his peers may think of as "too loaded" to weigh in on. He's doing this while circulating the writing of people like Ta-Nehisi Coates and Jelani Cobb. If you're reading them, then maybe you're finding your way to Brittney Cooper and Dave Zirin, too. Williams is pushing his followers to do some work. And when he's pushing them from piece to piece of reporting out of Ferguson and commentary connecting the death of Michael Brown to the systemic racism of the criminal justice system, this kind of immersion can be an amazing teacher.

And John Legend -- also a proud feminist -- has been using his platform to keep eyes on Ferguson, and make sure people understand the connections between what's happening in that small Missouri suburb and the sidewalks of Staten Island. Between shout-outs to his fans about a great show in Phoenix, he's talking about militarized policing and pushing back against the racism that characterizes law enforcement responses to black outrage.

"I believe these cops are intentionally trying to inflame the situation. They want an excuse," he recently tweeted. "Recall the local cop telling those 'animals' to 'bring it' on CNN ... He wants a fight. Calling us 'animals' has been the language to justify slavery, Jim Crow and all manner of injustice. Dehumanization and racism go together."

He has nearly 6 million followers reading this. For some, it's likely the first time they've been asked to think about it. And when some of Legend's followers turn out to be racist shitheads who tell him to quiet down and stick to writing songs, he has no hesitation telling them what's up.

Michael Brown's mother, Lesley McSpadden, is pushing through a grief that is too large to fathom to demand accountability for her son's death. Activists in the community are coming out every single day to do the same, and to broaden our cultural understanding of white supremacy and the political and cultural systems that let police shoot first and ask questions later. The journalists in Ferguson are ensuring the news gets out, exposing the police for the violence that they commit with impunity.

But I'm also really happy that the guy from "Grey's Anatomy" is doing the good work, too. Because we need this information to be coming from all sides. Williams and Legend have a platform that reaches an audience that others just can't. I don't doubt that many "Grey's" fans are already following what's happening in Ferguson, but Williams' perspective may be news to plenty of them. Even tweeting the words "racist police violence" is a radical thing if it's the first time someone's been asked to think about it. And Jackson Avery of Grey Sloan Memorial Hospital -- who professed his love for his ex in the middle of her wedding to another man and then the pair took off to Lake Tahoe to elope and oh my god now they are having a baby -- is asking them to think about it.