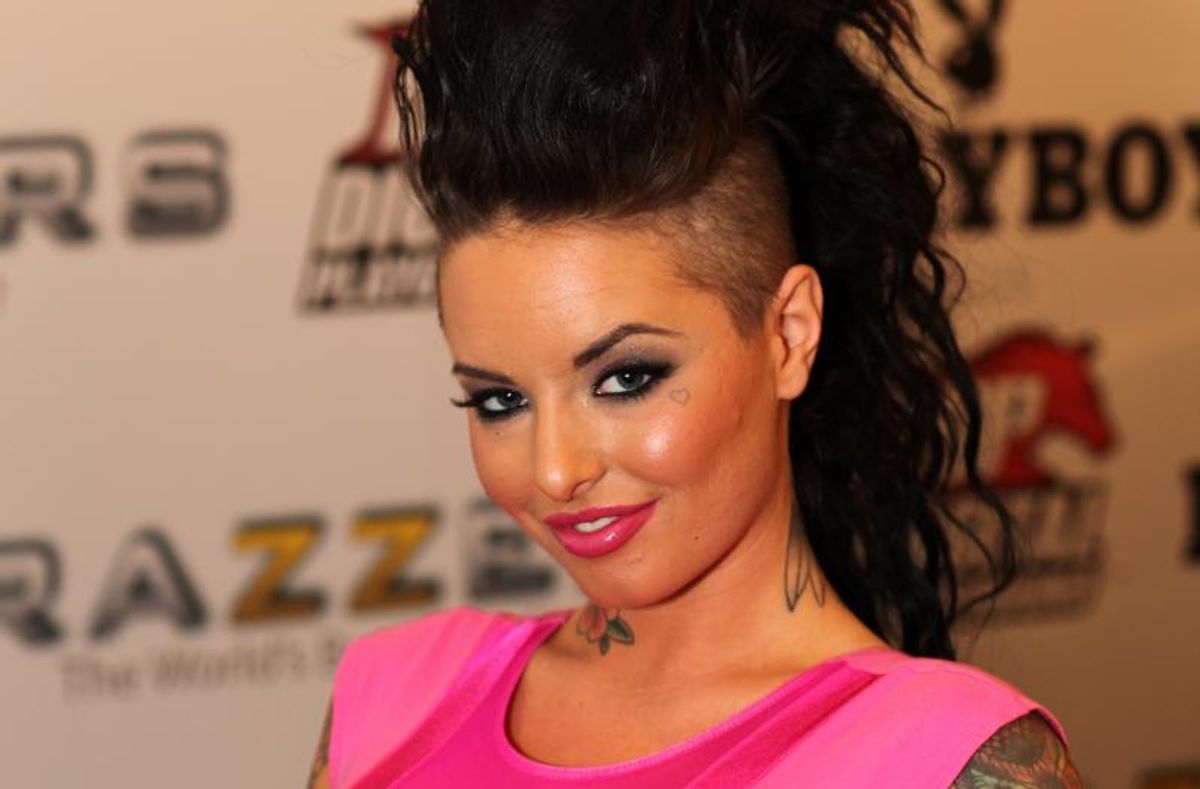 Warning: The words "horrific," "brutal" and "gruesome" don't adequately describe the most recent details to emerge from the grotesque assault on adult film actress Christy Mack, who was beaten nearly to death by ex-boyfriend and mixed-martial arts fighter Jon "War Machine" Koppenhaver earlier this month. Koppenhaver, who was apprehended in California on Friday after Las Vegas Police issued a warrant for his arrest, is currently in custody for allegedly attempting to murder Mack and for attacking her male companion, Corey Thomas, on Aug. 8.

In addition to a harrowing account of the assault Mack posted on Twitter, police have released a full report revealing the long list of charges that have been filed against Koppenhaver. Charges include battery with substantial bodily harm, strangulation, kidnapping, open and gross lewdness and attempted murder. The "open and gross lewdness" charge is just shy of an outright sexual assault charge, as Koppenhaver allegedly attempted to rape Mack, telling her, "That's my pussy and I'm gonna take it back now," according to the report. Mack reported that Koppenhaver became angry when he "couldn't get hard," and then proceeded to lick his hand and place it forcefully on her vulva. Mack consented to a sexual assault examination upon hospitalization.

The full report includes many details that corroborate and expand on Mack's published account, including the fact that Thomas did contact the authorities as soon as he was able -- only after Koppenhaver reportedly punched him in the face 15 times, held him in a chokehold that nearly left him unconscious and then threatened to kill him before letting him leave Mack's home. Some of the details contradict Mack's claims: According to her Twitter account, she and Thomas were "fully clothed" when Koppenhaver arrived; the police report describes the two as being in Mack's bed.

The discrepancy doesn't matter -- because there is nothing in the report that contradicts Mack's claim that Koppenhaver arrived at her house unannounced and held her hostage while he broke 18 bones in her face with his fists and sawed off her hair with a dull knife. There is nothing that contradicts her claim that she went in and out of consciousness while Koppenhaver looked through her social media profiles on her phone and punched or kicked her every time he found a post he didn't like. There is nothing that contradicts her claim that she might be dead if she hadn't escaped to her backyard while Koppenhaver looked for a sharper knife with which to kill her. And there is nothing -- absolutely nothing -- in the report that could suggest that Mack is at all responsible for the unspeakably horrifying assault she suffered at the hands of a domestic abuser.

Here's what does matter: Christy Mack was nearly killed in an attack that no human being should ever have to endure. She is a victim and survivor of domestic violence, like countless other women (and men) across the globe. Thankfully, not every victim sustains the same appalling bodily harm from which Mack is now recovering (which could cost her hundreds of thousands of dollars in surgery and medical care). But many do suffer such grisly physical abuse, or worse; many are killed. It shouldn't take a photo of Mack's swollen, broken face, a police report full of agonizing written descriptions or a mug shot of Koppenhaver to remember that.