Poll: 70 percent of Americans want the government to quit trying to restrict abortion

Despite heated political rhetoric, most Americans have nuanced views on abortion and believe it's a personal thing 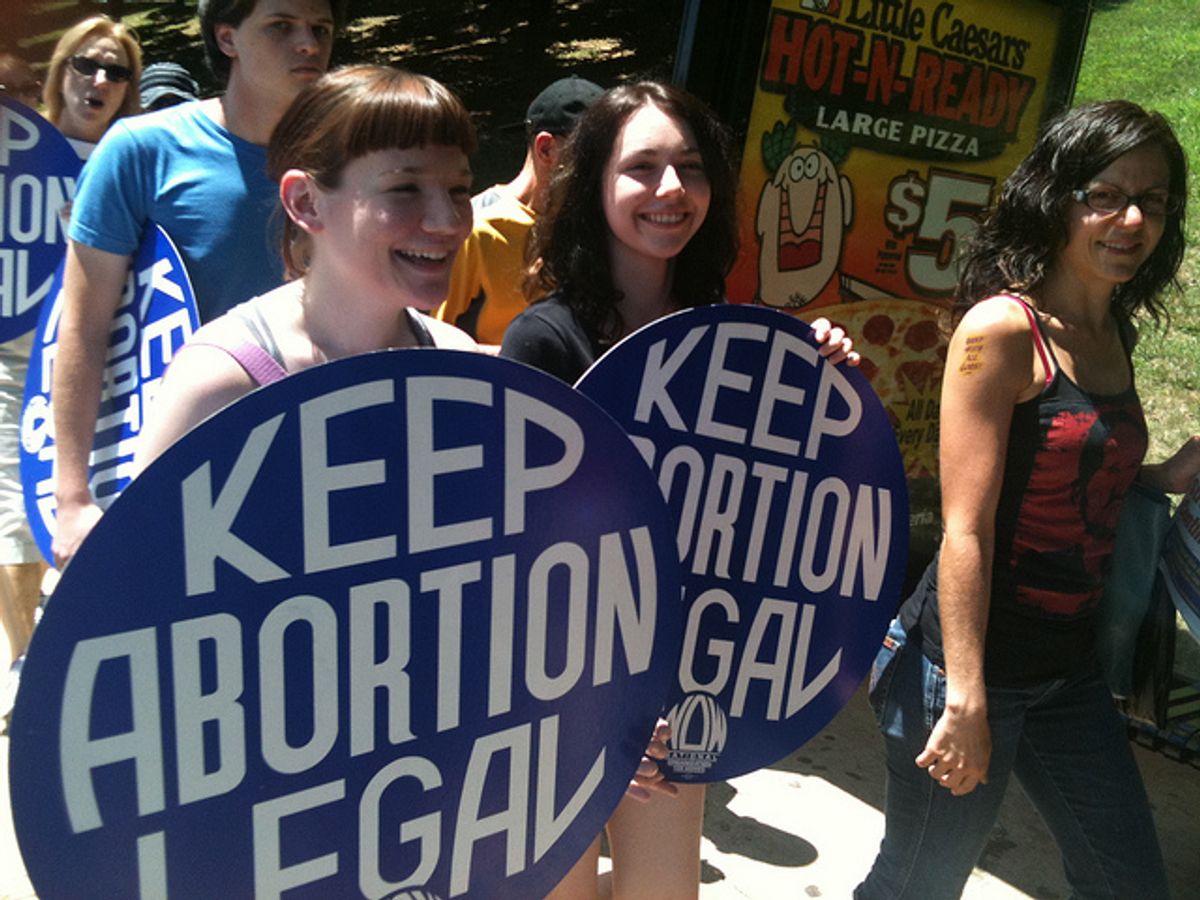 It was right before the 2008 elections that I found myself, almost by accident, talking to a friend's mother about abortion and reproductive rights. She said she considered herself conservative on most issues and reliably voted for Republican candidates, but when John McCain's record on abortion came up she remarked, "Who am I to make that decision for someone else? It's not my business if someone gets an abortion."

There are lots of people in this country who feel the same way, according to a new poll from NARAL Pro-Choice America. According to the national poll, nearly 70 percent of Americans don't want to see more abortion restrictions enacted because they don't want the government making that decision for anyone. The poll used a series of nuanced questions to collect the data, leaving more room for people to express their views beyond "pro-choice" and "pro-life." Respondents were asked to select which of the following statements "came closest" to their own view: “I believe having an abortion is morally acceptable and should be legal,” “I am personally against abortion for myself and my family, but I don’t believe government should prevent a woman from making that decision for herself,” or “I believe having an abortion is morally wrong and should be illegal.”

Most respondents -- 45 percent -- identified most with the second statement, noting that they personally opposed abortion but didn't want the government making the decision for people. Around 23 percent of respondents came out in full support of abortion rights, and around 24 percent came out against abortion rights without exception. According to the self-reported political leanings of the respondents, most identified as either conservative or somewhat conservative.

I think abortion is basic medical care. I think it's moral. I know it's incredibly safe. I know that the people who access this care have thought through their decisions, and I know that the doctors who perform abortion services are good doctors. I'm one category of person who falls under the headline "pro-choice." But I know there are people who feel differently, but who still don't want to see medical decisions being made by politicians instead of individuals and doctors.

The NARAL poll confirms what most people seem to understand -- these decisions are personal and life is complicated. Oklahoma state Rep. Doug Cox, a self-identified pro-life Republican who supports abortion rights, explained his views -- and many of his constituents' views -- on reproductive rights this way:

Abortion is not high on [my constituents'] radar screen. Now, when it does become high on someone’s radar screen is when their 14-year-old daughter gets pregnant. That’s where I’ve had conversations that non-physician members [of the state Legislature] have never had. Behind the closed door of an exam room, when I have that parent with that daughter there saying, “I’ve never viewed myself as pro-choice. I’ve never supported abortion. But my daughter’s 14 years old and she’s pregnant. We talked about it, we prayed about it, and we think she wants to have the pregnancy terminated. Where can I go?”

Now, I’ve never performed an abortion, but I can tell them where to go. And if my colleagues have their way, that place would not be in Oklahoma, which effectively is going to close that choice to low-income people.

So, as a physician I say, the old adage — the old fable, the old biblical term — don’t throw stones in glass houses. Don’t criticize someone until you walk in their shoes.

It seems that most Americans agree.