“I wish that all of the pain that I have endured could possibly ease some of yours," Sybrina Fulton writes 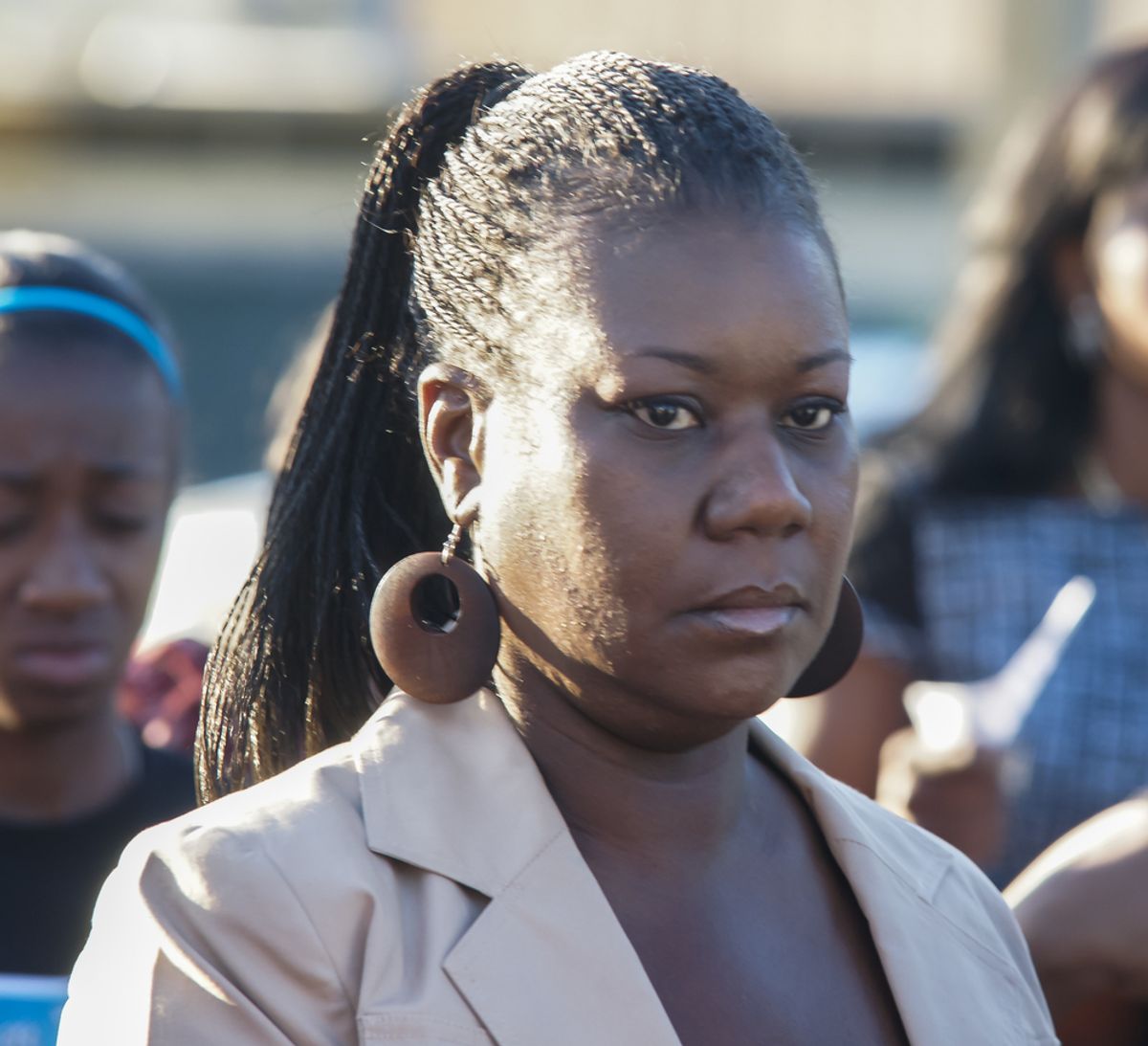 In a heartbreaking open letter to the family of Michael Brown, the 18-year-old killed by Ferguson, Missouri, police officer Darren Wilson on Aug. 9, Sybrina Fulton, the mother of slain Florida teenager Trayvon Martin, promised “neither of their lives shall be in vain.”

“I wish that all of the pain that I have endured could possibly ease some of yours but it won’t,” Fulton wrote in the letter that was published in Time yesterday evening. “I hate that you and your family must join this exclusive yet growing group of parents and relatives who have lost loved ones to senseless gun violence.”

Fulton’s words come in the wake of yet another night of clashing between a militarized Ferguson police force and protesters demanding justice for Brown. An autopsy released late Sunday night, first reported by the New York Times, appeared to confirm numerous eyewitness accounts of the events leading up to Brown’s death — that Brown was shot at least six times, two of which hit the teen in the head.

“One of the bullets shattered Mr. Brown’s right eye, traveled through his face, exited his jaw and re-entered his collarbone,” the Times reported. “The last two shots in the head would have stopped him in his tracks and were likely the last fired.”

Many residents in the Ferguson community and onlookers from around the country have questioned the handling of Brown’s death by Ferguson authorities.

“People have been asking: How many times was he shot? This information could have been released on Day 1,” said Dr. Baden following the autopsy.

Fulton experienced similar circumstances following the tragic death of her son, Trayvon, who was shot and killed by community watch guard George Zimmerman. Weeks went by before prosecutors charged Zimmerman with Martin’s killing. He was later acquitted.

“Further complicating the pain and loss in this tragedy is the fact that the killer of your son is alive, known, and currently free. In fact, he is on paid administrative leave,” Fulton wrote, referring to the fact that Officer Wilson has yet to be arrested or charged with Brown’s killing. Wilson’s name was made public after nearly a week of protests and national press coverage.

Tuesday morning a spokesman for the St. Louis County Prosecutor’s office, Bob McCulloch, said that a grand jury could start hearing evidence Wednesday, according to the Associated Press.

“We’re going to start presenting everything to the grand jury as quickly as we can,’’ McCulloch told the St. Louis Post Dispatch Saturday. “We’re not going to wait until we have everything and then do it.”

Fulton urged Brown’s family to remain strong given the circumstances: “Facts, myths, and flat out lies are already out there in Michael’s case,” she wrote. “My advice is to surround yourselves with proven and trusted support. Through it all, I never let go of my faith, my family, or my friends. Long after the overwhelming media attention is gone, you will need those three entities to find your ‘new normal.’ Honor your son and his life, not the circumstances of his alleged transgressions. I have always said that Trayvon was not perfect. But no one will ever convince me that my son deserved to be stalked and murdered. No one can convince you that Michael deserved to be executed.”