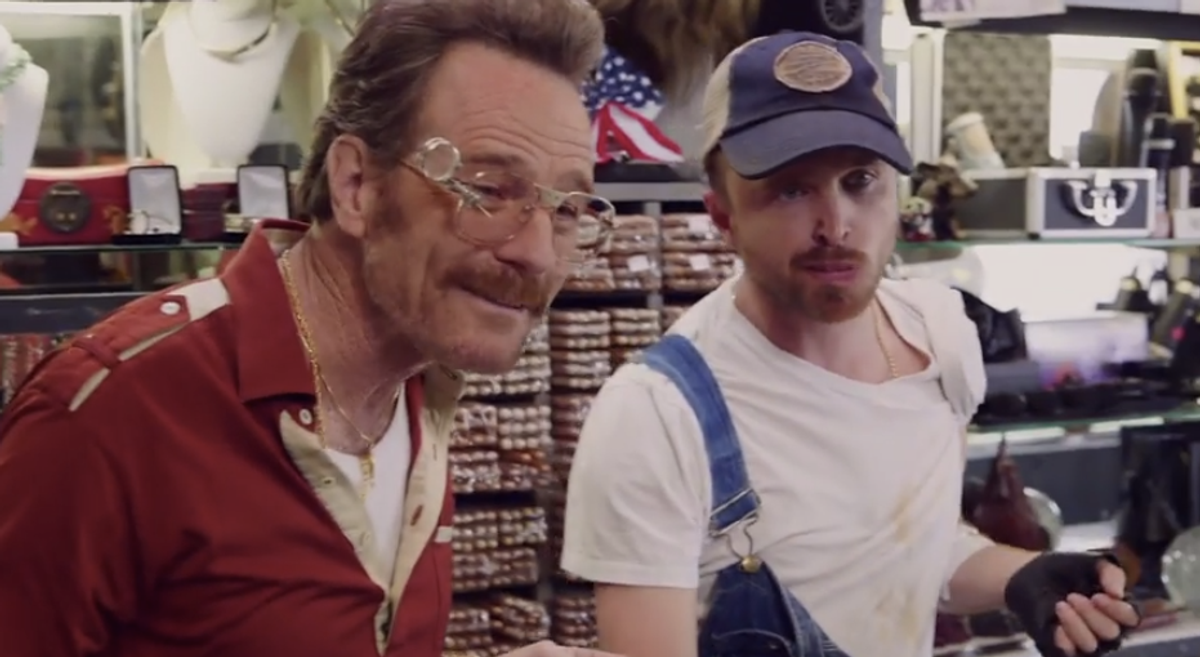 Aaron Paul just admitted that he really misses "Breaking Bad," but he didn't tell the Guardian that he recently reunited with Bryan Cranston to film a promo for the Emmy Awards. The Television Academy just released a delightful pawn shop reality TV parody, "Barely Legal Pawn," starring Cranston and Paul as seedy brokers and Dreyfus as herself. As you watch the three Emmy winners rip on "cable money," the Emmy's comedy category reality TV shows, remember that this is the closest you'll ever get to watching that weird "Seinfeld"/"Breaking Bad" mashup you've always hoped for: