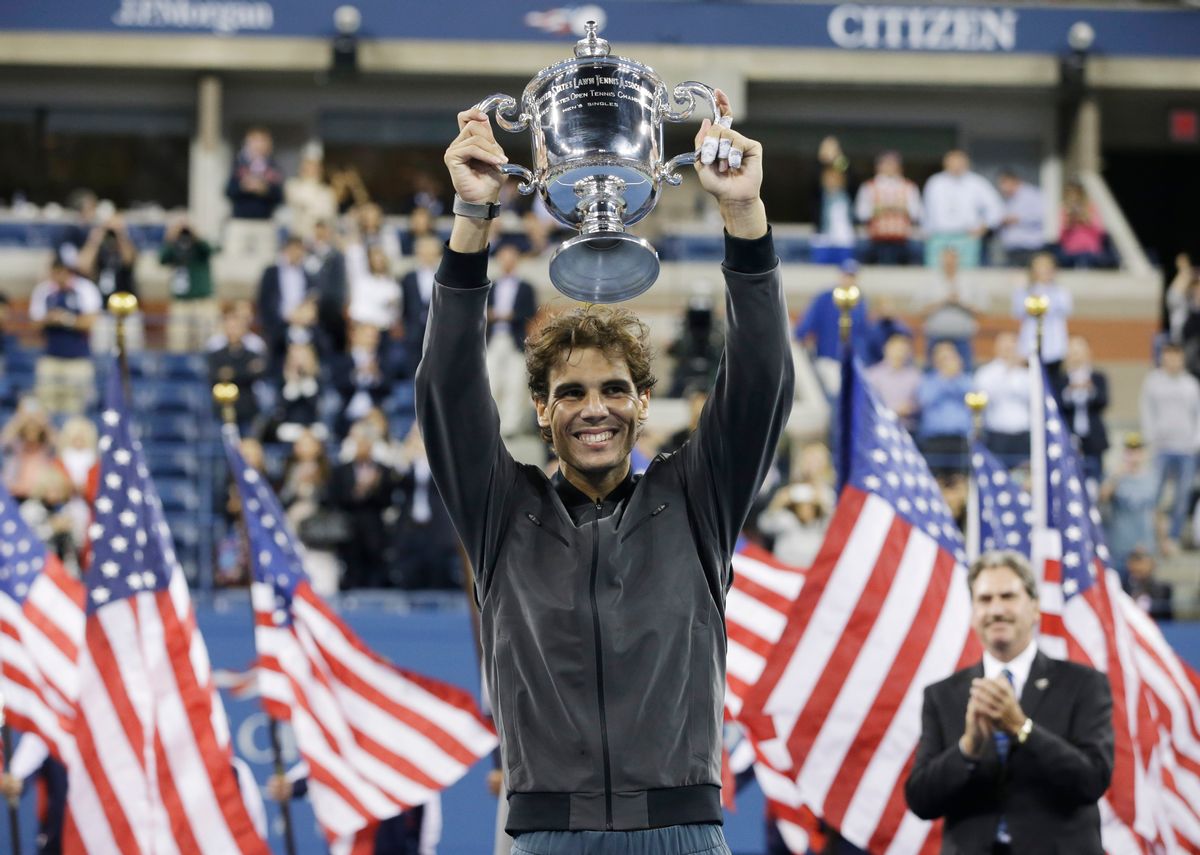 FILE - In this Sept. 9, 2013, file photo, Rafael Nadal, of Spain, holds up the championship trophy after winning the men's singles final over Novak Djokovic, of Serbia, at the 2013 U.S. Open tennis tournament in New York. Nadal will not defend his title at the U.S. Open because of an injured right wrist. Nadal and the tournament announced his withdrawal Monday, Aug. 18, 2014, a week before the year's last Grand Slam tournament begins. (AP Photo/Darron Cummings, File) (AP)
--

NADAL OUT OF US OPEN WITH WRIST INJURY

Reigning U.S. Open champion Rafael Nadal pulls out of his title defense with a wrist injury.

BALLMER VOWS NOT TO MOVE CLIPPERS

New Los Angeles Clippers owner Steve Ballmer tells fans he is not intending to move the team to Seattle.

Luis Suarez plays his first game since his infamous bite at the World Cup, coming on as a substitute for new club Barcelona after his ban from the sport was relaxed.

Formula One team Toro Rosso signs 16-year-old driver Max Verstappen for next season, making him the youngest driver in the sport's history