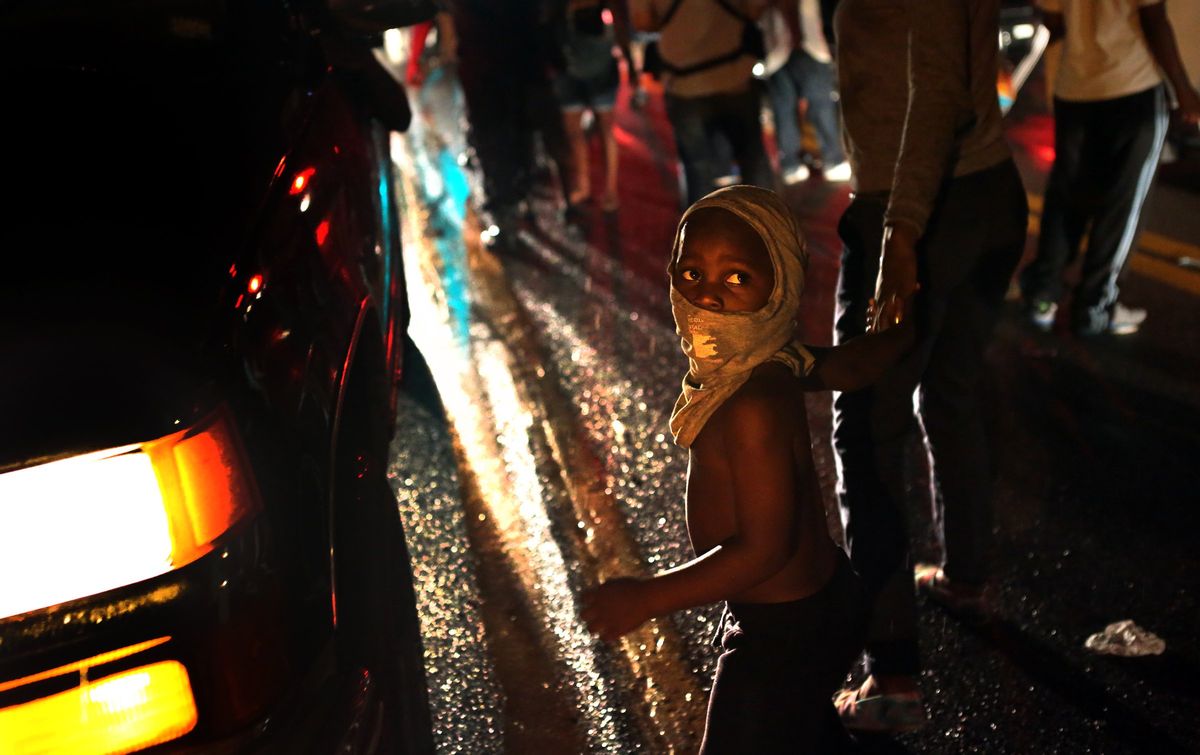 In the midst of Ferguson's protests against the killing of unarmed teenager Michael Brown, the Ferguson-Florissant school district had to postpone their first day of classes until next Monday, Aug. 25, after administrators deemed that it was too unsafe for children to walk to school. That means that the 68 percent of the students who receive reduced-price or free lunches while at school weren't getting those meals.

Public school teacher Julianna Mendelsohn took the initiative to start a Fundly campaign to raise money for the St. Louis Area Food Bank, which agreed to distribute food to the put-out students. The initial goal was $80,000, but as of Wednesday the campaign had raised almost $130,000 from 4,000 supporters. On the campaign page, Mendelsohn wrote:

As the world watches the events unfolding in Ferguson, many people have thought "how can I help?". As a public school teacher, my first thought is always about the children involved in any tragic situation like this. When I found out school had been canceled for several days as a result of the civil unrest, I immediately became worried for the students in households with food instability. Many children in the US eat their only meals of the day, breakfast and lunch, at school. With school out, kids are undoubtedly going hungry.

ALL OF THIS MONEY WILL GO TO FEED KIDS IN FERGUSON. A dollar or a hundred dollars, it doesn't matter. You will be helping to put food in the mouth of a child who needs it. Regardless of your opinion on the civil unrest in Ferguson, there is no need for innocent children to go hungry because of it.

The neighboring Riverview Gardens School District also made an effort to help ease the burden of closed schools. It began handing out free breakfast and lunch at three different schools, an effort that will continue throughout the week. According to ThinkProgress, teachers have offered activities for Ferguson children at the Ferguson Public Library, in case parents have nowhere else to bring their kids while they work.