Guns fly off the shelves near Ferguson

"It's unbelievable. It's four times, five times the volume," said the owner of Metro Shooting Supplies 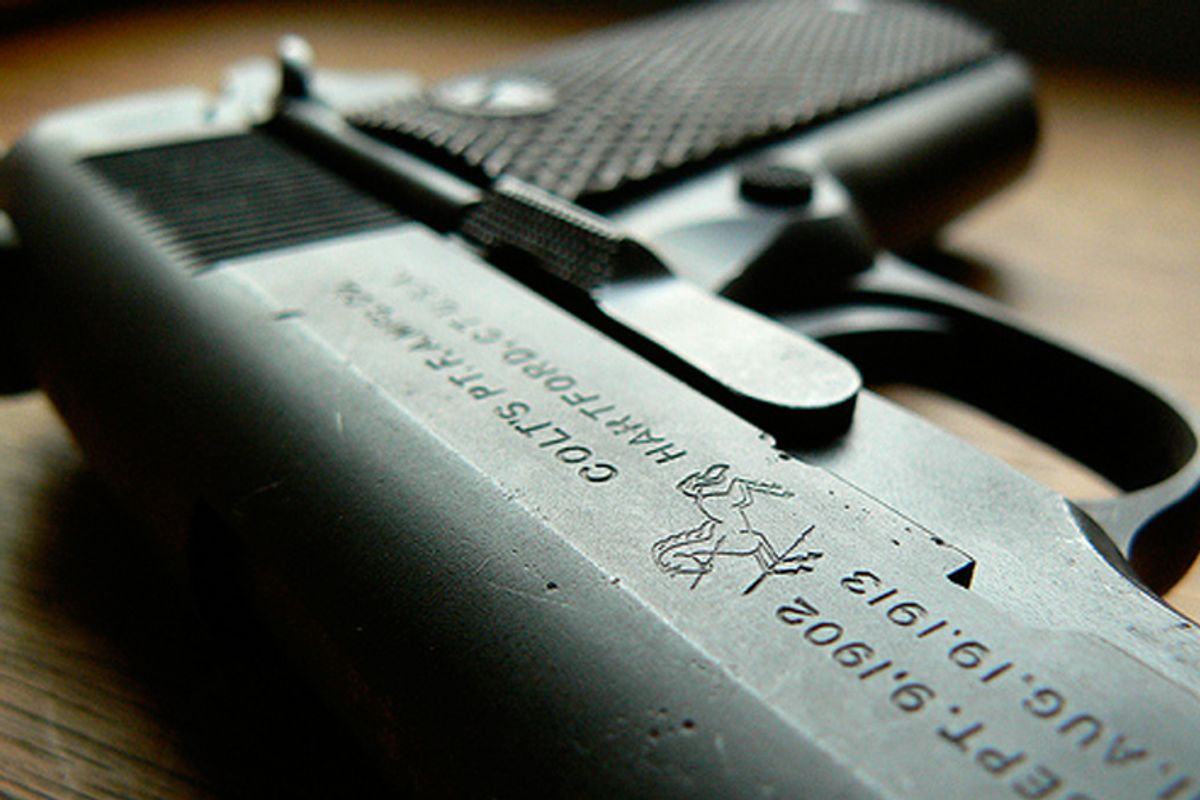 Metro Shooting Supplies, a gun store about 10 miles west of Ferguson, Missouri, has seen a boom in business since protests overtook the town in response to Michael Brown's death. "Historically in August, it's very slow," said owner Steve King in an interview with the Washington Post. But this year it's different: "We have made the same amount of money since Monday the 11th -- almost as much money as we did the entire month of July. It's unbelievable. It's four times, five times the volume."

The Washington Post's Philip Bump reports that this spike is isolated to the immediate region:

Beyond the outskirts of St. Louis, though, there has been almost no effect on sales of weapons. At Franklin's Firearms in Troy, Mo., owner Scott Franklin said sales have been "about steady." "We stay barely busy," he said, "but it has not increased dramatically." ...

The gun store that is probably closest to Ferguson is County Guns, which is just north of Highway 270, just off of West Florissant Avenue, the epicenter of the protests. "My phone is ringing off the hook with people looking for guns," owner Adam Weinstein told the post. "Lately, since this has happened, my phone calls from people saying, 'Hey, I want a pistol,' 'Hey, I want a shotgun,' have gone from one a month to several a day."...

During midnight protests this week, a small group grew violent and began looting local stores. In an article in the right-leaning Breitbart, store owners boasted about having to "rely on their own guns for now, many of which are AR-15s." AR-15 is a military-style semiautomatic rifle, notably used in the massacre in Newtown, Connecticut. Still, that's not completely true, given that they could also rely on a militarized police that shot rubber bullets and tear gas at looters as well as peaceful protesters.

King said that shop owners are worried that there will be more protests, especially if Wilson is not indicted. "It's like having a multi-million dollar home and thinking, 'Hey, I need to put a fire extinguisher in here. And you don't do that until the forest behind your house is engulfed in fire," he said. "The people in Ferguson are seeing the fire in their backyard."

In Missouri, one can purchase rifles, shotguns and handguns without a state permit.