Black fraternities are not synonymous with gangs 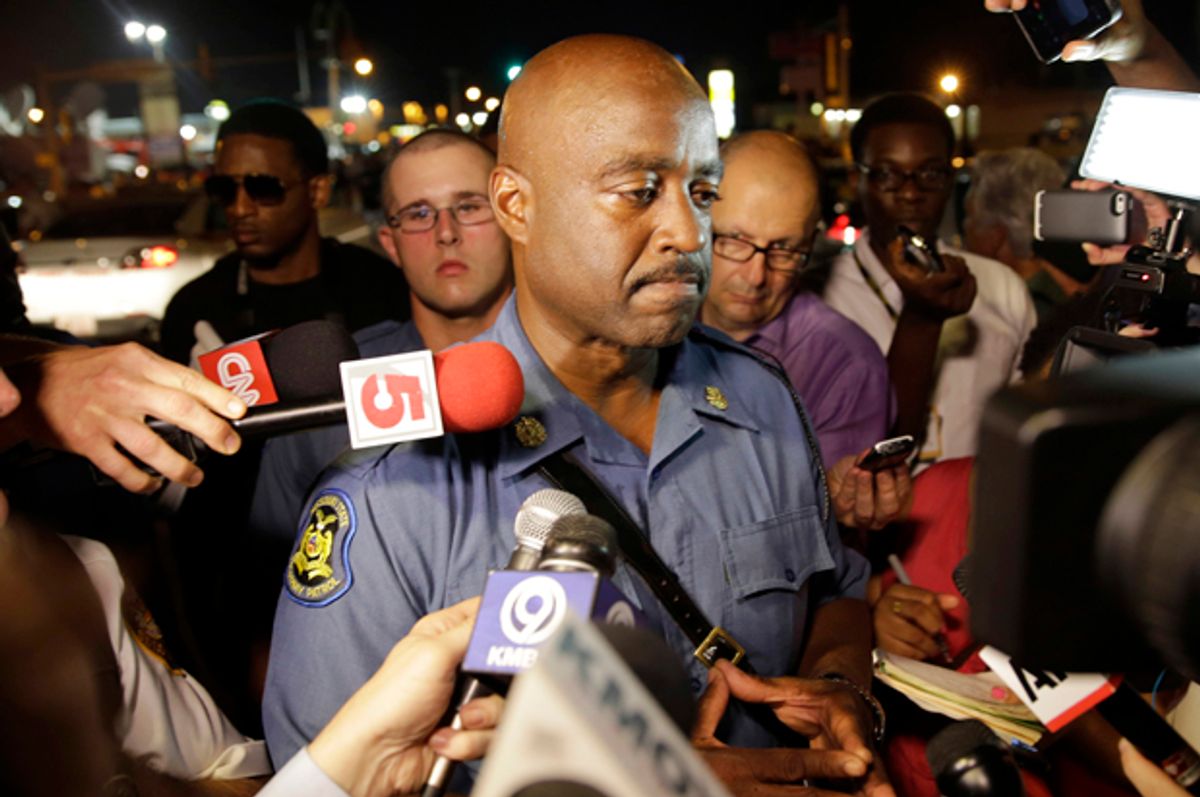 Capt. Ron Johnson of the Missouri Highway Patrol is surrounded by media after meeting with protesters Monday, Aug. 18, 2014, in Ferguson, Mo. (AP/Jeff Roberson)
--

Since taking the reins of the security detail in Ferguson, Missouri, following the killing of a young, black resident, Michael Brown, by a white police officer, Darren Wilson, veteran Missouri Highway Patrol Capt. Ron Johnson has made his presence felt. He has marched with protesters, fielded tough questions from the national media and community, and delivered eloquent speeches. What he has not done is throw up gang signs.

Reported this morning (and poignantly debunked as false) in the Washington Post, Capt. Johnson was accused of flashing gang signs when posing for photos. In the images, which are still circulating on Twitter, the captain poses with a few residents and protest attendees and arranges his fingers in a very deliberate, calculated manner: three fingers up, his index and thumb pinched together. However, as the Washington Post's Soraya Nadia McDonald points out, such a hand sign actually represents his college fraternity, of which Mr. Johnson is a member:

Capt. Johnson is a member of Kappa Alpha Psi, a black fraternity that was formed in 1911 at Indiana University in Bloomington, and the hand sign you see in the pictures below is a Kappa greeting. The Kappas are part of the Divine Nine or the National Pan-Hellenic Council, the nine historically black fraternities and sororities that include Delta Sigma Theta, Alpha Kappa Alpha, Alpha Phi Alpha, Omega Psi Phi, Phi Beta Sigma, Zeta Phi Beta, Sigma Gamma Rho and Iota Phi Theta, none of which are gangs.

Here are a few of the photos: