Why Season 3 of "Girls" got snubbed by the Emmys

The show's transitional third season wasn't bad, but it was challenging work getting these characters to adulthood 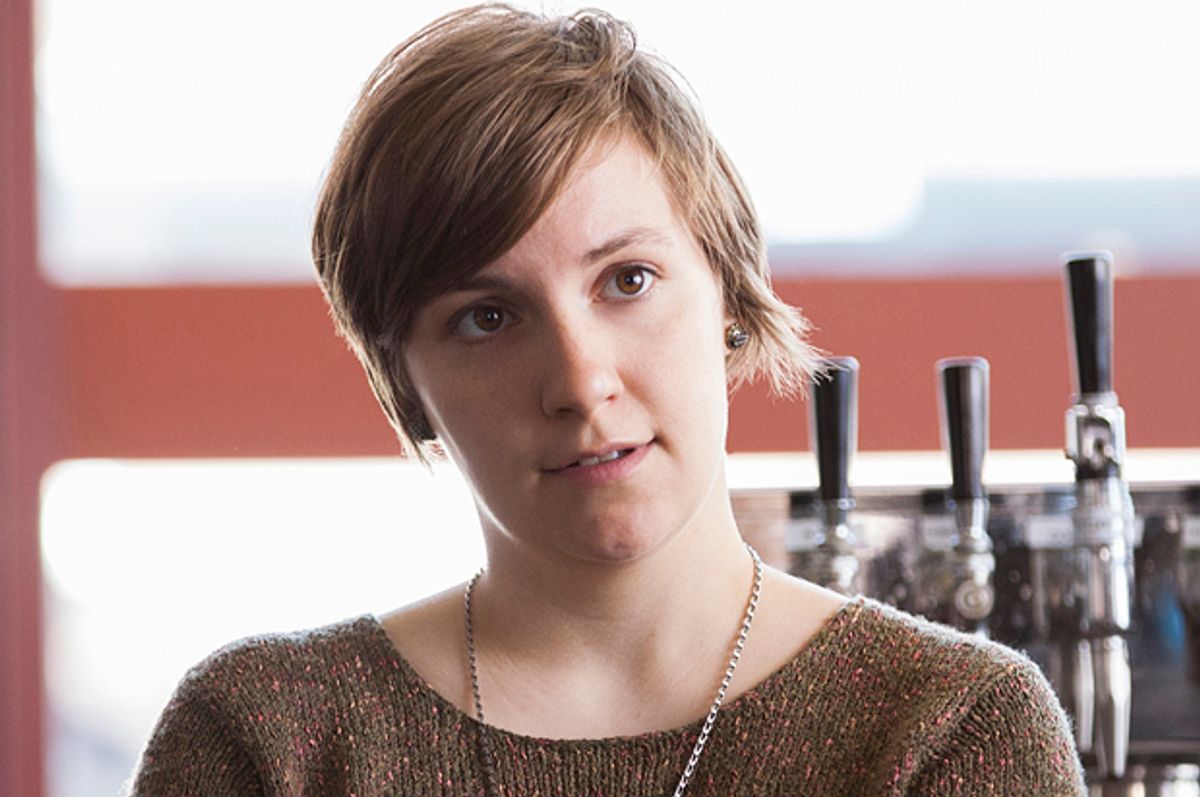 The best comedy nominations at this year's Emmys went more or less as expected. There was four-time champ "Modern Family," there was perpetual nominee and ratings dynamo "The Big Bang Theory." More cerebral favorites "Veep" and "Louie" made it in, as did well-loved newcomer "Orange Is the New Black." And the sixth slot went to a young, edgy HBO comedy that gets a lot of attention online -- but, in the category's one wrinkle, not the one anyone was expecting. "Girls," which had for its first two years been a best comedy nominee, ceded its space to "Silicon Valley"; "Girls" also didn't get nominated for its writing or directing, which it had been before. The show picked up nominations for performers Lena Dunham and Adam Driver -- which is a bigger reward than many other shows can claim. But what's to account for the show's dwindling fortunes at the Emmys -- an awards show that traditionally rewards the same shows year after year?

Perhaps it's that the third season felt so transitional. We've gradually learned more and more about the "Girls" characters as the show has gotten older, and in the most recent season, the details got less and less plausible. All four of the show's central characters never really had much reason to be friends, but they are by now living such radically divergent lives as to make no sense together. The show itself addressed this in its "Beach House" episode, which culminated in a four-way fight -- it made perfect sense, but was also a fairly painful-to-watch acknowledgment that the show's process of growing up, like its characters', had been awkward.

Throughout the season, characters had experiences that would, someday, make for perfectly understandable additions to their biographies but felt in the moment like wheel-spinning or were frankly boring. Jessa, having been to rehab, is all the more interesting; Marnie's disappointments will take her somewhere great; Hannah and Adam's relationship's (evident) end opens up a world of dramatic possibilities in Iowa. But watching Jessa in rehab, Marnie undergo a series of degradations, and Hannah slowly realize that she and Adam were growing apart was difficult viewing. It had various great moments -- Hannah's arc writing advertorial content for GQ was sharply written -- but was consistently more plot-driven than the seasons that had come before, as though trying to get the characters to an endpoint only Dunham and her writers could see.

It's meant as praise for "Girls" to say that the ending of Season 2 would have been a nearly perfect series finale; it left open enough mystery while placing Hannah, Adam, Marnie and Shoshanna at fairly decisive endpoints. To continue spinning out their stories has meant reversing a lot of story progress that'd been made in the past (sometimes evidently against the writers' will, as when Christopher Abbott, who played Marnie's boyfriend, unexpectedly quit the show). It felt, with all its indecision, like a certain kind of 20-something life. That was sort of the problem.

Little wonder, then, that a show completely free of the problems "Girls" is facing was able to beat it to the post this year. "Silicon Valley" had an assured first season precisely because it only dealt out a small subset of whatever its story will end up being. And "Girls" will very likely be back; even if it's not, the show will probably find itself in interesting new places, having done some fairly difficult and wearying work to get there.