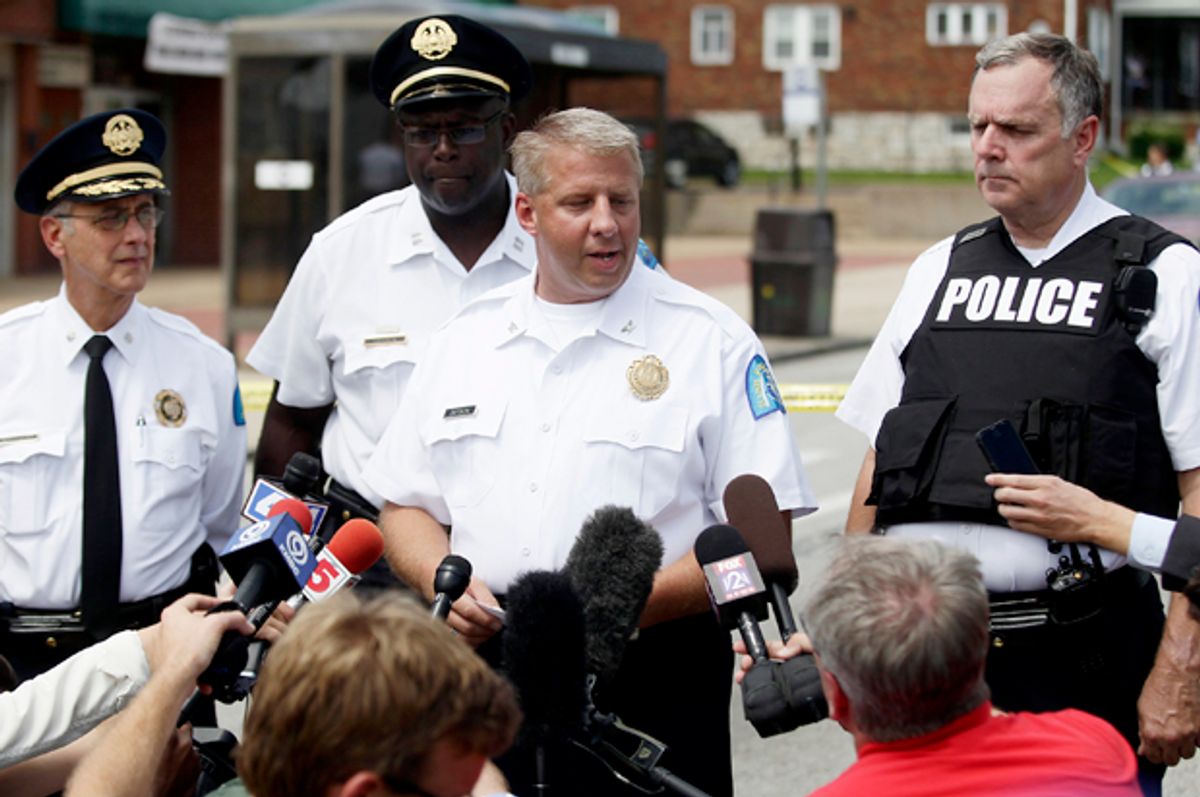 In a press conference on Tuesday, St. Louis Police Chief Sam Dotson had said his officers fired upon Powell after Powell allegedly got within 3 or 4 feet of them while wielding a knife "in an overhand grip.”

But the cellphone video released Wednesday appears to contradict Chief Dotson’s story and his officer’s police reports. In the video, the two officers arrive on the scene in their signature police SUV responding to the 9-1-1 call from the store owner. Powell appears to be pacing as described by numerous witnesses though it is difficult to make out his words. When the officers got out of their vehicle, Powell clearly yells, still pacing about. Witnesses said the suspect yelled, "Shoot me now. Kill me now.” Powell then approaches the officers with both hands at his side and clearly further away than “3 or 4 feet,” when the two officers fire nearly a dozen shots.

The whole incident, from the time officers arrived to when they began shooting, lasts only 15 seconds.

In an interview following the release of the tapes, Chief Dotson defended his officers’ actions, acknowledging the discrepancies in his Tuesday briefing and what the video shows.

"The officers did what I think you or I would do, they protected their life in that situation,” Chief Dotson said.

When pressed by CNN’s Don Lemon about the need for officers to exercise lethal force, Dotson replied: "In a lethal situation, they used lethal force.”