The rumor of Wilson's injuries has been floating around various media outlets, unsubstantiated 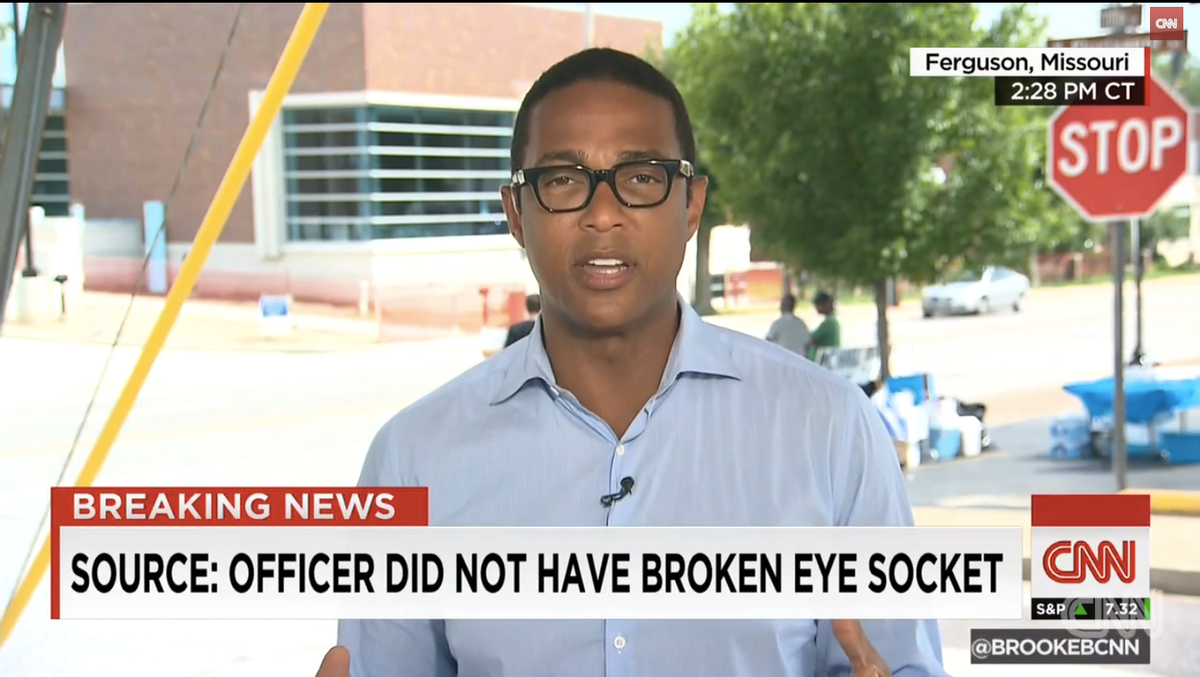 Fox News and various other outlets have been reporting that Darren Wilson, the officer responsible for fatally shooting unarmed teenager Michael Brown, had a fractured eye socket when he was brought to the hospital after the incident. This was the central pillar in the defense of Wilson: He was beaten up so badly, that of course he feared for his life. These news reports cited various anonymous sources but offered no concrete proof -- Ann Coulter even said that the X-ray had been released this week, which is completely made up as far as we can tell. A search for more information on the fractured eye socket only led to a few fringe websites, with each citing the others.

Now, CNN's Don Lemon has reported that Wilson did not, in fact, have a broken eye socket, but was treated at the hospital for swelling around his face and eyes. Lemon has not revealed the source of the information, citing instead "a source close to the investigation," which, frankly, is just as shady as the opposing rumors.

"The source says it is not true, at all, he did not have a torn eye socket," Lemon said. "Unequivocally."