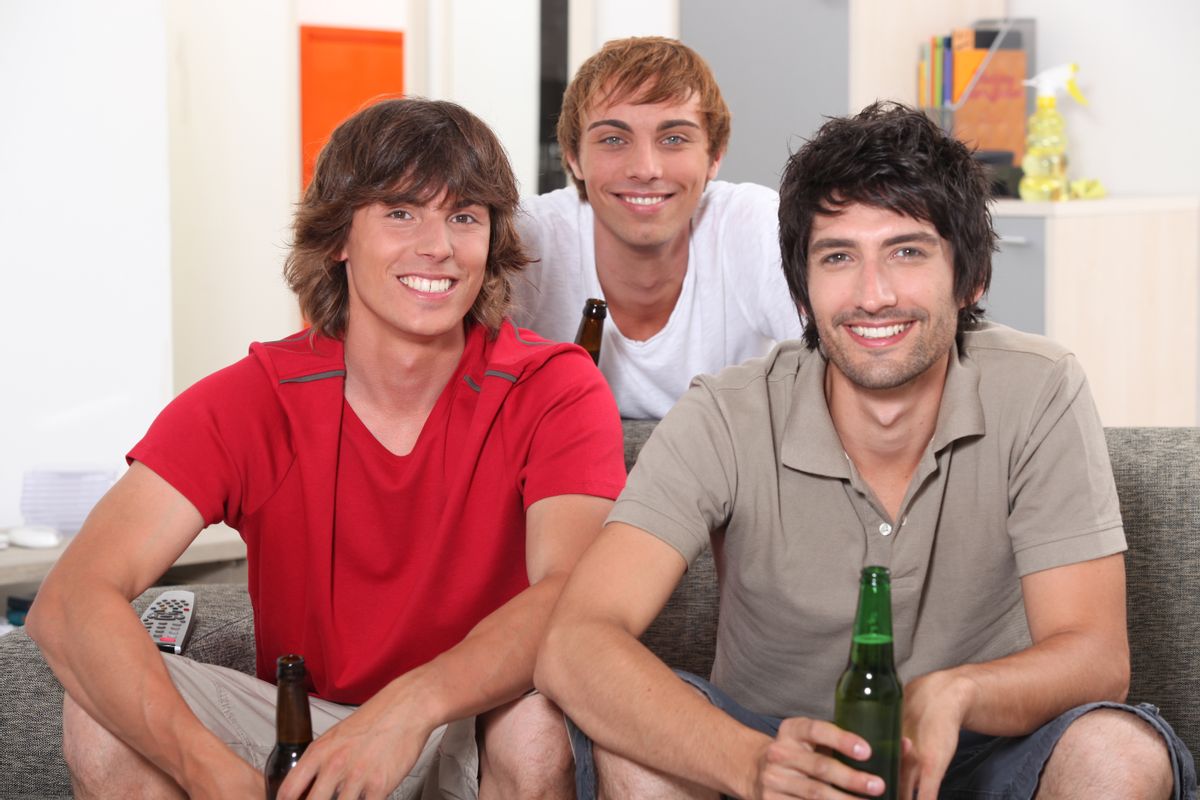 Trend pieces about so-called college hookup culture tend to overestimate how much sex students are actually having. Last year, a study presented at the annual meeting of the American Sociological Association found that less than 30 percent of college students had more than one partner in the previous year. Which about equals data from surveys taken over the last twenty years. This means, as Time's Maia Szalavitz noted at time time, college students "aren’t hooking up more than they ever were, or even more than their parents did."

So with this in mind, I didn't put much stock in a Bloomberg News headline declaring that hookup culture was waning "amid assault alarm." According to the piece, heightened awareness about sexual assault on college campuses and a greater move toward justice for survivors has made some college men's boners shrink in terror. We are, it seems, meant to feel alarmed at these shrinking boners.

Sex and relationships are always tricky terrain for college students. Those arriving this year are finding schools awash in complaints and headlines about sexual assault and responding with programs aimed at changing campus culture that has been blamed for glorifying dorm-bed conquests, excusing rape and providing a safe haven for assailants. For many young men, it’s an added dimension in a campus scene that already appears daunting, said William Pollack, a Harvard Medical School psychologist.

Pollack said a patient recently told him about making out with a girl at a party. Things were going fine, the student said, when suddenly a vision of his school’s disciplinary board flew into his head.

“‘I want to go to law school or medical school after this,’” Pollack said, recounting the student’s comments. “‘I said to her, it’s been nice seeing you.’”

Malik Gill, the former social chair of the Sigma Chi fraternity at Harvard University, told Bloomberg he has witnessed something similar happening among his friends. He recounted an anecdote in which he gave one of his guy friends a woman's number after she had expressed interest. Gill's friend never called her. “Even though she was interested, he didn’t want to pressure her,” he explained. “He was worried about making her feel uncomfortable.”

Earlier in the piece, Gill said he no longer offered female classmates beer at parties because he doesn't want to "look like a predator ... it's a little bit of a blurred line.”

And here again is the trouble with how we talk about sex, consent and sexual violence in the United States. There are so many ways to flirt and have really enjoyable casual sex without being predatory, but we never talk about them. The importance of listening to the person you're interested in having sex with and being alert to non-verbal cues certainly isn't being taught in schools, and this kind of thing generally isn't modeled in pop culture. So we have a vacuum about relationships and healthy sexuality. And that vacuum gets filled by banana brains like George Will, Caitlin Flanagan and the people on Fox News who can shout the loudest, people who believe that much of what's called sexual assault is actually just "regretted sex," a product of the "ambiguities of hookup culture."

Which is why we now have young men telling Bloomberg News that they basically view their female peers as rape bombs just waiting to explode and ruin their lives. "Some men feel that too much responsibility for preventing sexual assault has been put on their shoulders," according to one of the men interviewed for the piece.

This is what happens when we when we publish stupid piece after stupid piece blaming women's behavior for sexual assault, when we don't encourage young people to communicate openly and regularly during romantic and sexual encounters, when we don't teach affirmative consent or really any kind of sex education.

The Bloomberg piece is mostly framed to support the idea that women cry rape and that asking men to assume any responsibility to prevent sexual assault is asking too much. I don't doubt that young men with little sexual experience feel anxiety about negotiating new relationships and sexual encounters, but claiming that the push for more education, a focus on consent and stronger systems of accountability to hold perpetrators accountable somehow means that men can't call women on the phone to ask them on a date is absurd.

But not all college guys see themselves as the victims of a newly galvanized movement to prevent sexual assault. An incoming freshman from North Carolina named Clark Coey told Bloomberg that he is aware of the schools that are under investigation for Title IX violations, and is "concerned how [consent] will be defined when other students, including women, may be using drugs and alcohol that affect their decision-making." Coey is the only person interviewed in the piece who makes clear that more education is needed to address consent and healthy relationships in the brave new world of university life. “I haven’t learned anything about consent since I was a freshman in a health class,” he said. “They have to give you a better understanding of what’s right and what’s wrong.”

More people should listen to Clark Coey. He is correct.