Cops don't know how to deal with mental illness, and it's a huge problem 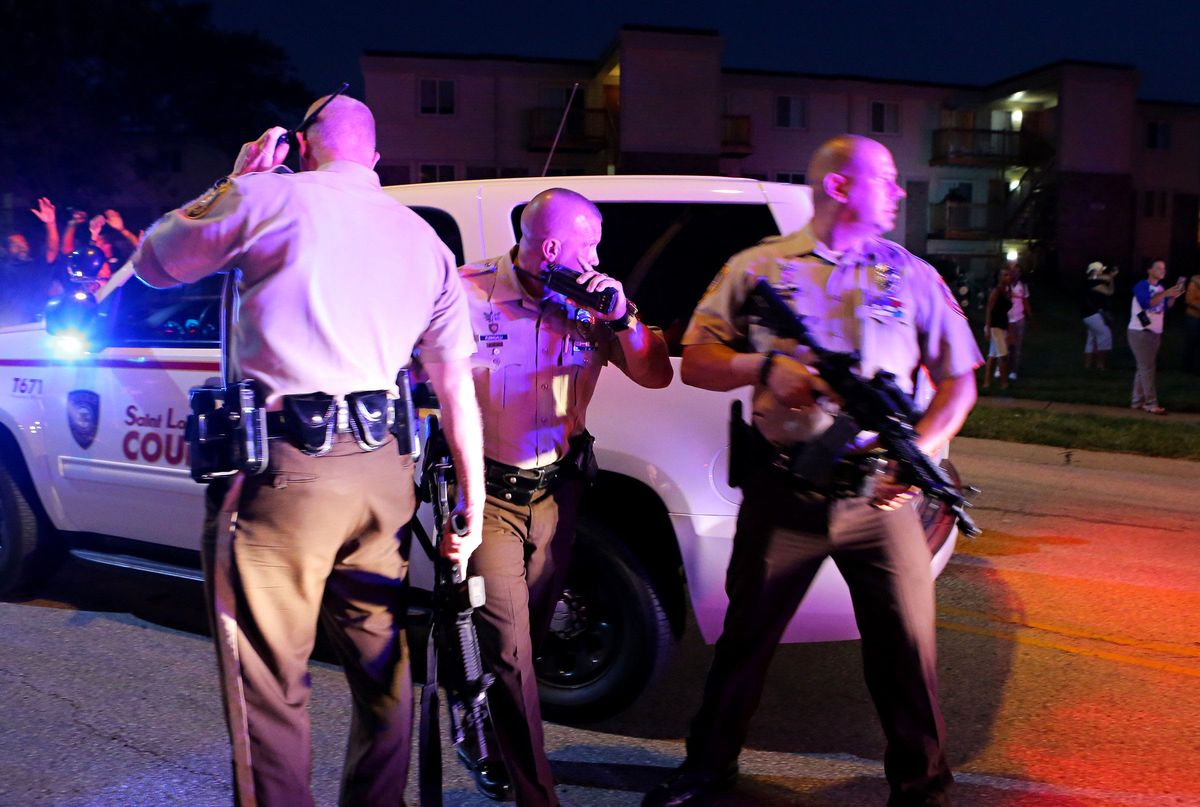 In 2011, police officers Brian Kaminski and Michael White responded to a 911 call at North Marguerite Avenue and Airport Road in Ferguson, Missouri, only to find Jason Moore, a naked, unarmed 31-year-old man, wandering out from behind a building. According to a lawsuit filed by Moore’s wife, Tina, on Sept. 17, 2011, Moore was “suffering from a psychological disorder and demonstrated clear signs of mental illness.” Onlookers reportedly heard Moore yelling “glory to God,” and “I’m Jesus.”

Kaminski instructed the delirious Moore to put his hands in the air and walk toward him, and when the man complied, Kaminski fired his Taser and shocked Moore with three five-second bursts, allegedly because Moore refused to stay on the ground.

When White was finally able to handcuff Moore during the third shock, he stopped breathing. White’s attempts to revive Moore with chest compressions were useless -- Moore had died of a heart attack.

According to the St. Louis Post-Dispatch, the resulting lawsuit alleges that police officers had not received adequate training in how to identify mental illness, that the officers used the Taser even though Moore posed no immediate threat, and that police are trained to use the same methods with suspected criminals and the mentally ill. Additionally, the suit claims that Ferguson police officers "conspire with one another to cover for and protect one another from criminal and/or civil sanctions that might arise from the violation of the constitutional rights of a citizen."

That police fail to discriminate between violent criminals and the mentally ill is made all the more relevant thanks to the recent shooting of 25-year-old Kajieme Powell in St. Louis. The death is largely considered to be an instance of suicide-by-cop, with Powell allegedly wielding a knife and yelling, "Shoot me! Shoot me! Shoot me now, motherfucker!" until the police gun him down. Powell had been described by neighbors as mentally ill.

In an interview with CNN on Wednesday, University of Pennsylvania professor Marc Lamont Hill spoke to the stigma of mental illness, particularly for young men of color:

“As a nation, we don't talk about mental health. We mock people for going to see therapists. We call people crazy. When you look at even pop culture with the haunted house with the psychos inside, there's this whole culture that stigmatizes mental illness. I think also with young black men because they’re seen as being prone to violence, prone to irrationality, because they’re seen as unintelligent and often immoral, when they display behaviors that are clearly crying for help we dismiss it as part of their normal every day pathology.”

The stigmatization and lack of information surrounding mental illness directly affects the criminal justice system, resulting in inadequate treatment, inappropriate prison time and numerous deaths at the hands of police. Prisons are home to 10 times more mentally ill Americans than state psychiatric hospitals. The Los Angeles County Jail is the largest provider of mental healthcare in the country. Appallingly, 50 percent of Americans killed by the police every year are mentally ill, and this largely has to do with police training.

"Traditional law enforcement tactics are rooted in logic, in reasoning -- and in issuing commands for someone to comply so that we can make the situation safe right now by taking a person into custody," said Douglas County Police Capt. Attila Denes, who has spent much of his career in the Douglas County Sheriff's Office in Colorado trying to improve police interaction with the mentally ill. "But barking orders at a person with serious mental illness doesn't work."

That means that real change will have to begin with police training. One example of a successful program is crisis intervention team training, or CIT, in which officers are taught how to identify and work with the mentally ill. According to Al Jazeera, half of Colorado's police officers are trained in the approach, which involves role-playing various scenarios and learning how to react in productive, nonviolent ways. Data shows that the program results in fewer deployed SWAT teams and saved money because mentally ill people avoid prison time. Throughout the country, officers trained in CIT are injured 80 percent less often than untrained officers when dealing with the mentally ill.

But only 10 percent of 25,000 police departments in the country require that kind of training. St. Louis County Police Department offers 40-hour crisis intervention training, which Ferguson Police are permitted to participate in, but the most recent available information indicates that they had not done so.