The Florida governor gave experts a half-hour to make the case for climate action. Here's what they told him 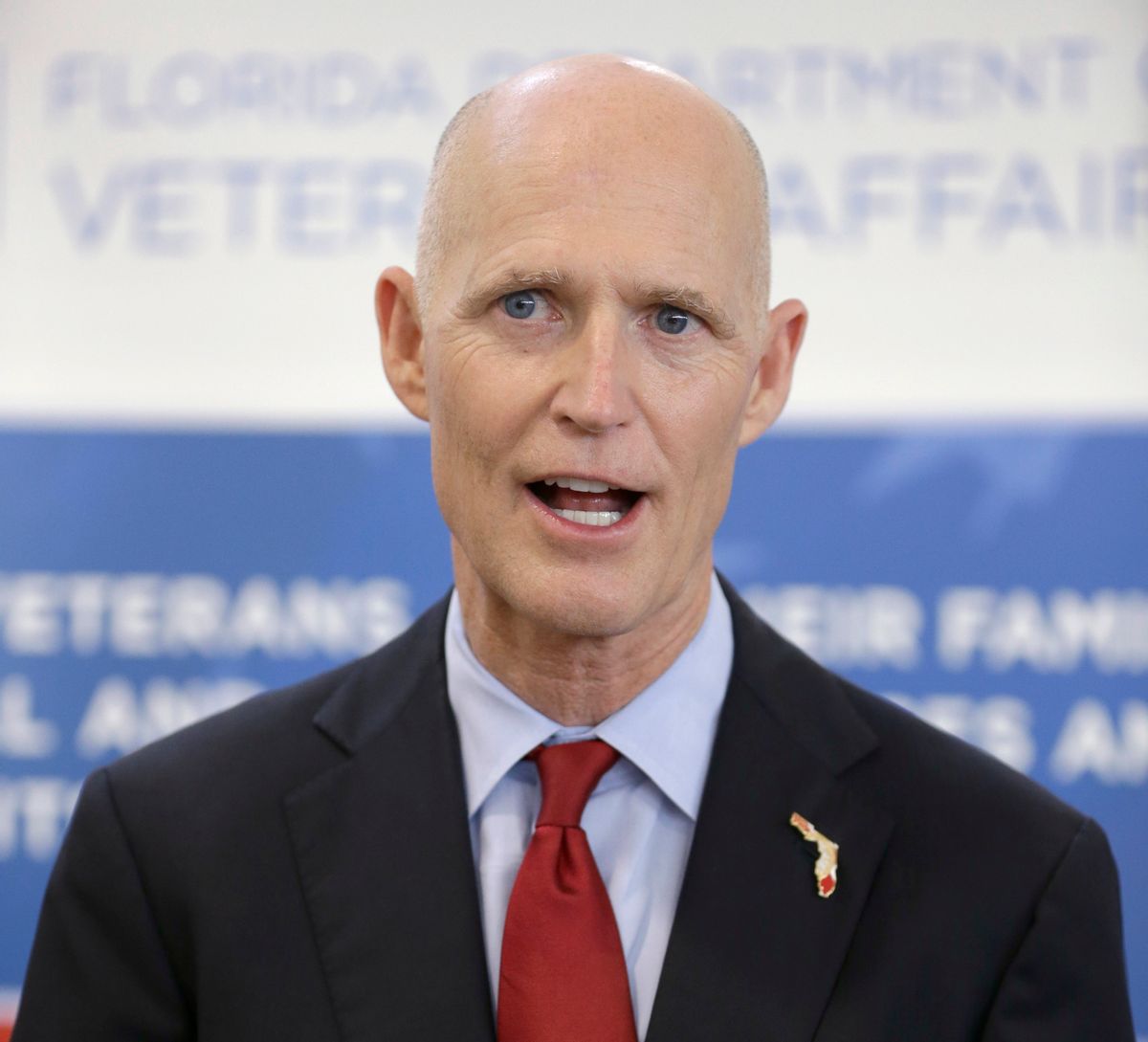 Rick Scott, who governs a state described as "ground zero" for the effects of climate change, refuses to say whether he believes that climate change is happening. When put on the spot, he dodges the question by saying he's "not a scientist." Which is why members of his constituency who are scientists felt obligated to set him straight. Last month, 10 Florida scientists sent the governor a letter offering to explain what's happening in the climate system and why it poses a threat to the state.

In order to make sure everyone was on the same page, the presentation went way back. Like, Climate Science 101 back. Which is arguably what Scott needed. They started with ice cores, explaining how scientists drill into glaciers in order to uncover a chronological record of temperature and atmospheric conditions stretching back hundreds of thousands of years. Chanton demonstrated how concentrations of the greenhouse gases carbon dioxide and methane are clearly correlated with temperature "in a very significant way," and how current CO2 levels, which are off the charts, are clearly influencing temperature, and will continue to do so in the future: Throughout their presentation, the scientists emphasized, again and again, how robust this science is, and how it's been supported by multiple lines of evidence. Kirtman, for example, explained why scientists are so overwhelmingly certain that human activity is contributing to climate change. Other forces, like El Nino/La Nina, volcanoes and solar irradiance cannot alone explain all of the variability we've observed, and global temperature change cannot be understood without taking greenhouse gas emissions into account: And so on and so on, with a special emphasis on what rising sea levels will mean for South Florida (disaster).

Is it possible that Scott didn’t already know most of this? It seems unlikely. But now he can no longer deny that he's seen the evidence for himself. It doesn't matter whether he's a scientist, the presenters emphasized, because being an expert isn't part of his job description -- just as understanding the science behind climate change shouldn't have anything to do with political affiliation. And he's lucky to lead a state full of smart, engaged, passionate scientists who are willing to hold his hand and walk him through the complicated stuff.

What Scott is required to do, however, is to listen to the facts, and to then use that information to lead his state forward, both in mitigating climate change and in adapting to the effects that are already being experienced. All three were unflaggingly optimistic that both are possible. But Scott needs to meet them halfway. The scientists admitted that they're frustrated, and said that the short amount of time they were allotted -- along with the pressure of knowing that the press was watching -- kept Scott from really engaging with them on the science. Still, they feel sure he must have gotten something out of it (just to be sure, they gave him a book on sea level rise to take home and read on his own). Added Hastings, "We’d be willing to try again."