“We continue to see improvement,” said Jay Nixon, following perhaps the most peaceful night of protests yet 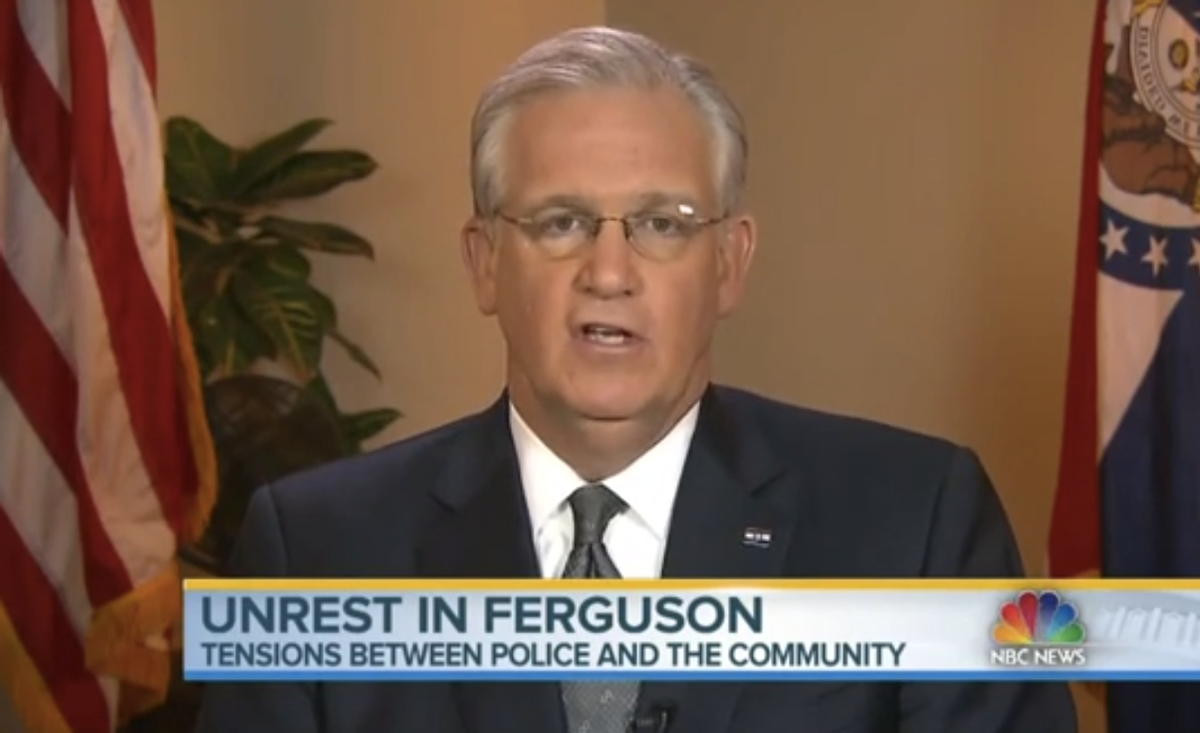 Missouri Gov. Jay Nixon ordered the withdrawal of the National Guard from Ferguson, the small suburb in North St. Louis County where protests have been taking place following the killing of an unarmed black teenager by a white police officer.

The move by the governor follows what many have called the calmest night since the death of Michael Brown, a Ferguson resident and recent high school graduate, on Aug. 9.

Though the investigation is ongoing, multiple witnesses say Brown was shot multiple times by Officer Darren Wilson, after the officer allegedly attempted to stop Brown and a friend, Dorian Johnson, for blocking the street. The official autopsy by St. Louis County has not been released, but a separate autopsy commissioned by Brown’s family revealed that Brown was shot six times, including twice in the head. Witnesses described it as an execution.

The Department of Justice has opened a full investigation to determine if Brown’s civil rights were violated.

Brown’s killing has prompted numerous demonstrations — mostly peaceful with a few instances of looting and scuffles — and considerable amount of outrage throughout the Ferguson community and across the country. With tensions high, Ferguson police and authorities met protesters on multiple nights with tear gas, rubber bullets, smoke bombs and heavy armored military-grade vehicles to disperse the crowds, tactics that have raised numerous questions about the safeguarding of the First Amendment. Officers have arrested dozens of reporters covering the events.

After a few nights of protests, Gov. Nixon declared a state of emergency and mobilized the Missouri National Guard to help “keep the peace.”

The unrest prompted President Obama to weigh in and plead for calm.

“Let’s seek to heal rather than wounding each other,” the president said on Tuesday, also announcing that Attorney General Holder would visit Ferguson to get in-person updates from his DOJ personnel and local officials as well as meet with community leaders to quell tensions.

Holder also met with Brown’s family and local students in the area, reflecting on his difficult experiences with police. He promised a “thorough investigation” into the case.

In a statement, Gov. Nixon said he made the move to send the National Guard home because “We continue to see improvement.”