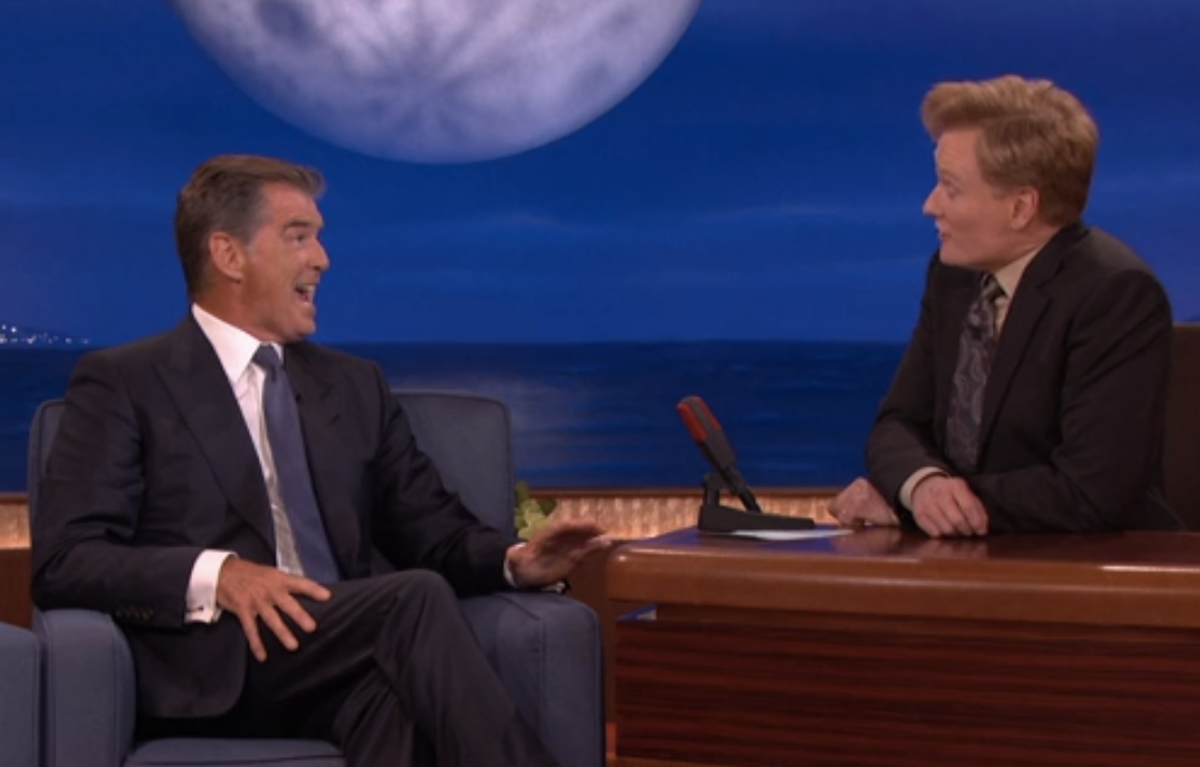 Last week the world lost the brilliant talent and spitfire comedy of Robin Williams. Since then, friends, family, fans and fellow actors have been sharing stories about his wonderful kindness and humor.

Last night Pierce Brosnan appeared on "Conan" and shared his fond memories of Williams from when the two were costars in "Mrs. Doubtfire." Brosnan explained to O'Brien that he was a huge fan of Williams and co-star Sally Field when he got the "Mrs. Doubtfire" job.

Brosnan, who at first looks uncomfortable to be on the spot talking about Williams, suddenly lights up when remembering a "foul-mouthed and funny" Williams. He tells the story of filming a scene where his character chokes on a shrimp. Apparently while Brosnan was filming that scene, Williams kept trying to make him crack up with dirty jokes. "He's going completely off to to Pluto and back again," Brosnan joked.

Brosnan is not the only former "Mrs. Doubtfire" cast member to pay tribute to Williams. Sally Fields said, "He always lit up when he was able to make people laugh, and he made them laugh his whole life long ... tirelessly." The kids (now grown up) from the movie have written tributes, including Mara Wilson, who remembered him on her blog here.

Conan O'Brien learned of Williams' death while taping an episode of the show, breaking the news to the audience and Will Arnett. Below are his tributes to him: