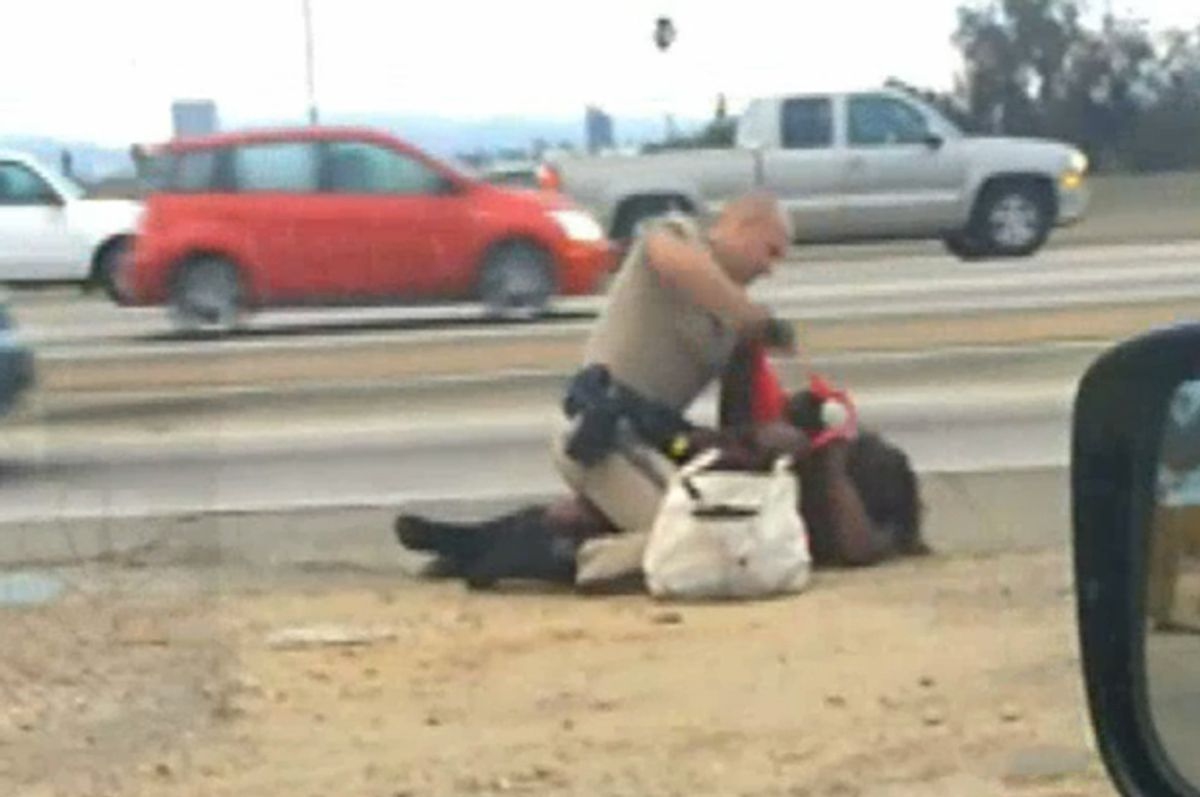 The officer who mounted and repeatedly punched a homeless grandmother in the face on the side of the I-10 Freeway in July could face “potentially serious charges” the California Highway Patrol announced on Wednesday. While an internal investigation is ongoing within the department, the CHP has turned its criminal investigation over to the Los Angeles County district attorney's office for further review.

The incident, captured by a passerby on video and uploaded to YouTube, shows officer Daniel Andrew tackling 51-year-old Marlene Pinnock, who had been walking on the side of the highway not far from the La Brea Avenue exit on July 1. A struggle ensued, culminating in Andrew straddling Pinnock and punching her repeatedly in the face and the head.

Andrew claimed in his police report that he was attempting to protect Pinnock. Upon arresting her, Andrew put Pinnock on a 72-hour mental health hold for posing a threat to herself and others.

In an interview with the Los Angeles Daily News, Pinnock's attorney, Caree Harper, lamented the sluggishness of the department in bringing charges against Officer Andrew.

“Jackie Lacey should immediately charge him," Harper told the Daily News over the phone.  "We’d like to see attempted murder, at the very minimum felonious assault. He should be held accountable.”

The CHP has moved Andrew, who had been on the job since 2012, from desk duty to administrative time off.

“The CHP understands the public’s interest in this case, and it is our desire to be as transparent as possible while adhering to the laws and due process that govern any investigation,” the CHP said in a statement. “We value the public’s trust and appreciate the community’s patience as we complete this important process.”

Here is the video of the incident which originally aired on ABC7 Los Angeles: