The surprising everyday ingredient that can reduce pot paranoia

The next time you get blazed, you may want to keep the peppercorn handy 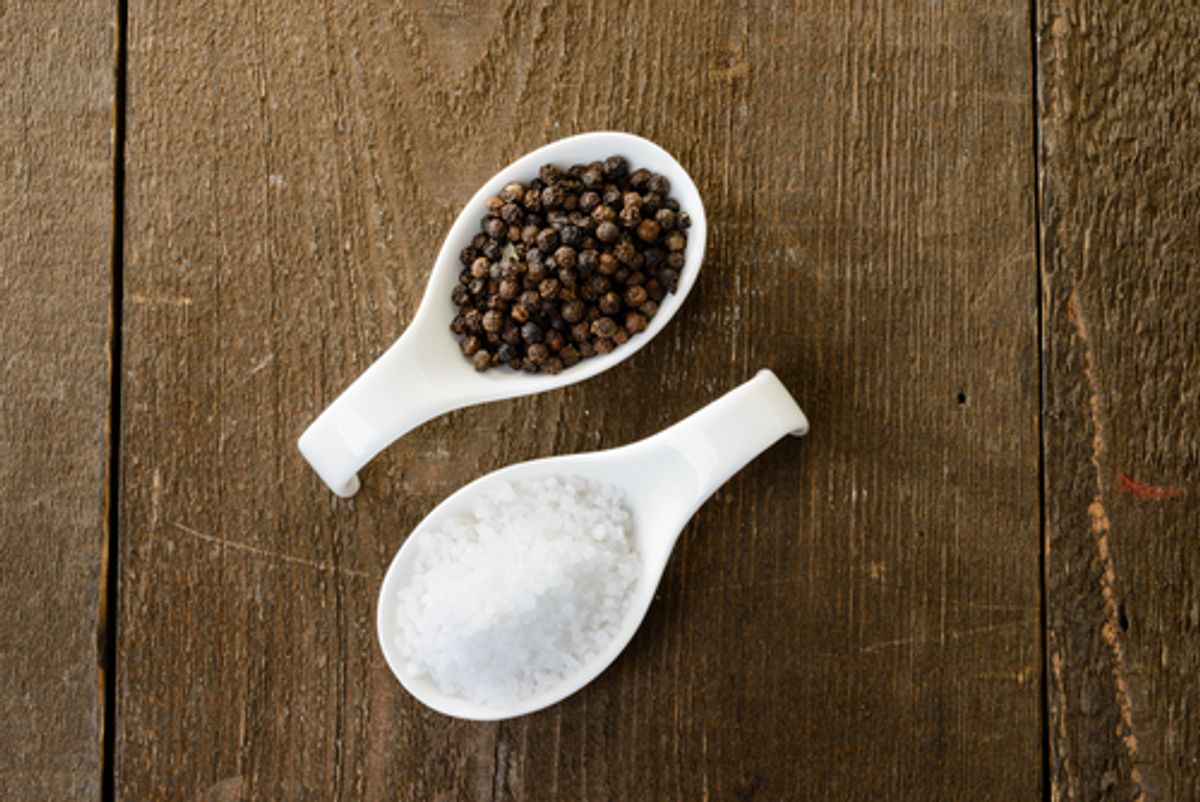 According to a recent report by Marijuana.com, sniffing black peppercorns could be the simple answer to reducing the paranoia effects sometimes felt after smoking pot. By simply smelling or chewing on peppercorns after lighting up, smokers can mitigate these effects, writes Jay Arthur.

Owen Smith writes in Canada's Cannabis Digest that while at Victoria Cannabis Buyers Club, he witnessed the impact pepper had on pot. "Most patients who have tried this simply took a few sniffs of the black pepper to receive an almost immediate effect," he wrote. "Others have reported that after chewing on pepper corns they felt relief within an hour, but that may be a delay most would seek to avoid."

Why would this work? In a scientific review published by the British Journal of Pharmacology, author Ethan Russo writes of a “phytocannabinoid-terpenoid entourage effect” that can help with “pain, inflammation, depression, anxiety, addiction, epilepsy, cancer, fungal and bacterial infections.”

Although the review doesn't contain any studies to pot and eating pepper, it aims to point out the connections between THC (tetrahydrocannabinol) and terpenoids found in plants such as pepper. For several years marijuana research has focused on THC for studying marijuana’s effects. Russo proposes we also turn our attention to the plant components found in terpenes. The combination of the two (in the right dosages) has great appeal for scientists studying medicines with cannabinoids.

Pepper contains the terpenes myrcene, α-Pinene (alpha-pinene) and the terpenoid (a modified terpene) caryophyllene.  Pinene has been used for asthmatic patients as a bronchodilator, and, beta-caryophyllene which has been researched for help with athritis, multiple sclerosis and HIV-associated dementia as well as treatment with anxiety and depression. In other words, the terpenoids found in pepper could help with the THC-induced symptoms felt from the phytocannabinoids found in marijuana.

Russo proposes that certain strains of medicine could benefit if given the right mix of of phytocannabinoids and terpenoids. He calls this a “synergy,” and references a number of historical anecdotes to prove his point, including one from Pliny The Elder’s Natural History Book, XXIV.

Pliny writes: “The gelotophyllis [‘leaves of laughter’ or cannabis] grows in Bactria and along the Borysthenes. If this be taken in myrrh and wine all kinds of phantoms beset the mind, causing laughter which persists until the kernels of pine- nuts are taken with pepper and honey in palm wine.”

The ancients from the Classical Era demonstrate once again that they have plenty to teach us.