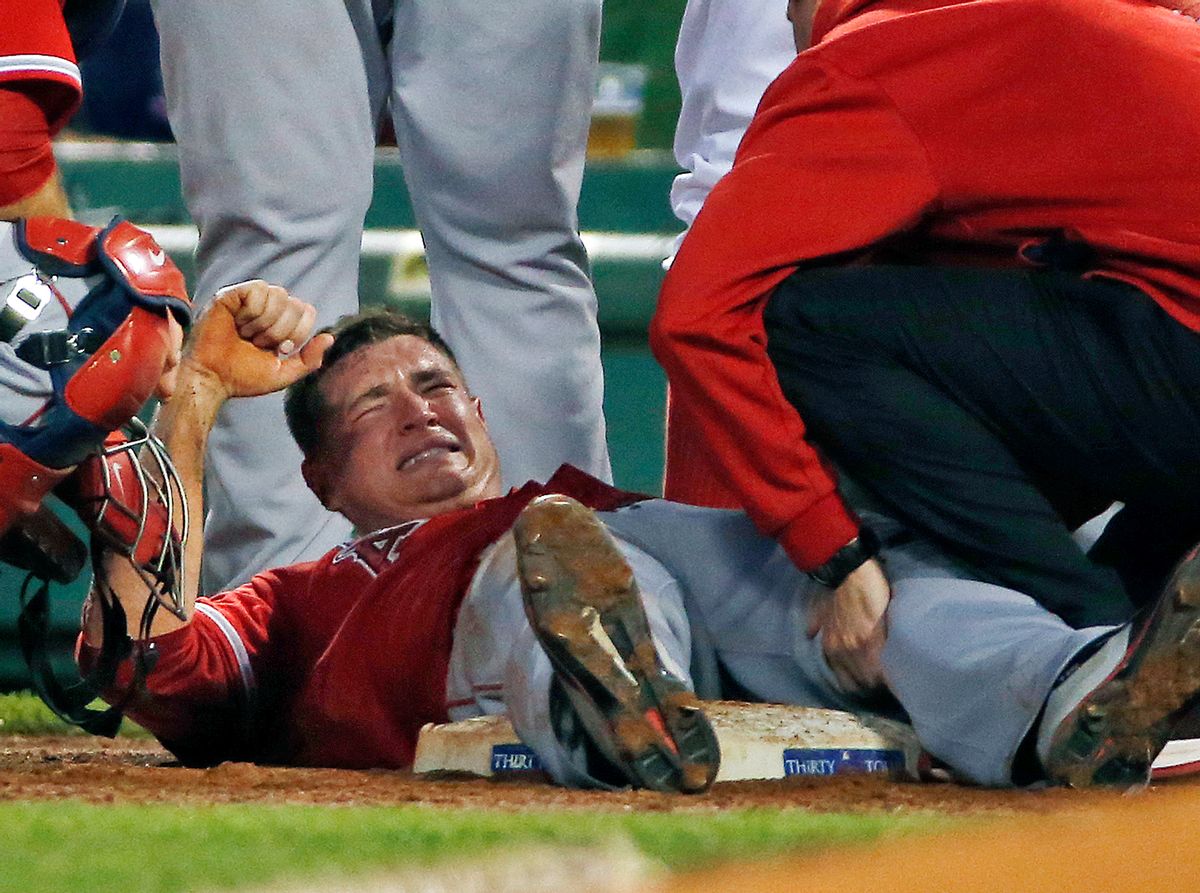 Los Angeles Angels starting pitcher Garrett Richards grimaces as he is attended to on the field after an injury during the second inning of a baseball game against the Boston Red Sox at Fenway Park in Boston, Wednesday, Aug. 20, 2014. (AP Photo/Elise Amendola) (AP)
--

PORTO, CELTIC WELL PLACED AFTER AWAY LEGS IN CHAMPIONS LEAGUE

Former European champions Porto and Celtic secure good results in the away legs of their Champions League qualifiers.

The Los Angeles Angels' playoff ambitions receive a hit as pitcher Garett Richards is stretchered off the field with a knee injury.

Caroline Wozniacki and Eugenie Bouchard are knocked out of the Connecticut Open early, harming their U.S. Open preparations.

Barcelona is locked out of the next two transfer windows as punishment for breaking rules on signing youth players.

The San Francisco Giants become the first team in 28 years to win a protest filed to Major League Baseball, forcing the resumption of a rain-interrupted game that had been awarded to the Cubs.