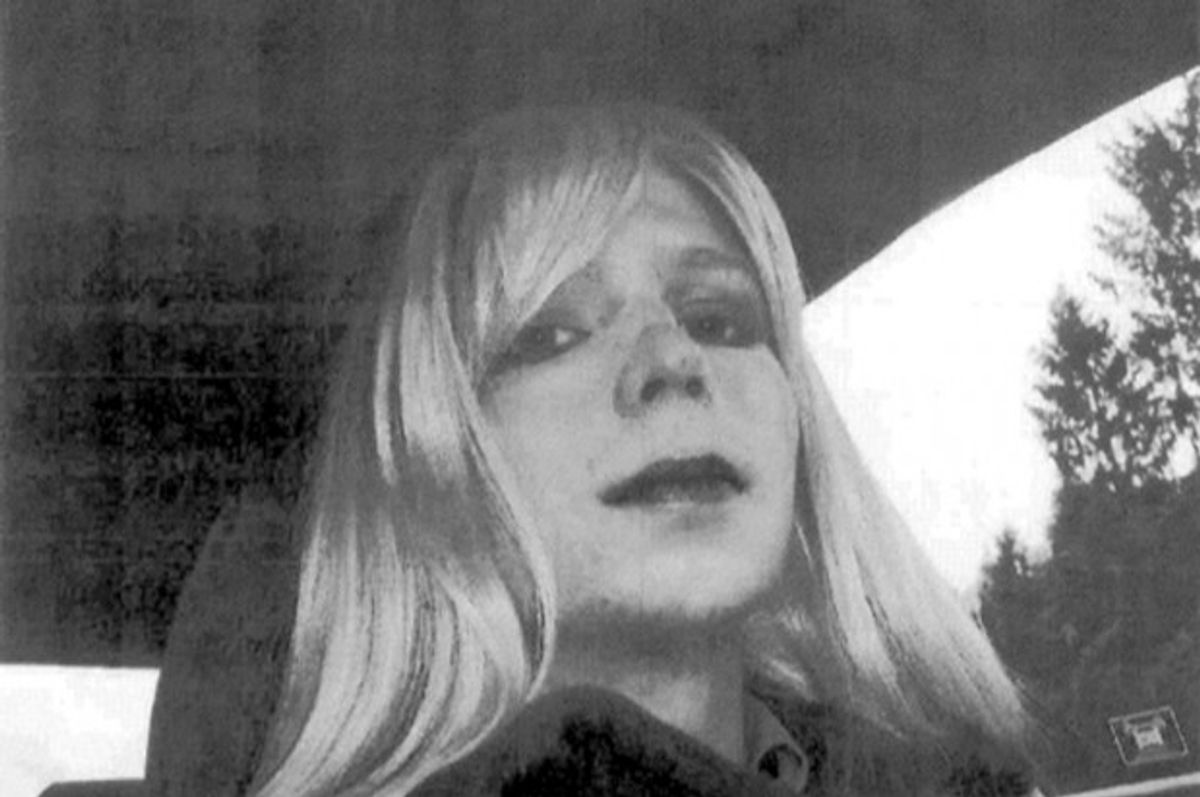 Chelsea Manning, who is currently serving a 35-year sentence for leaking classified national security documents to WikiLeaks, has accused the military of refusing to provide promised hormone treatment and gender transition assistance, despite authorization from Secretary of Defense Chuck Hagel. According to Manning, she has received nothing more than "lip service" from Hagel and the Army as she attempts to move forward with her transition.

In a public statement released via NBC News, the former Army private explained that the military's failure to provide treatment impinges on her medical needs:

Treatment is, as a matter of law, about medical necessity. Such as treating depression or anxiety. But, receiving treatment is very important to me, as a person. It has a little bit to do with the perception of myself -- the sense of unending discomfort with the gender that has been imposed on me -- but not out of vanity. ...

For example, in my daily life I am reminded of this when I look at the name on my badge, the first initial sewed onto my clothing, the hair and grooming standards that I adhere to, and the titles and courtesies used by the staff. Ultimately, I just want to be able to live my life as the person that I am, and to be able to feel comfortable in my own skin.

Last month, Hagel approved an Army recommendation to allow the early stages of gender transition, including counseling and dress code changes. Manning has already begun what the military is calling "real life experience therapy," ostensibly covering the "counseling" requirement, but her lawyer, David Coombs, says the military has failed to move forward with the rest of the recommendation. On Friday, Coombs also issued a statement asserting that he is prepared to sue if the military does not begin Manning's treatment:

The military's failure to comply with the treatment recommendations and protocols for Chelsea's diagnosed gender dysphoria violates her well-established constitutional rights to be free from cruel and unusual punishment. ... The Constitution does not authorize prison officials to withhold medically necessary care from a prisoner because of the arbitrary decisions of governmental officials.

The military has yet to announce when Manning will begin hormone treatment.