Now that we have erasure poetry made from "Infinite Jest," a look at some of the other works of art DFW has spawned 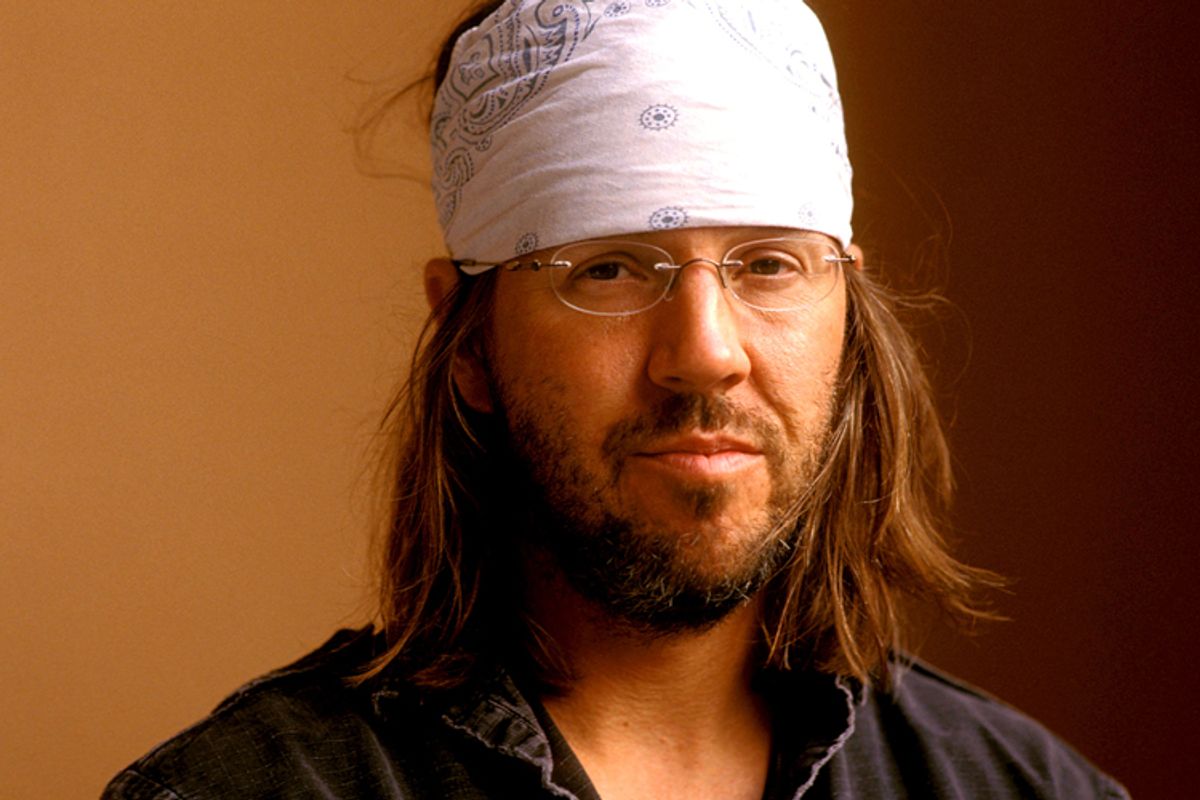 David Foster Wallace's writing had a profound impact on poet Jenni B. Baker. Such a profound impact, in fact, that she decided to memorialize it with her own poetry,  half a decade after DFW's death. Baker is not the only one to make art out of DFW's writing; some is readily available for mass consumption, like the Decemberists's "Calamity Song" or the Glossary's short film adaptation of Wallace's speech "This is Water." But Baker's art is more esoteric: it's erasure poetry. "In late 2013, I started work on Erasing Infinite, a project in which I create erasure poetry page by page from David Foster Wallace's Infinite Jest," she wrote in the Huffington Post recently. "The effort springs not from fandom, but from grief, my creative process at once a metaphor for death and a mechanism for dealing with it."

Baker's poetry may seem strange, reminding some of Jonathan Safran Foer's inaccessible paper cut-out "Tree of Codes," but Wallace's postmodern, dystopian tome has inspired many other art pieces, both high and low: Fan-fiction almost always elicits a groan from the masses, but this one by Michael Maiello, naturally featuring an abundance of footnotes and words like "ibid," seems more satirical than earnest. Besides, imitation is a form of flattery -- as Baker said, it's about the process. If DFW fan-fic is your thing, who are we to judge?

There are many DFW Tattoos out there, and several more literature-based body art in this book, but here's a scene from "Infinite Jest" turned into ink: The Chocolate Factory put on an interpretive performance piece inspired by "Infinite Jest," a challenging two-and-a-half hour feat for only the most obsessive DFW fan. Here's a description of it from the New York Times:

The show, in which the performers repeat verbatim thick slices from Wallace’s nonfiction prose as well as interviews with him, bears the appropriately lengthy title “A (radically condensed and expanded) SUPPOSEDLY FUN THING I’LL NEVER DO AGAIN (after David Foster Wallace).”
Needless to say, economy was not Wallace’s signature style. His footnotes alone can ramble for more than a thousand words in a single stretch, and his most famous novel, “Infinite Jest,” all but bore out the adjective of the title. Mr. Fish’s tribute to Wallace certainly honors his affinity for long-haul composition: it runs a daunting two and a half hours without an intermission, which makes both for a long sit (there is a two-minute pause for stretching) and a veritable ocean of words to surf, or occasionally drown in. At times they come at you so fast and frenzied — the selections are transmitted to the performers via headsets, and the pace is determined live by Mr. Fish — that merely staying afloat among Wallace’s pyrotechnic sentences and swirling digressions becomes a serious challenge.

If you thought the Chocolate Factory's performance was long, then you probably wouldn't want to sit through this 24-hour performance of "Infinite Jest" in Berlin's Hebbel am Ufer theatre’s "promenade reimagining" of the 1,000-page epic. But the 2012 cultural experience, which reportedly made use of Berlin's "offbeat structures," got favorable reviews from the Financial Times:

The opening scenes take place in west Berlin’s LTTC tennis complex to bring to life Boston’s elite Enfield Tennis Academy, home of troubled prodigy Hal Incandenza, one of the novel’s protagonists. On the main court, we see four identical selves using words to vie for game, set and match, an image of a fractured personality at war with itself; it’s immediately clear that the next 24 hours will be total immersive theatre, geared to match Wallace’s long descriptive passages and verbal volleys – he was a master of the linguistic lob shot.