"I have not seen any evidence of successful U.S. intervention to stop such violence in our modern history" 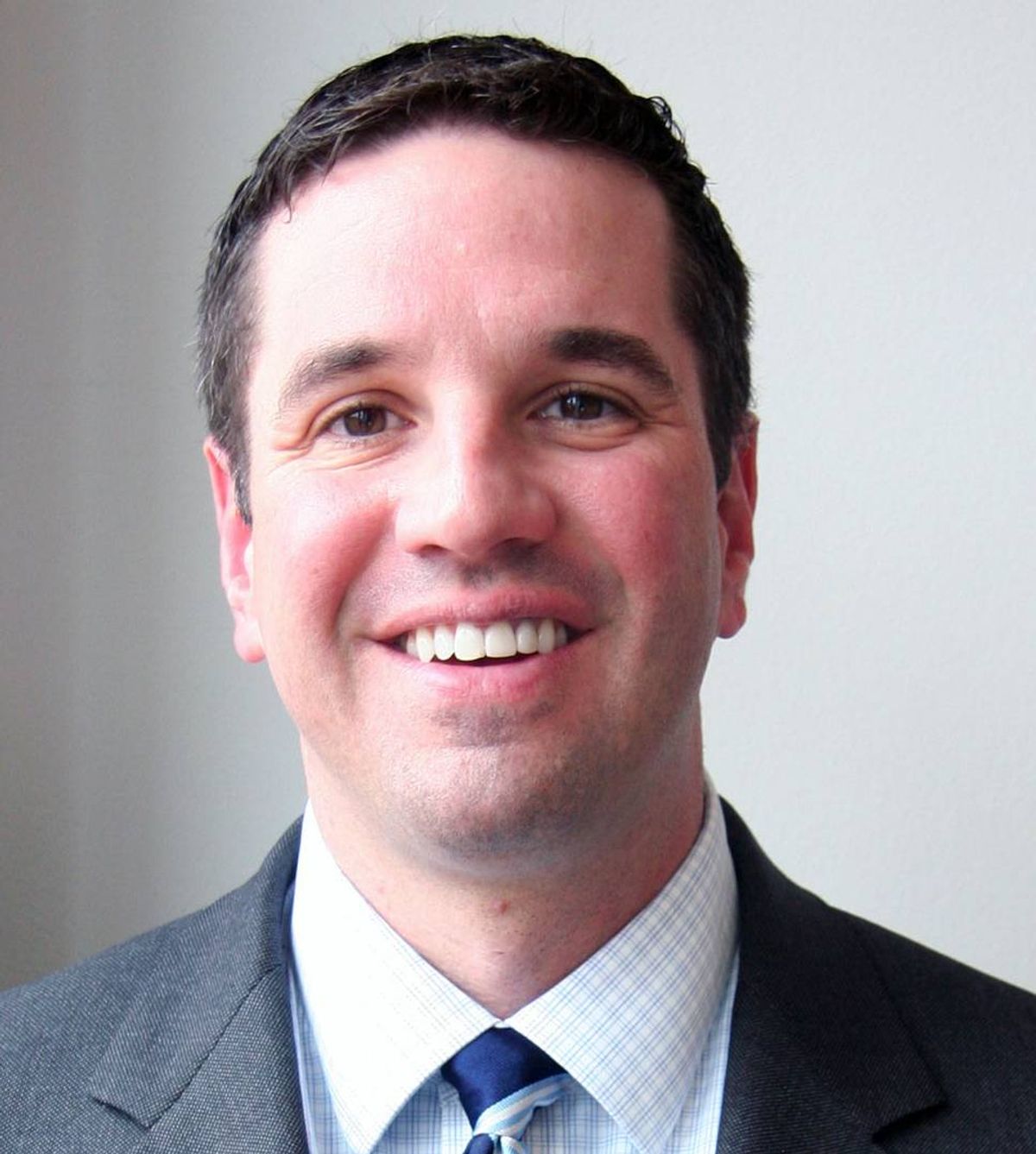 Matthew Hoh is a former Marine who served two tours in Iraq before being stationed in Afghanistan as a high-ranking foreign service officer. In 2009, Hoh resigned in protest from the State Department over the U.S.' misguided occupation of Afghanistan.

Note: This interview was conducted before Defense Secretary Hagel announced that the U.S. was unlikely to send in ground troops to rescue refugees on Mount Sinjar.

You've written that sending U.S. troops back into Iraq, bombing the Islamic State, or otherwise engaging militarily in Iraq's civil war may serve to salve guilty American consciences, but will only exacerbate the country's violent divisions in the long run. With that said, there remain thousands of Yazidi and other non-Sunni refugees stranded and besieged on a mountain, with no access to food and water other than by airlift, dying of starvation, dehydration and sunstroke.

Should it prove to be the case that the deployment of U.S. ground troops is the only means available to carry out an evacuation, is there a valid distinction to be made between that kind of an emergency, humanitarian rescue mission and out-and-out U.S. military intervention in Iraq? Could this be a situation in which some limited use of U.S. military force in the area is justified, and if not, what is the humanitarian alternative?

I think that distinction can be made in theory or in debate, but in practice I don't believe it is possible to put American troops into the middle of the Iraq civil war without supporting one side against another in the conflict. If our troops go into Iraq they will be picking winners and losers in a society they do not understand and in a war that is amazingly complex. This was the genesis of this conflict in 2003. The United States has quite a history of U.S. forces being utilized by one side against another in foreign civil wars, and that utilization only widens and deepens the conflict. Vietnam, Afghanistan, Libya, Yemen and, of course, our nearly nine-year-long occupation of Iraq are all examples. Further, putting foreign troops into Iraq will only help serve the interests of ISIS by lending credence to their propaganda and recruiting narratives.

The plight of the Yazidis should not be seen either as a singular tragic event, but rather as the most recent of a vicious cycle of violence that has been ongoing in Iraq. Estimates are of half a million dead, millions injured or maimed, and upwards of 4 million people, out of a population of 32 million, or one in eight, have been forcibly driven from their homes since 2003. So, without some political solution that will stop the cycle of violence, the Yazidis will soon be replaced in the archives of Iraqi horrors by another ethnicity or demographic. A long-term solution is what is needed, not something that is short-term and designed to score domestic political points or adhere to some form of foreign policy ideology or doctrine.

Finally, it is very important to separate and not conflate our humanitarian mission with the military mission. The United States is the wealthiest nation on Earth and we should help in a humanitarian manner whenever we can. However, in this case our military assets were not used to protect the Yazidis, but to protect territory that the Kurds have taken control of over the last two months. Since June the Kurds have increased their territory by 40 percent, including capturing the major oil city of Kirkuk. Northern Iraq is rich with oil and natural gas and what is playing out is a battle for these resources by the Kurds and Sunnis in the wake of the departure of Baghdad's control and army. In effect we have become the Kurdish Air Force in protecting the gains the Kurds have made since this crisis began in June. Additionally, we have a very large CIA base near Erbil, which was reported by the Miami Herald last month, and protection of that, because of our concerns with Iran, is a priority for the administration.

The same was said, however, by Clinton administration officials about Rwanda — that the U.S. cannot risk American lives, treasure and prestige intervening in a "tribal" conflict that could embroil the U.S. in the region for years or decades. The result of that calculation was genocide. Is the situation different in this case? What should be the guidelines for when foreign troops should intervene to prevent genocide or a level of mass atrocity that approaches it?

I'll turn this around and say that I think the situation is different because of the oil and natural gas in northern Iraq. If Rwanda had such resources I think you would have seen intervention by the U.S. in the '90s.

Additionally this situation is different, because it has been caused by U.S./Western occupation in Iraq and the resultant destabilization of the region. ISIS is an outgrowth of al-Qaida in Iraq, which was created in the wake of our invasion of Iraq in 2003. What needs to be done is to reverse the cycle of instability caused by U.S. intervention and meddling, one of the results of which is the atrocity committed against the Yazidis.

Consistency in our policy is a needed start to diminish the chances of future genocide. Remember a year ago, many of the same advocates in the U.S. of our reentry into the Iraqi civil war to fight ISIS were advocating the U.S. become involved militarily in Syria, which, in effect, would have put the U.S. in support of ISIS and its goals in Syria. So, consistency in policy, and some thinking other than military-only approaches, needs to be applied to the region.

As far as what guidelines should be for U.S. troop intervention, I must say I do not know. I have not seen any evidence of successful U.S. intervention to stop such violence in our modern history. So, while I think it is a noble idea, I don't think it is practically possible. Prevention of genocide by addressing conditions of political instability and lack of political order is what is needed and what is attainable.

Certainly the U.S. invasion unleashed the chaos we're witnessing and set in motion the events that led to the rise of al-Qaida in Iraq/ISIS/the Islamic State. However, it was during the period of U.S. drawdown that Nouri Al-Maliki consolidated Shiite political rule and excluded the Sunnis from power, fueling the disenchantment that has led to this resurgence of militant Sunni nationalism. While the U.S. was exiting its military role in Iraq, are there diplomatic levers the Obama administration could have used to prevent the current outcome we're seeing? Are there diplomatic levers it could still use today? Or should the U.S. simply extricate itself from the conflict on every level, both military and non-military?

I think we need to remain engaged with the world and the Middle East non-militarily while steadily reducing our military engagement, and thereby drawing down tensions in the Middle East, cooling off the arms race amongst Middle Eastern nations, particularly Iran and Saudi Arabia, and diminishing the rationale and narrative of terror groups like al-Qaida and ISIS, that rely, in simple terms, on keeping the motif of the Crusades alive. We have had a heavy military involvement, indeed a military-first foreign policy, in the Middle East since the end of World War II and most especially over the last four decades. The result has been a steadily decreasing level of stability in the region.

With Iraq we should have limited our arms sales to the Maliki government and limited its oil exports unless the government had remained politically inclusive. We have also fostered incredible confrontation between Saudi Arabia and Iran, aggravating an existing Sunni Arab and Shia Persian tension that has played out in both nations supporting proxies in the civil war in Iraq. Of course, this may not have been possible; we may not have had such leverage in Iraq following our occupation. Both Shia and Sunni Iraqi communities were devastated as a result of the American occupation, so it is debatable what influence we could have had at all in Iraq over the last three years.

I feel, sadly, the violence in Iraq may need to play out, that external involvement will cause unintended consequences in Iraq and the region. The United States' focus needs to be on repairing, actually completely rebuilding, any moral authority it once possessed and trying to become a truly independent outside power that seeks stability, balance of power and prosperity for the people of the Middle East. This isn't fanciful idealism, but rather realistic policy necessary to prevent further atrocity and collapse throughout the Middle East. If the U.S. continues to try and pick winners and losers in the Middle East then the U.S., and the Middle East, will continue to fail.

Do you believe that the most stable eventual outcome for Iraqis may be the partition of Iraq into three countries, for Shiites, Sunnis and Kurds, respectively, if it's even possible to do so without foreign intervention?

Yes, I do. I think that is the solution. There must be an equitable sharing of resources, but I believe that is the path most conducive to stability. Over time, when political order is restored, I think you will see a return to the multi-ethnicity that did characterize large parts of Iraq, including Baghdad, but for now I think only segregation and equitable sharing of resources will provide a solution to stop the cycle of violence.

At this particular moment, do you hold out much hope for the long-term future of Iraq?

No. I think political order in Iraq has been so overturned and upset, that we are going to see a lot more bloodshed until a natural and legitimate political order exists again. Again, to reiterate, the cause of this chaos and death has been outside intervention and occupation by foreign forces. It is mind-boggling that people advocate that as the solution.

Leighton Woodhouse is a freelance writer living in New York.