Is Batman the world's worst dad? The most disastrous comic book parents

If mommyblogs existed in the comics universe, they would surely tear these characters apart 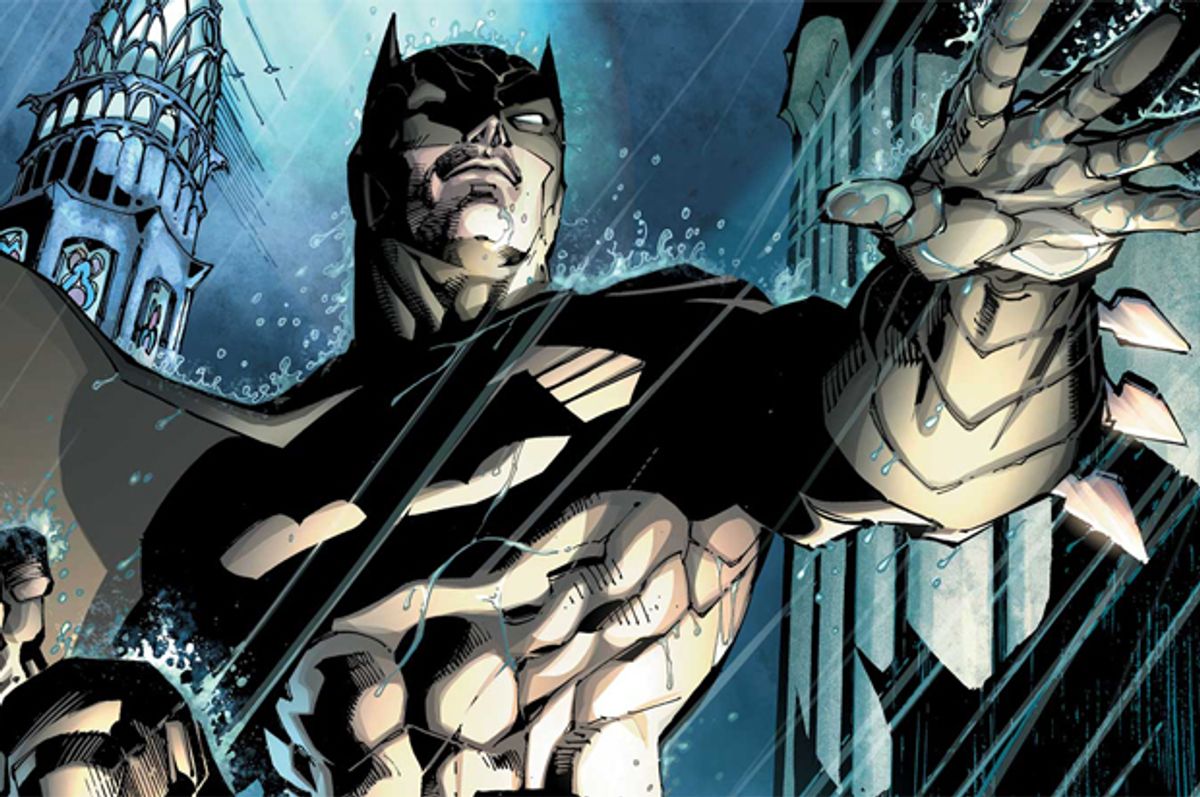 These days it's hard to go online without seeing an article or 10 about outraged parents, or someone outraged by parents, or outrageous parents. Motherhood is usually the specific lightning rod. Books like “Battle Hymn of the Tiger Mother," the “Fit Mom” who was accused of body-shaming other moms, Gwyneth Paltrow’s "diabolical" comments about motherhood: the outrage machine devours them one by one.

But take heart, parents of Earth! You can’t possibly be doing worse than comic book parents, particularly in the superhero realm. Superheroes and supervillains alike have displayed some of the worst parenting skills in the multiverse, often with dire consequences. Your tyke may rip a hole in the couch, but comic book hellspawn have been known to rip a hole in the fabric of reality.

If mommyblogs existed in the DC Universe, they would never stop talking about Talia, and with good reason: she’s one of the worst parents in the history of comics. Way back when, in 1987, she and Batman made a little Bat-whoopie in a story that was considered a disruption of continuity until Grant Morrison introduced the result, Damian Wayne, in 2006. Talia — who has her own crappy parent, eco-terrorist Ra’s al Ghul — raised Damian in secret as a member of the League of Assassins, who have never been able to acquire a recognized daycare license. When Damian decided he’d rather be a Robin for dad than a murdering goon for mom, Talia cloned another Damian (she keeps that Bat-DNA handy) into a monster who ended up killing the first Damian. Then she killed the giant monster clone of Damian too. Not exactly the mother of the year.

Damian’s dad doesn’t deserve any parenting prizes either. He allowed Damian to get in the middle of his war with Talia, and he’s been putting his adopted kids (or wards, whatever) in danger since the forties: Dick Grayson, Jason Todd, Tim Drake and Stephanie Brown are exhibits A, B, C and D. No fewer than three Robins — Todd, Brown and Damian — have died in the line of duty. Patrick Gleason wasn’t kidding when he wrote this sentence as part of a story pitch for the “Batman and Robin” series: “Bruce may be the ‘World’s Greatest Detective’ but he’s still not the ‘World’s Greatest Dad.’” No shit, Sherlock.

This extremely minor member of Daredevil’s rogues gallery is an abusive parent and worthless dirtbag. He would hardly be worth mentioning if not for a brilliant story about his traumatized son: “Wake Up,” written by Brian Michael Bendis and illustrated by David Mack. Mack’s gorgeous, often abstract paintings perfectly convey the confusion and horror of Timmy, Leapfrog’s son, who retreats into his own mind after witnessing unknown events. The hero of this story isn’t even Daredevil: it’s reporter Ben Urich, who investigates what happened to Timmy and, we later learn, adopts him. For a look at a possible future of Timmy, read the wonderful, underrated “Daredevil: End of Days.”

Tired of being called Hitler or “double Hitler” (to quote “30 Rock”) on the Internet? Well, here’s a bad parent who was an actual Nazi. Captain America’s number one nemesis wanted an heir, but when the child was a girl, he attempted to throw her into the sea, which isn’t considered a best practice for new parents. The Skull’s follower Susan Scarbo convinced the Skull that any daughter of his must be worthwhile, and it’s quite possible she could end up just as villainous as her demented dad. The Skull relented, allowed Scarbo (also known as the villain Mother Night) to raise Sinthea Shmidt, who eventually became the twisted, murderous supervillain Sin, thanks to a lifetime of abuse and horror. Maybe there’s something about supervillains with a color in their names that leads to terrible parenting, because the Green Goblin is almost as bad.

You may know her as the evil, borderline demonic grandma from Garth Ennis and Steve Dillon’s immortal Vertigo series “Preacher,” and she deserves a place in the Bad Comic Parent Hall of Fame. Not only did L’Angell order the murder of her own daughter and son-in-law, but when she “raised” her grandson Jesse Custer, she gave him the most monstrous time-outs imaginable. For the small crime of profanity, Jesse was imprisoned (more than once) in a coffin for a week at a time, with only a little hose to the surface keeping him alive and an apparition/hallucination of John Wayne keeping him company. And you thought your childhood sucked.

Trigon is an interdimensional demon, so he gets up to much more evil than your typical, one-dimensional demon. This evil includes parenthood. Anyhoo, Trigon tricked an Earth woman into the sack, and the result was Raven: a young lady with empathic powers who was a longtime member of the Teen Titans during the classic Marv Wolfman/George Pérez years. Eventually, Trigon took over his daughter’s body, which led to the Titans killing their friend in one of the most devastating comic book deaths ever. My friend Shane Swinnea summed up Trigon’s approach to fatherhood like so: “Hey daughter, let me use your empath powers and desire to be loved and understood as a way for me to take over your body and ENSLAVE THE EARTH!!!” Something about the Teen Titans seems to bring out diabolical dads, as their enemy (and sometimes ally) Deathstroke the Terminator is another non-contender for World’s Greatest Dad.

In “Invincible,” young superhero Mark Grayson’s dad Nolan is Omni-Man, a Superman type from Viltrum. As the world’s most powerful superhero, Omni-Man appeared to believe in truth, justice and the American way, until his son caught him executing other superheroes. Imagine if Superman was your dad and you caught him punching his fist through Green Lantern’s chest, then decapitating Aquaman. Awkward! After getting caught with his hand in the murder jar, Omni-Man finally revealed to his son (and readers) that Viltrumites are actually war-mongering bastards, and he was preparing Earth for conquest. That didn’t go over well. However, this was just the beginning of the story for this father and son, and without spoiling anything, future issues did bring a little redemption and reconciliation, which is more than I can say for most of the diabolical child-rearers in this list.