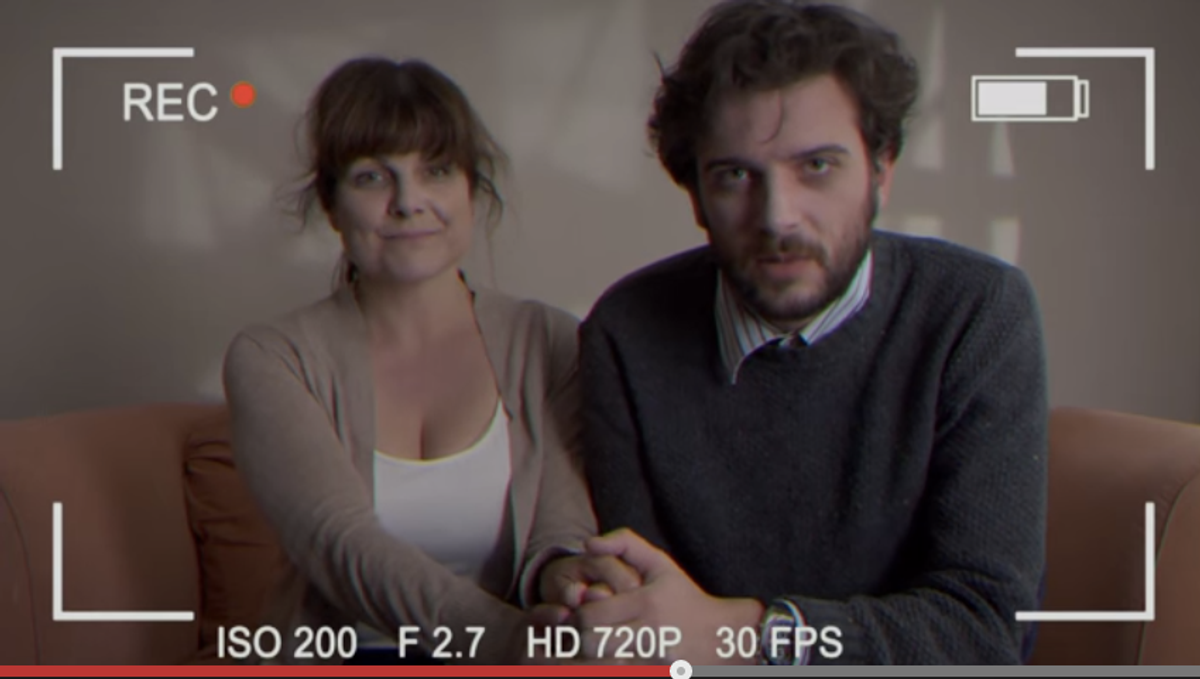 The Irish LGBT rights group LGBT Noise has come up with a charming and insightful promotional video for its upcoming equality march, which shows precisely what doesn't happen when people are afforded the legal right to marry whomever they love: Total chaos. Lawlessness and disorder. World takeover by gay zombies.

The video, cutely titled "Armagayddon," depicts a married man and woman, John and Mary, who have barricaded themselves in their townhouse in the wake a passed referendum legalizing same-sex marriage in Ireland. The referendum, it seems, was passed with overwhelming support from heterosexual allies marching and voting in favor of LGBT rights (because showing allied support is crucial to the movement). All that resulting equality -- "so much equality" -- made the country "practically unrecognizable," keeping John and Mary from living their lives as peacefully as they once did:

We tried to blend in, but the weddings were unbelievable! I felt completely underdressed. And the cakes were... amazing. It was at that point it became a question of survival.

After noting that the couple hasn't left the house in two years, Mary rejoices over the fact that she and John "haven't gotten divorced." And, John adds, "Neither of us have gone gay, either." Because (surprise!) same-sex marriage doesn't threaten the wellbeing of existing, opposite-sex marriages, nor does it make the people in those marriages "go gay." That's not how that works. Instead, same-sex marriages let people live their lives, fulfill their relationships and build their families as they choose -- and, apparently, leads to some pretty fabulous weddings with fantastic cakes. Legalization is not the end of the world.

Watch the whole "Armagayddon" PSA below: