Researchers: Police likely provoke protestors — not the other way around 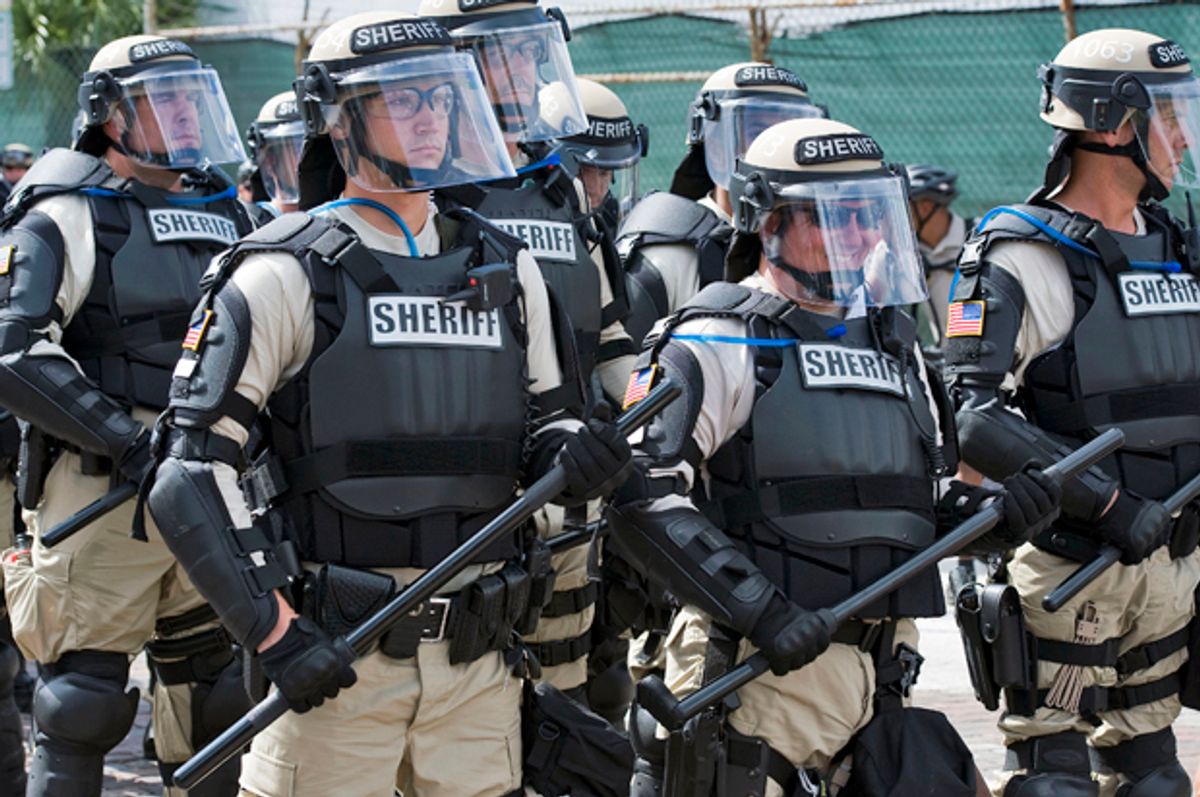 New research from the University of California, Berkeley, shows that police are often the provocateurs of violence during demonstrations.

The Deciding Force project, who has been studying clashes between law enforcement and protestors in 192 cities during Occupy demonstrations in 2011, said that attacks by police against protesters in Ferguson, Mo., are part of a disturbing trend of law enforcement playing the role of agitator.

"Everything starts to turn bad when you see a police officer come out of an SUV and he's carrying an AR-15," said Nick Adams, a sociologist and fellow at UC Berkeley's Institute for Data Science who has been heading the research at the Deciding Force Project. "It just upsets the crowd.”

During the Occupy protests, some of the most violent scenes occurred in Oakland, California, the research finds. According to the San Francisco Chronicle,

In one October 2011 protest over the clearing of an Occupy encampment outside Oakland City Hall, officers fired tear gas and projectiles into crowds, injuring several activists. One of them, Iraq war veteran Scott Olsen, was critically hurt and settled a lawsuit against the city in March for $4.5 million.

“We’re finding police have a lot of capacity to set a tone,” Adams said during a recent radio interview with Sacramento’s KFBK. “When police show up in riot gear you get a different kind of interaction than when they show up in their regular uniforms.”

In Ferguson, police in full tactical gear have shot tear gas at protestors, pelted them with rubber bullets, and utilized smoke bombs to clear crowds. Numerous arrests have been made, including more than a dozen journalists covering the demonstrations.

Police say looting, violence, and armed “instigators” have provoked these actions, though accounts of such incidents vary.

“Let me also be clear that our constitutional rights to speak freely, to assemble, and to report in the press must be vigilantly safeguarded: especially in moments like these. There’s no excuse for excessive force by police or any action that denies people the right to protest peacefully,” the president said, adding that violence and looting from protestors was unacceptable.

“Giving into that anger by looting or carrying guns, and even attacking the police only serves to raise tensions and stir chaos,” Mr. Obama said. “It undermines rather than advancing justice.”

Michael Brown was gunned down by Ferguson police officer Darren Wilson on August 9th. An autopsy commissioned by Brown’s family, released earlier this week, concluded that Brown was shot at least six times, twice in the head.

Wilson, whose name was not released for nearly a week by Ferguson police, has not been charged with any crime.