On the latest episode of his Web series, the British comedian takes Fox to task for its one-sidedness 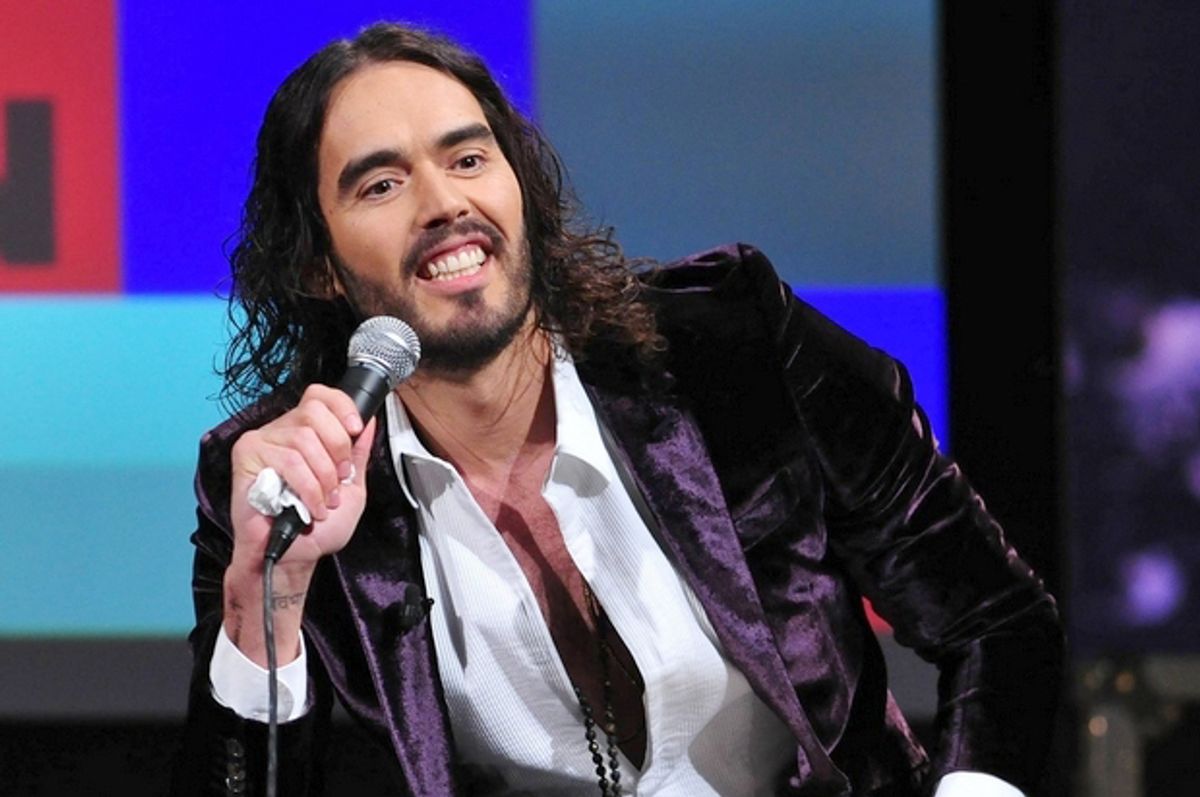 Russell Brand eviscerated Fox News’ coverage of the protests in Ferguson, Missouri, on Thursday, blasting the network for its one-sidedness.

“It’s so outrageous,” Brand said on the latest episode of  his show, "The Trews."

Brand criticized Fox News for its nearly unanimous support of Darren Wilson, the white Ferguson police officer who shot and killed Michael Brown earlier this month, and for its deeply negative attitude toward protesters in the Missouri city.

“I think what’s interesting about Fox News’ coverage is the complete evisceration of any compassion in the argument,” Brand said. “Pain and suffering is the lifeblood of their channel. There’s no one so disadvantaged, so oppressed, that Fox News can’t get some mileage out of exploiting or condemning them.”

Beginning his takedown, Brand homed in on Greg Gutfeld’s comments on “Red Eye,” where the host said that “the media, like humanity, can only handle two sides to a story, and they almost always flock to one side — and it’s David, never Goliath.”

Cutting in, Brand cannily responded: “Yeah … When you look at the Bible, you think, ‘Hang on here! Should we revise this clearly allegorical story about David and Goliath? What about Goliath — the hapless, lovable giant?’ No, you don’t — Goliath is clearly there to demonstrate oppressive power, isn’t he?”

Brand continued his assault on Gutfield, playing a segment where Gutfield called the overwhelming support for Brown whom the “Red Eye” host deemed the “underdog” the result of “decades of pop culture, deeming what’s cool and what isn’t.”

“It’s not ‘cool’ to stick up for the people of Ferguson, who after a century of oppression and the only limited success of the civil rights movement, have decided that after the killing of an unarmed man to protest. They’re doing it because they like some of their trainers,” Brand said, referring to expensive athletic shoes.

Brand also took aim at Fox News contributor Jason L. Riley, author of the book "Please Stop Helping Us: How Liberals Make It Harder for Blacks to Succeed." Riley, who consistently has attempted to explain black crime as a pathological deficiency, recently lambasted President Barack Obama for his comments that “black crime stems from poverty, or a racist criminal justice system, which is nonsense!”

Brand wouldn’t stand for it.

“That’s outrageous,” Brand said. “Of course there’s an economic aspect to the argument. Of course there’s a social aspect. You can’t just bring out the author of the book 'We Deserve to Be Shot' to bring out arguments just so Fox News can keep being as they are.”