A new study highlights an unexpected consequence of drought 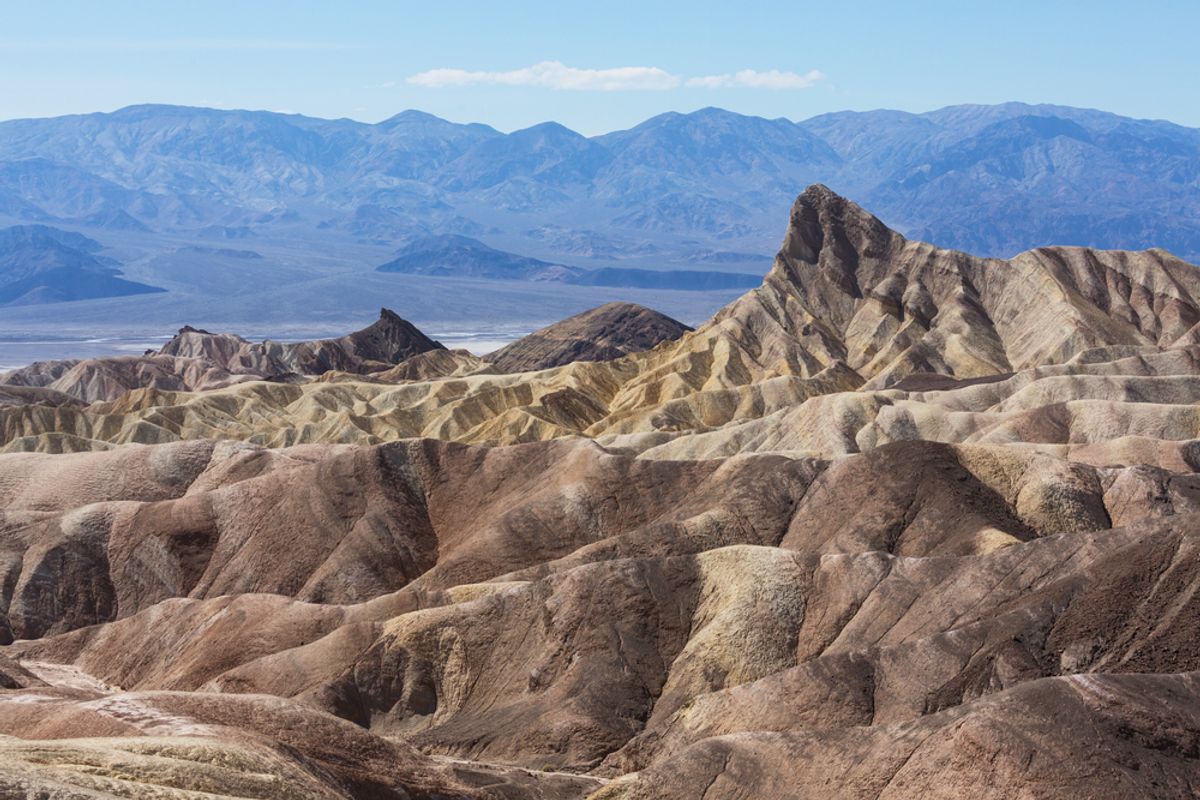 This sounds like the beginning of a great joke: How dry is it in California?

So dry, it turns out, that mountains are now over half an inch higher.

So say scientists at the Scripps Institution of Oceanography at U.C. San Diego, whose new research, published in the journal Science, finds that the drought, in wringing the ground dry, is causing it to literally rise: by 15 millimeters (0.6 inches), in the case of some of California's mountains, and by an average of 4 millimeters (.15 inches) across the Western U.S.:

How is this possible? We're talking about a lot of water being lost: about 63 trillion gallons this year (picture a 3.9 inch pool of water over the entire West, or the amount being lost every year from Greenland's melting ice sheet). Without that weight compressing Earth's crust, the researchers explain, the ground itself appears to rise up "like an uncoiled spring."

The researchers caught on to what was happening while studying data from GPS stations set up within the National Science Foundation’s Plate Boundary Observatory. The stations, they realized, had been moving measurably upward since 2003, and the movement coincided with the drought's timing. They say this is likely a common effect of droughts -- we've just never been able to see it before.

With that discovery comes a heightened understanding of the drought's magnitude. “These results quantify the amount of water mass lost in the past few years,” explained study co-author Dan Cayan. “It also represents a powerful new way to track water resources over a very large landscape. We can home in on the Sierra Nevada mountains and critical California snowpack."

“That’s why this study is interesting,” co-author Duncan Agnew told Climate Central. “We can use this set of tools, which were installed for a different purpose in order to monitor water changes.”

If I were to give one reason why the study is interesting, I'd say it's because the drought is literally moving mountains. But hey, to each his own.