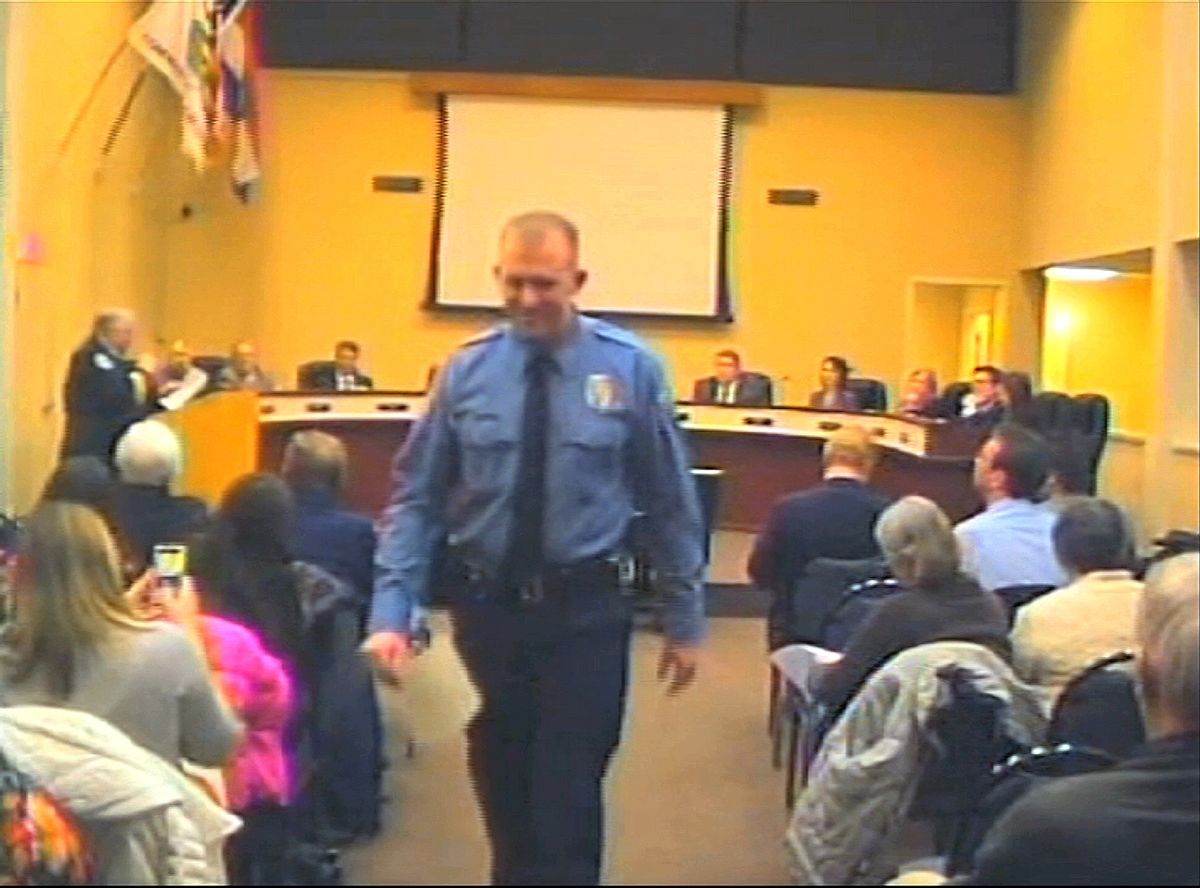 While news outlets and commentators have attempted analyze every action of Michael Brown, the unarmed black teen shot to death six times in Ferguson, Missouri two weeks ago, we seem to know very little about his shooter, Ferguson police officer Darren Wilson. Wilson, who just months ago won a commendation in a Town Council ceremony, now remains under the police's protection and hasn't spoken about the incident.

But as the public continues to search for answers, the Washington Post has published a report on Wilson's career, including a brief biography, that offers some insight into Wilson's past.

According to officials interviewed by the Post, Wilson maintained a clean record, but the Post reports that his first job "was not an ideal place to learn how to police." He entered the police force in 2009, joining a nearly all-white, 45-member task force that patrolled Jennings, Missouri, a small, impoverished city of 14,000 where the residents were 89 percent African-American. The racial tension was high, and the police were accused of using excessive force against its residents:

“You’re dealing with white cops, and they don’t know how to address black people,” Epps said. “The straw that broke the camel’s back, an officer shot at a female. She was stopped for a traffic violation. She had a child in the back [of the] car and was probably worried about getting locked up. And this officer chased her down Highway 70, past city limits, and took a shot at her. Just ridiculous.”

Police faced a series of lawsuits for using unnecessary force, Stichnote said. One black resident, Cassandra Fuller, sued the department claiming a white Jennings police officer beat her in June 2009 on her own porch after she made a joke. A car had smashed into her van, which was parked in front of her home, and she called police. The responding officer asked her to move the van. “It don’t run. You can take it home with you if you want,” she answered. She said the officer became enraged, threw her off the porch, knocked her to the ground and kicked her in the stomach.

The department paid Fuller a confidential sum to settle the case, she said.

The department also endured a corruption scandal. In 2011, city council members voted 6-1 to shut down the force and start over, bringing in a new set of officers. Everyone was let go, including Wilson, but he soon found a job at the Ferguson police department, where he has been since.

Lt. Jeff Fuesting, who took over command of the Jennings force, assessed the problems of the former task force like this: