Sorry, everyone: The future of journalism is still up in the air

All the news that's fit to scrimp? 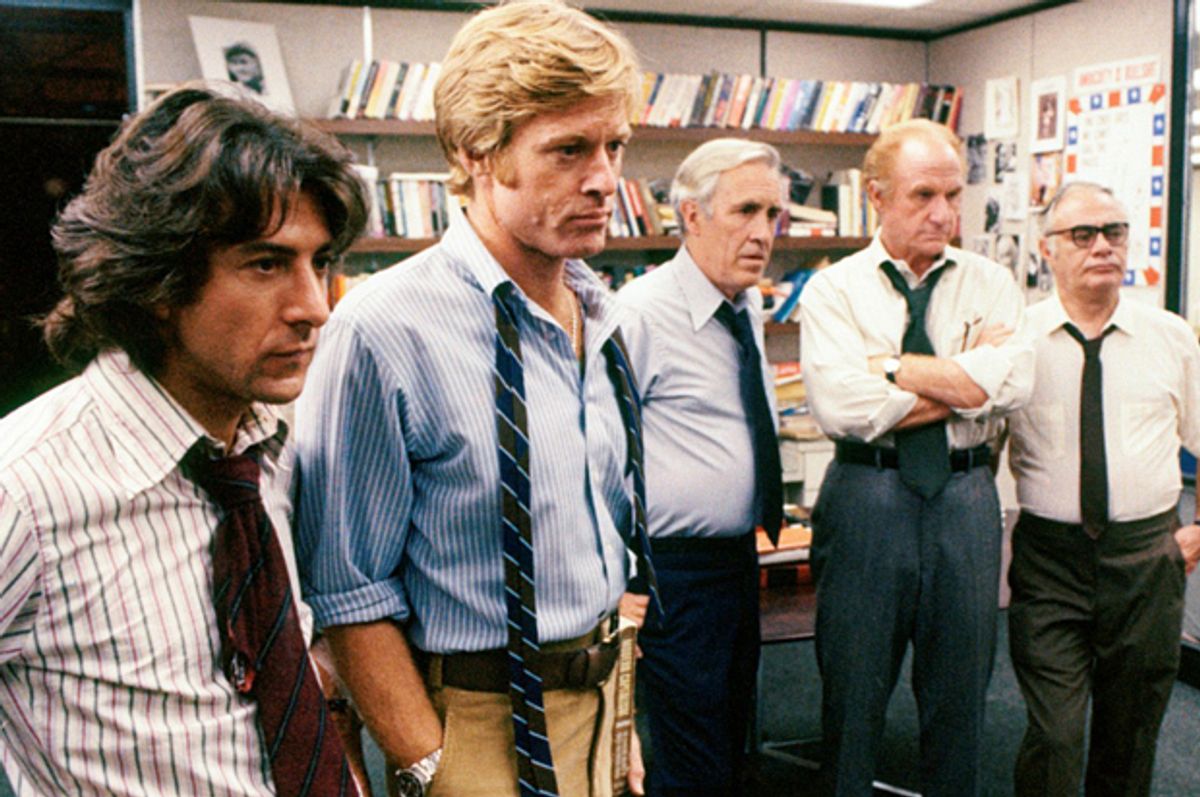 As a smartphone-obsessed journalist, there was never any doubt that I would click on the headline "How the Smartphone Ushered In a Golden Age of Journalism." And surprise! In the August issue of Wired, Frank Rose tells us that "journalism ... is holding its own."

"Great writing, investigative journalism, and deep-media storytelling" are not dead, writes Rose. "Mobile ... puts us face-to-face with the endlessly onrushing stream of events that journalists exist to capture."

I dearly want to believe that this is true. I am an optimist by nature, and even though I have personally witnessed the advent of the Internet wreak havoc on my profession, I'm still willing to believe that there is light at the end of the tunnel. I don't know whether I'm ready to dub the current age a "golden" one, but there do seem to be some hopeful signs. For one, we have clearly moved past the worst excesses of "Demand Media"-style algorithmically generated content. The rise of social media recommendations as a major driver of traffic appears to reward a good, in-depth story with more readers than did the previous era of search engine-dominated traffic. Meanwhile, people with smartphones are reading more news than ever before. And there is no doubt, as Rose points out, that a great deal of exciting investment and experimentation is currently taking place.

This is all good news. Maybe a decade or two from now we'll look back and realize that it was my particular generation of journalists, which got into the business just before the Internet changed everything, that was most savaged by the changing economics of the news business, while later generations would cut their teeth on new business models. One thing we know for sure: People still want to read the news, and where there is demand there will always be supply.

And certainly, if you are a reader, you already are flourishing in a golden age, with access to more content of all kinds than you can possibly consume.

But a golden age for readers doesn't necessarily translate into a golden age for writers or publishers. As Clay Shirky wrote in Medium earlier this week in an essay that pounded the very last nail into the coffin of print newspapers, "The death of newspapers is sad, but the threatened loss of journalistic talent is catastrophic."

And that's where it gets sticky.

The strangest thing about Rose's piece is that there isn't a single sentence that discusses the economics of the journalism business outside of the paragraph describing money that has recently been invested into it. But what kind of money is coming out of it? A true golden age of journalism, if it is to last more than a few ephemeral years subsidized by check-writing billionaires and venture-capital speculation, will require that publishers make a profit and writers and reporters can make a decent living.

But I'm not hearing from a whole lot of happy writers. If you are lucky, you might be able to command a freelance pay rate that hasn't budged in 30 years. But more people than ever work for nothing.

Yes, there are a handful of high-profile start-ups making waves, but it's not at all clear that they've replaced the hundreds and thousands of metro and foreign desk reporter jobs that have vanished in the last decade. In her book "The People's Platform," Astra Taylor reported that one 2011 study found "44.7 percent fewer reporters working in the [San Francisco] Bay area than a decade ago."

And "nationwide, the number of full-time reporters covering state capitals was cut almost in half between 2003 and 2009.

Those jobs disappeared because the economics of news gathering in the Internet age suck. Anyone who scans online news knows that budgets for all kinds of editors -- and particularly copy editors -- have been slashed to the bone. (We do not live in a golden age of typographically correct journalism, that's for sure.) The very latest insult: One of the supposed successes of the digital news age, the Huffington Post, is actively soliciting crowd-funded donations from readers to pay for a journalist to cover the ongoing misery in Ferguson, Missouri. Golden Age or Stone Age? You make the call.

In Wired, Rose lavishes praise on new premium apps from the New York Times, such as NYT Now, which presents "Times content along with news from around the web—posts from Boing Boing, PopMatters, Business Insider, and other sites the Times would barely have acknowledged a couple of years ago."

"As one NYT Now tester is said to have told the development team," writes Rose, "'It's the best Twitter feed I've ever seen.' Which is pretty much the point."

But so far, NYT Now doesn't appear to be making the New York Times a whole lot of money. At the end of July, the Times reported that during the second quarter of 2014, the paper added only 32,000 new digital subscribers. Meanwhile, overall revenue and profit both declined.

I suppose you can choose to believe that the New York Times is a slow-moving dinosaur, destined to go extinct and be replaced by the hot-blooded Gawkers and Voxes and BuzzFeeds of the world. But I don't know -- a world in which the Times is struggling to survive does not sound like the golden age of journalism to me.