The Boston native was freed to the United Nations and is reportedly on his way home, says John Kerry 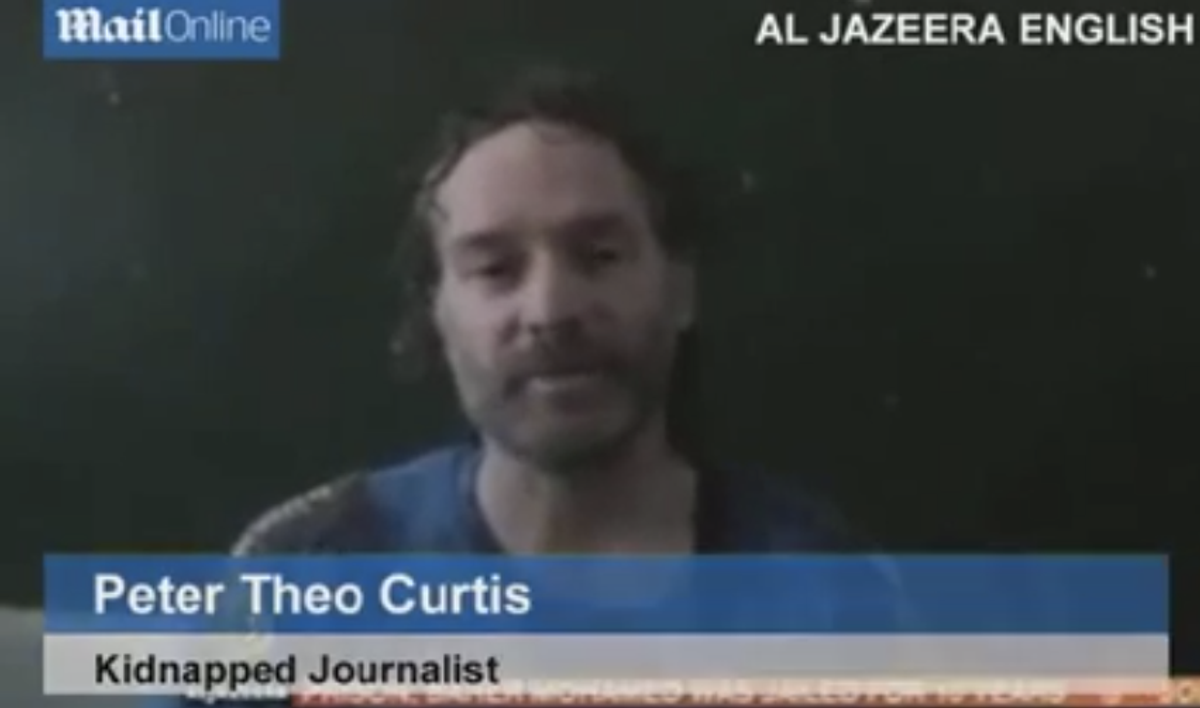 The United Nations released the following statement via its Web site: "The United Nations can confirm that it facilitated the handover of Peter Theo Curtis. He was handed over to UN peacekeepers in Al Rafid village, Quneitra, the Golan Heights, at 6:40 p.m. (local time) on 24 August 2014. After receiving a medical check-up, Mr. Curtis was handed over to representatives of his government."

Following the news, Secretary of State John Kerry expressed relief "that Theo Curtis is coming home,” and said in a statement that “Over these last two years, the United States reached out to more than two dozen countries asking for urgent help from anyone who might have tools, influence, or leverage to help secure Theo’s release and the release of any Americans held hostage in Syria.”

The release comes just days after ISIS released a video in which militants decapitated U.S. journalist James Foley, who was also kidnapped in Syria in 2012. The Times reports that though the Nusra Front and ISIS were united, "ideological and tactical differences" have separated the groups, including criticism from the Nusra Front that the methods of ISIS are too brutal.

ISIS reportedly still has three American citizens in captivity. In their video executing Foley, ISIS threatened to kill one of the captives, journalist Steve Sotloff, unless America meets the terrorist organization's demands.