Why the VMAs are the best awards show ever created 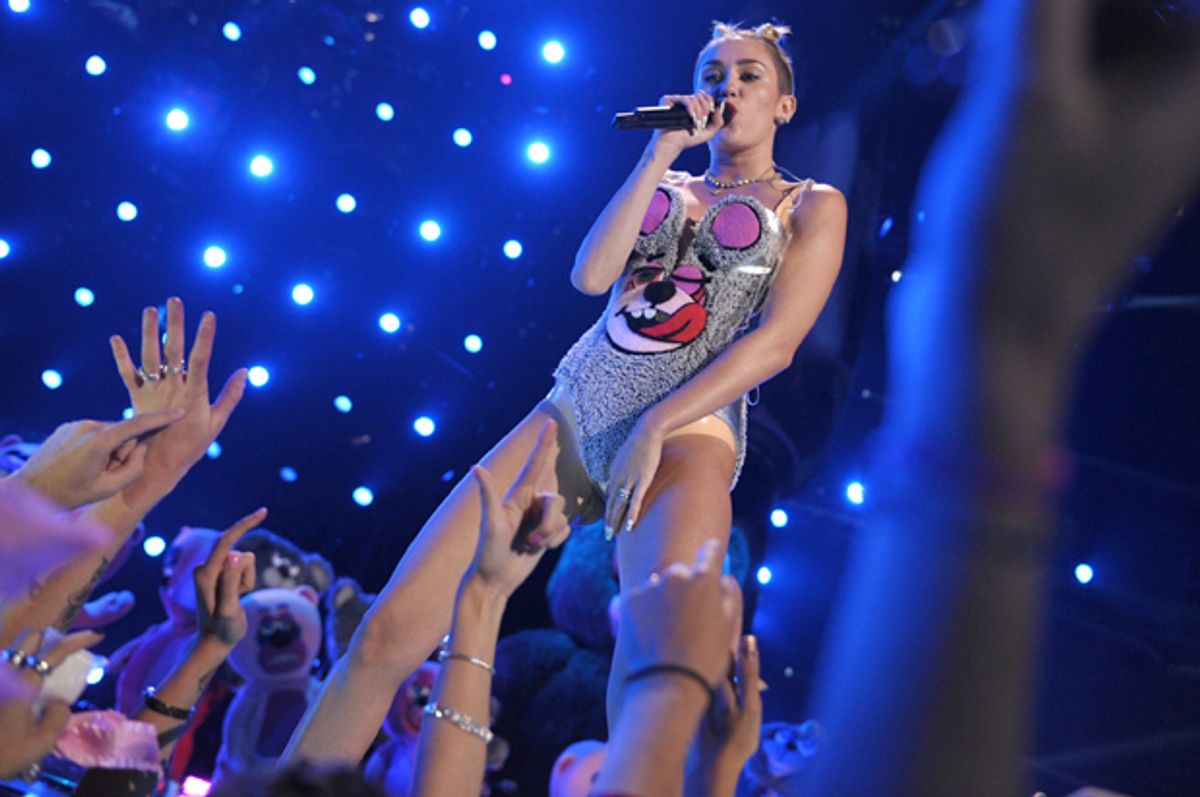 After a long stretch of off-years, MTV’s Video Music Awards are finally back to their rightful place in the culture -- as the best awards show out there, not despite, but because of, the utter irrelevance of the awards themselves. More established and serious awards shows tend to be resistant to change, but if the producers want to make a show that is actually worth watching, they should take some hints from MTV.

Going into last year, I was disheartened by how much the awards ceremony seemed to lose its currency; the 2012 VMAs had been little-watched and stocked with stars who felt like nostalgia acts (Green Day, Alicia Keys, Pink), and there was no reason to believe 2013’s awards show -- which was promoted largely around a reunion for Justin Timberlake’s '90s boy band *NSync and a performance by Lady Gaga two years after her commercial peak -- would be any different. Then the Miley Cyrus performance happened.

Cyrus’ performance is emblematic of what the VMAs, at their best, can do. The awards ceremony is scheduled in late summer, when little else is generally happening on TV; it’s the perfect time for well-executed trolling or spectacle. Cyrus’ dance with Robin Thicke and a foam finger -- in addition to provoking uncomfortable discussions about sexuality, cultural appropriation and her treatment of her dancers -- was proof positive that pop stars can still move the culture. Cyrus’ reputation, today, as a controversial and notorious star is based largely on that five-minute performance; without it, she’d be successful, but she wouldn’t be Miley, one of the most entertaining figures of the past 12 months.

What the Video Music Awards do best is provide ultra-contemporary stars the opportunity to cement their images via meticulously planned stunts. Cyrus has described her VMA mien as “strategic hot mess,” an act of cartoonish sexuality as self-aware as Britney Spears’ 2001 snake-dancing, designed to prove she had grown out of her Mouseketeer days, or Beyoncé’s 2011 announcement of her pregnancy onstage, which was more the story than her music. These are the sorts of defining performances the show used to produce at least once a year -- but they'd grown more sporadic.

What the show does far less well is connect stars who are aging past the zeitgeist with a younger audience; Timberlake, who’s still a music superstar, apparently presumed that competently running through his hits would be enough to make him the biggest celebrity news story of the night. It certainly would have been at a more staid awards ceremony. Beyoncé will be competing against younger contemporaries like Iggy Azalea and Ariana Grande for performance of the night, determined not by objective musical quality but by weirdness or outrageousness or likelihood to get retweeted.

Other awards shows are far more abashed, suffused with respectability and good taste. The Grammys, to which the VMAs feel like a rejoinder, don’t just spend more time on the actual “awards” than do the VMAs, they also don’t feel as loose or exciting. Publicity stunts, such as they are, at the Grammys tend to be built around unexpected and often disastrous duets whereby musical acts seek credibility or chops. The VMAs are barely about music, let alone awards -- they rely on and reinforce pure celebrity.

It’s all a bit heady; last year’s awards show, which featured a few failed publicity stunts in addition to Cyrus’ successful one, was one I was happy to see end. But in a culture that is so celebrity-obsessed, it's refreshing to see an awards show that makes no pretensions about the role it plays: giving stars a chance to shamelessly build their own buzz.