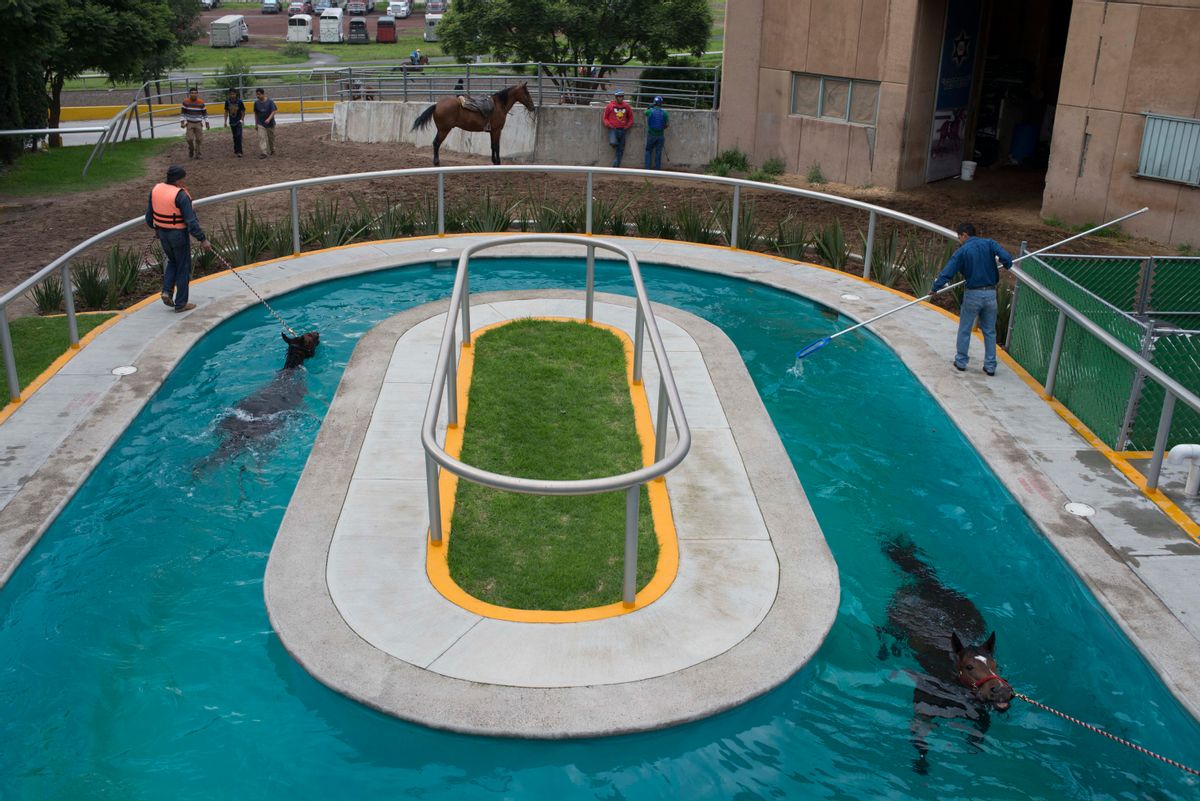 In this Wednesday, July 2, 2014 photo, horses swim in a treadmill hydrotherapy pool while another employee scoops dirt out of the pool at the Hippodrome of the Americas in Mexico City. The low-impact therapy helps the horses recover from rigorous exercise and racing. (AP Photo/Sean Havey) (AP)
--

In Mexico, race horses recovered from rigorous exercise by swimming in a hydrotherapy pool at the capital city's Hippodrome of the Americas. At the track, female apprentice jockeys trained on mock horses made of hay bales as they try to break into the historically male-dominated sport that hasn't seen a woman ride professionally since 2005.

A boy in Peru embraced the abandoned cats with leukemia his mother cares for at their home in the capital of Lima. Meanwhile, small scale fishermen were up at sunset at Ancon harbor on Lima's outskirts.

Supporters of Haiti's former President Jean-Bertrand Aristide rallied outside his home as the popular former leader faces possible arrest for not providing court-ordered testimony in a criminal investigation.

In Mexico City, workers continued drilling into underground rock for what will be Latin America's largest sewer system by 2018, and the country launched a special police force to combat industrial, farm and business crime that extended throughout the economy.

Argentine chocolate factory workers continued to produce sweets, saying they believed their jobs are safe after the country's recent default, even though thousands in the automotive, steel and meat industries have lost work. The government of President Cristina Fernandez, meanwhile, proposed changing how it pays holders of the country's debt, shifting it out of the U.S. financial and legal systems as a way to end the default triggered by a legal battle with U.S. investors.

This gallery was curated by photo editor Leslie Mazoch in Mexico City.